SS to Pay $100(s) of Billions to Illegal Workers

I wrote a blog recently regarding a comment made to the WaPo by Steve Goss, the boss at the SSTF. Goss confirmed that as of 2007 SS had collected as much as $240b from undocumented workers. That blew my mind. I knew there had to be money, big money. But I did not think it could be that high. The number has grown since 2007, and the whole ball of wax is earning interest. So where is this money going to go? I’ll refine the issue:

Assume: A person comes illegally to the US and illegally obtains a fake SS and using that fake # finds work. This person stays in the US continuing to work illegally for many years. During that period this person has SS payroll taxes deducted from their paycheck. This person returns to (Mexico) and at age 62 applies for SS retirement benefits.
Question: Is this person entitled to receive benefits? If so what are the conditions for payment?
Well, I got this wrong. So did all the people I asked (including a lawyer). How about you? The answer is that an illegal worker using an illegal SSN has the same rights to SS benefits as a legal worker with a legal SSN. The only difference is that the person who worked illegally must receive those SS benefits outside of the USA.

In 2006 the Ensign Amendment was drafted to eliminate this interesting treatment. The bill was defeated in the Senate by a 49-50 vote. Senator Leahy (D.Vt.) said at the time:

"We should not steal their funds or empty their Social Security accounts. "That is not fair. It does not reward their hard work or their financial contributions. It violates the trust that underlies the Social Security Trust Fund."

Goss put a number of $240b as of 07 out there. I took that estimate and extrapolated where it might be today. I came up with 1/3 of a trillion. What might be the future liabilities of SS regarding this? About $500b. Should that be the result, that amount MUST be paid (and spent) outside of our borders. This makes no sense to me. None of it does. But that is the way it is.

My original post was bashed to pieces at another site, Angry Bear. There were some interesting comments that I participated in. A lady that works for SS made some important contributions. She had a fair bit to say. She explained how the SSN’s are illegally obtained. She describes her role in facilitating payments to beneficiaries who worked in the US illegally and that used fraudulently obtained SSNs. The AB site does not like me and what I write. Neither do their contributors. The lady who made available the clarifying information does not like me much either. Her final thoughts:

Sir, give this up. It is dishonest, misleading and wrong to do what you are doing. I am finished writing to you on this subject.

The entire discussion can be found here. Some cut and pastes from the comments section:

SS does not keep track of benefits paid by beneficiary immigration status. That is because as far as the program goes, it doesn't matter. Earnings in, benefits out. To emphasize, it is perfectly legal for a person to receive SS benefits on wages earned while in the country illegally as long as the person receives those benefits outside the US. It has always been legal as far as I know. I was hired as a bilingual speaker of Spanish to process these claims and did so personally or in a supervisory capacity.

They (SS) hired me to take claims from people who were insured for benefits, illegal or not. Then, of course, people can go home and get checks. This is LEGAL. Believe it or not, perfectly legal. If Congress had intended to, it could have passed a law making all those quarters of coverage disappear. But, they didn't and they haven't and I'd be surprised if they ever do.

Again, the real kick in the pants is that the money MUST be paid out of the country. Who says America does not have great legislators and great laws? No wonder we are becoming second rate. 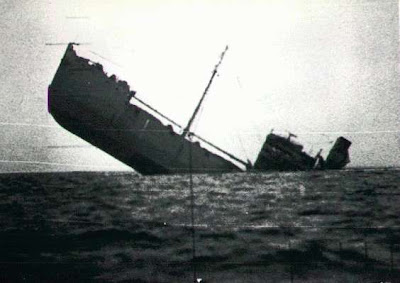