Student Loan Debt Hell: 21 Statistics That Will Make You Think Twice About Going To College 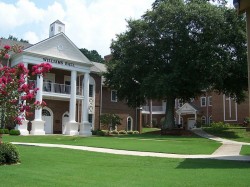 Is going to college a worthwhile investment?  Is the education that our young people are receiving at our colleges and universities really worth all of the time, money and effort that is required?  Decades ago, a college education was quite inexpensive and it was almost an automatic ticket to the middle class.  But today all of that has changed.

At this point, college education is a big business.  There are currently more than 18 million students enrolled at the nearly 5,000 colleges and universities currently in operation throughout the United States.  There are quite a few "institutions of higher learning" that now charge $40,000 or even $50,000 a year for tuition.  That does not even count room and board and other living expenses.  Meanwhile, as you will see from the statistics posted below, the quality of education at our colleges and universities has deteriorated badly.  When graduation finally arrives, many of our college students have actually learned very little, they find themselves unable to get good jobs and yet they end up trapped in student loan debt hell for essentially the rest of their lives.

Across America today, "guidance counselors" are pushing millions of high school students to go to the very best colleges that they can get into, but they rarely warn them about how much it is going to cost or about the sad reality that they could end up being burdened by massive debt loads for decades to come.

Yes, college is a ton of fun and it is a really unique experience.  If you can get someone else to pay for it then you should definitely consider going.

There are also many careers which absolutely require a college degree.  Depending on your career goals, you may not have much of a choice of whether to go to college or not.

But that doesn't mean that you have to go to student loan debt hell.

You don't have to go to the most expensive school that you can get into.

You don't have to take out huge student loans.

There is no shame in picking a school based on affordability.

The truth is that pretty much wherever you go to school the quality of the education is going to be rather pathetic.  A highly trained cat could pass most college courses in the United States today.

Personally, I have had the chance to spend quite a number of years on college campuses.  I enjoyed my time and I have some pretty pieces of parchment to put up on the wall.  I have seen with my own eyes what goes on at our institutions of higher learning.  In a previous article, I described what life is like for most "average students" enrolled in our colleges and universities today....

The vast majority of college students in America spend two to four hours a day in the classroom and maybe an hour or two outside the classroom studying. The remainder of the time these "students" are out drinking beer, partying, chasing after sex partners, going to sporting events, playing video games, hanging out with friends, chatting on Facebook or getting into trouble. When they say that college is the most fun that most people will ever have in their lives they mean it. It is basically one huge party.

If you are a parent and you are shelling out tens of thousands of dollars every year to pay for college you need to know the truth.

You are being ripped off.

Sadly, a college education just is not that good of an investment anymore.  Tuition costs have absolutely skyrocketed even as the quality of education has plummeted.

A college education is not worth getting locked into crippling student loan payments for the next 30 years.

Even many university professors are now acknowledging that student loan debt has become a horrific societal problem. Just check out what one professor was quoted as saying in a recent article in The Huffington Post....

“Thirty years ago, college was a wise, modest investment,” says Fabio Rojas, a professor of sociology at Indiana University. He studies the politics of higher education. “Now, it’s a lifetime lock-in, an albatross you can’t escape.”

Anyone that is thinking of going to college needs to do a cost/benefit analysis.

Is it really going to be worth it?

But sadly, hardly anyone that goes to college these days gets a "good" education.

To get an idea of just how "dumbed down" we have become as a nation, just check out this Harvard entrance exam from 1869.

I wouldn't have a prayer of passing that exam.

We really do need to rethink our approach to higher education in this country.

Posted below are 21 statistics about college tuition, student loan debt and the quality of college education in the United States....

#2 In 2010, the average college graduate had accumulated approximately $25,000 in student loan debt by graduation day.

#3 Approximately two-thirds of all college students graduate with student loans.

#4 Americans have accumulated well over $900 billion in student loan debt. That figure is higher than the total amount of credit card debt in the United States.

#5 The typical U.S. college student spends less than 30 hours a week on academics.

#9 50% of U.S. college students have never taken a class where they had to write more than 20 pages.

#10 32% of U.S. college students have never taken a class where they had to read more than 40 pages in a week.

#12 Federal statistics reveal that only 36 percent of the full-time students who began college in 2001 received a bachelor's degree within four years.

#13 Nearly half of all the graduate science students enrolled at colleges and universities in the United States are foreigners.

#14 According to the Economic Policy Institute, the unemployment rate for college graduates younger than 25 years old was 9.3 percent in 2010.

#15 One-third of all college graduates end up taking jobs that don't even require college degrees.

#16 In the United States today, over 18,000 parking lot attendants have college degrees.

#17 In the United States today, 317,000 waiters and waitresses have college degrees.

#18 In the United States today, approximately 365,000 cashiers have college degrees.

#19 In the United States today, 24.5 percent of all retail salespersons have a college degree.

#21 Approximately 14 percent of all students that graduate with student loan debt end up defaulting within 3 years of making their first student loan payment.

There are millions of young college graduates running around out there that are wondering where all of the "good jobs" are.  All of their lives they were promised that if they worked really hard and got good grades that the system would reward them.

Sometimes when you do everything right you still can't get a job. A while back The Huffington Post featured the story of Kyle Daley - a highly qualified UCLA graduate who had been unemployed for 19 months at the time....

I spent my time at UCLA preparing for the outside world. I had internships in congressional offices, political action committees, non-profits and even as a personal intern to a successful venture capitalist. These weren't the run-of-the-mill office internships; I worked in marketing, press relations, research and analysis. Additionally, the mayor and city council of my hometown appointed me to serve on two citywide governing bodies, the planning commission and the open government commission. I used to think that given my experience, finding work after graduation would be easy.

At this point, however, looking for a job is my job. I recently counted the number of job applications I have sent out over the past year -- it amounts to several hundred. I have tried to find part-time work at local stores or restaurants, only to be turned away. Apparently, having a college degree implies that I might bail out quickly when a better opportunity comes along.

The sad truth is that a college degree is not an automatic ticket to the middle class any longer.

But for millions of young Americans a college degree is an automatic ticket to student loan debt hell.

Student loan debt is one of the most insidious forms of debt.  You can't get away from student loan debt no matter what you do.  Federal bankruptcy law makes it nearly impossible to discharge student loan debts, and many recent grads end up with loan payments that absolutely devastate them financially at a time when they are struggling to get on their feet and make something of themselves.

So are you still sure that you want to go to college?

Another open secret is that most of our colleges and universities are little more than indoctrination centers.  Most people would be absolutely shocked at how much unfiltered propaganda is being pounded into the heads of our young people.

At most colleges and universities, when it comes to the "big questions" there is a "right answer" and there is virtually no discussion of any other alternatives.

In most fields there is an "orthodoxy" that you had better adhere to if you want to get good grades.

Let's just say that "independent thought" and "critical thinking" are not really encouraged at most of our institutions of higher learning.

Am I bitter because I didn't do well?  No, I actually did extremely well in school.  I have seen the system from the inside.  I know how it works.

It is a giant fraud.

If you want to go to college because you want to have a good time or because it will help you get your career started then by all means go for it.

Just realize what you are signing up for.