The Japanese have finally stepped up to the plate in support of a weaker Yen. They spent $10+ billion buying dollars and got two big figures in the FX rate for their effort. I doubt that it will last for a week.

With the Japanese hand being played out the market will be looking at the other “Strong” currency, the CHF. If the market can’t make money selling dollars (and Euros) for Yen then it is likely that the market will turn its full attention on the Swissie.

The 1.30 exchange rate for the EURCHF is already hurting Swiss exporters, farmers and tourism. It is likely to get worse before it gets better. With that in mind I thought it was interesting to see that the Swiss Trade Union, “SGB” is calling for the Swiss National Bank to either step up its intervention efforts or establish a two tier exchange rate system. From NZZ today:

The monetary authorities should intervene directly in the foreign exchange market, SGB representatives demanded on Wednesday before the media. Export companies should also switch to a special rate euro against Swiss francs.

This kind of talk will make the SNB chief Philipp Hildebrand quake. He knows that he/the SNB is functionally powerless to stop the appreciation of the Franc. In the biggest days of intervention they were doing 1-2 billion of sales. How big is the market? The SNB estimates it is 250b a day. Conclusion? The SNB does not stand a chance.

The SNB reserves are in dollars, Euros and gold. At this point they are taking big losses on their currency holdings. The numbers to be announced soon could push another 8 billion Francs for the quarter. There is a limit to what the SNB can absorb. And the market knows it.

With this in mind the notion of a two-tiered FX rate makes some sense. The free rate would be allowed to float wherever the markets might take it. Exporters would have access to a subsidized rate from the SNB and thus would be largely insulated from market gyrations. The SNB would have losses to be sure. But those losses would go directly to the exporters and not the speculators in the FX markets. In that sense it is not a hard sale to the Swiss people. The flip side is that a lot of the Swiss want a stronger franc. They can travel outside the country and shop at a much cheaper cost.

To me the idea of a two-tiered franc is crazy. If implemented it would be a modern day “Smoot-Hawley” type of event. The EU would go nuts and retaliate. Half a dozen other countries would copy the Swiss move and we would be looking at a major breakdown in global trading. From these types of steps global recessions are born.

But the flip side is will tiny Switzerland roll over and let the global markets dictate their economy? That would seem unlikely as well. So something has to give. The most unlikely outcome is that the Swissie weakens against the dollar and the major crosses.

We are going to hear more protectionist talk in the coming days. The Japanese have said (through last night’s intervention) that they do no want to import more global deflation. So they have teed this up. Where it goes is anyone’s guess. But there are very few soft landing scenarios out there that I can think of.

If (when) the EURCHF gets to around 1.25 there will be some action. If it is first renewed intervention and that proves both costly and a failure the talk of a two-tiered franc will come on the table. I doubt the Swiss are just going to sit there and get rolled over. The Great Sucking Noise will get much louder if that should be the result. 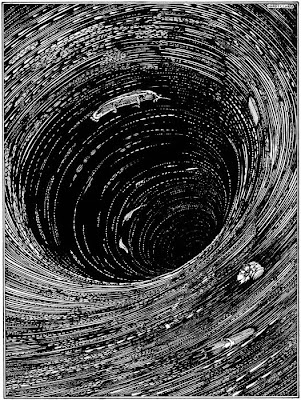