All sides in Washington agree that the corporate tax structure is a mess. The 35% top bracket is too high. It encourages many US companies to shift operations outside the US. As that happens jobs leave our borders. This has been known and understood by all the deciders in D.C. for a long time.

Could changes in the tax code lead to a reversal of the trend? Possibly. That being the case, “Who might the winners and who might be the losers” is a good question to ask. A partial answer to that question comes from Martin Sullivan (ex Treasury economist) in testimony last week before the House Ways and Means Committee. He used this slide :

The following discussion makes some important points on who gets hit and who will win:

As the table shows, low effective tax rates are common in industries like pharmaceuticals and computer equipment where it is easy to shift technology and manufacturing to low-tax jurisdictions. In industries where customer markets and the provision of services are largely domestic, the opportunities for reducing taxes through cross-border profit shifting are limited.

This list is worth keeping as the issue of changes in the tax code is contemplated. Should the result be that the statutory rate is lowered to ~25% (and foreign breaks are eliminated) those companies who have taken maximum advantage of the existing Code to move profits and operations overseas will get hit the hardest.

Allow me a rant. In the table above it is quite clear that GE takes the most aggressive action to shift its production/earnings outside the country to avoid paying federal taxes. Another way to put this is that GE has done very well in minimizing its US payroll. At the end of 2009, GE employed 36,000 more people abroad than it did in the U.S. In 2000, it was the opposite. Since Immelt took over in 2001, GE has shed 34,000 jobs in the U.S. But it's added 25,000 jobs overseas.

The shareholders at GE might look at these results and vote to give Mr. Immelt a pay raise. But the American people should look at this and say, “GE is the poster boy for our problems”.

But Obama has just made Immelt his advisor on the economy and jobs creation. The guy who has done such a good job at GE in avoiding US taxes and moving jobs overseas is now advising the President on how to do exactly the opposite.

This is just crazy. The results prove that GE is no friend of America. Jeff Immelt wakes up every morning thinking about what is good for GE shareholders (as he should). But what is best for GE is not best for America. Immelt has a tremendous conflict between his day job and his responsibilities as advisor to the President.

Post the November election Obama is doing all that he can to appear to be a centrist. He is trying to warm up to corporate America. Immelt is his “show pony”. I don’t think he could have made a worse choice. He will regret it before the next election. 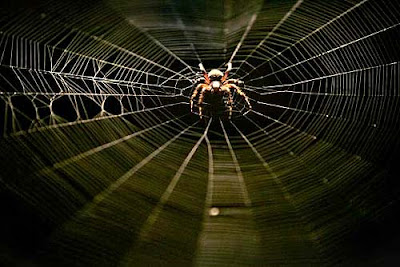