There Goes Those Fancy eBook Aspirations from Apple, Barnes and Noble, and Amazon: 100,000’s of FREE eBooks from the Public Library

Sometimes the best laid plans can be put out to pasture due to a lack of foresight in regards to the ever changing, liquid landscape known

as the Internet. What fascinates me so much about the Web is that it is the great democratizer, it brings down the barriers to entry and allows for unfettered information flow. For instance, who would have thought that your local public library could lay low the massive aspirations media and retail titans such as Amazon, Barnes and Noble, and Apple? Put simply, why would you buy an eReader from these vendors for several hundred dollars, then go ahead and spend more money buying the eBooks for said reader when you can simply download the books from your local public library’s website into the equipment you already have? Okay, I know why those Apple heads would do it – because they want to spend money on Apple products,,, the eBooks may look cooler with that shiny Apple logo-thingy indicating that you too have donated unnecessarily to the Steve Jobs’ enrichment fund, but how about the rest of the vendors???

As a matter of fact, you can kill several birds with one stone simply by buying one of the recent Android phones. Google is really on to something here, and the growth potential of Android is simply phenomenal. When those Android tablets get moving at Kmart for $100… Whoops, there goes that Amazon Digital eBook business model. 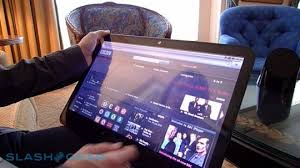 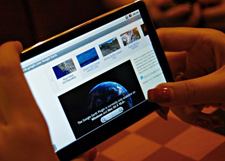 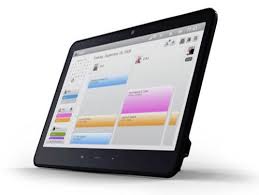 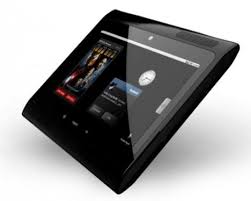 Think about this! Hundreds of thousands of titles freely and legally downloadable from your local public library to play on your $150 tablet with standard ports, HD video, the whole 9 yards, or maybe just on your cell phone. Android can scale pretty high in the capability department and reach rather low in the price category as well.

NY’ers, check this out from your NYC Public Libraries:

These books use DRM protection administered by Overdrive. Guess what platforms they won’t play on (okay, I’ll spoil it for you – the two front runners in the space – Apple’s iPAd and Amazon’s Kindle!). Of course you can always pick up one of those Android phones, or even a Microsoft Windows 7 phone…

More on the Creatively Destructive Pace of Technology Innovation