If you believe the press you would think that John Boehner (R.OH. ) and the White House are having a love-fest over the debate on what to do with the Bush Tax cuts that are expiring in 3+ months. Rubbish. This is going to be a slug-fest. Take Boehner on his word that he was willing to consider a deal where those over $250k get stiffed while those under that mark get a break. That still leaves two very big issues to be resolved. (I) The AMT and (II) BABS (Build America Bond program).

Focus on BABS. This is an ARRA subsidy for municipal borrowers. It allows them to borrow in the taxable market (at higher rates) but Treasury reimburses the borrower for 35% on the interest cost. It was supposed to be ‘revenue neutral’ as the interest gets taxed. The reality is that most of this has gotten into tax-protected hands and therefore it is not neutral. BABS has been up for a renewal for months. The Republicans hate it. Even the WH was willing to water it down. They wanted to drop the subsidy to 30% and reduce it further over a period of years. (Classic)

The Republicans are not going to roll over. And the Dems are not in love with BABs either. It is just another fee generator for Wall Street. So I think BABs is dead. At a minimum the subsidy will fall significantly below the 30% proposal by the WH. Either way the window of opportunity is closing.

Now consider this article from Bloomberg. A description of the latest BABS deal:

The CFO for a big Muni project has these deep thoughts:

“I need to borrow mega bucks sometime in the next 24 months. Yields are at dirt levels today. Plus that BABS ‘bonus money’ may be going away. I would look stupid if I did not try to capitalize on that. Hmmm. I am going to call Merrill right now and pull a deal off the shelf for a 'half-yard'!”

From the Bloomberg article:

Both the University of Texas and University of California have Build America offerings of more than $500 million scheduled in the next two weeks.

If BABs does get gutted (as it should) then the window will close in a few months. Everyone with a deal that is ‘ready to go’ will try to close it by year-end. Wall Street will moan with the big flow. That means they will charge bigger fees and higher spreads and with that incentive they will push out every deal that they can.

BABs issuance is $131b year to date. That is a “chunky” number. It will ramp up. It is all long duration paper. That will be small compared to what Tim Geithner has on offer. Then there are the corporates who can’t believe how cheap they can raise money. The regular Muni’s and the dollar-based sovereigns have bonds for sale too. It will add up to big numbers in the next three months. We might see some old-fashioned supply and demand stuff impacting bond prices. That would be a hoot.

Note:
Half of Wall Street and most of the TV talking heads are saying the Fed is going to launch a trillion dollar QE POMO buy any day now. I don’t see that happening. There is no emergency today. The S&P is at 1120, the economy is still growing. No need for more emergency measures at this time. Better to keep that powder dry.

Bernanke reads screens too. He saw what happened in gold and the $ today. Those markets made big gap moves to record levels in part on the expectation that a big QE is coming. I doubt Ben will gamble a blowup in gold and the dollar at this time. I don’t think that scenario is priced into the credit market. 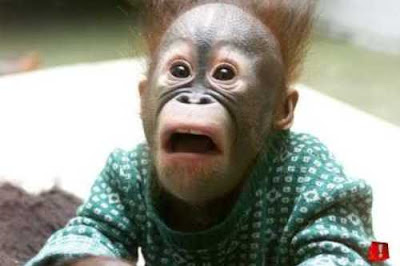