European airline carriers secured billions worth of government support since the start of the coronavirus pandemic. 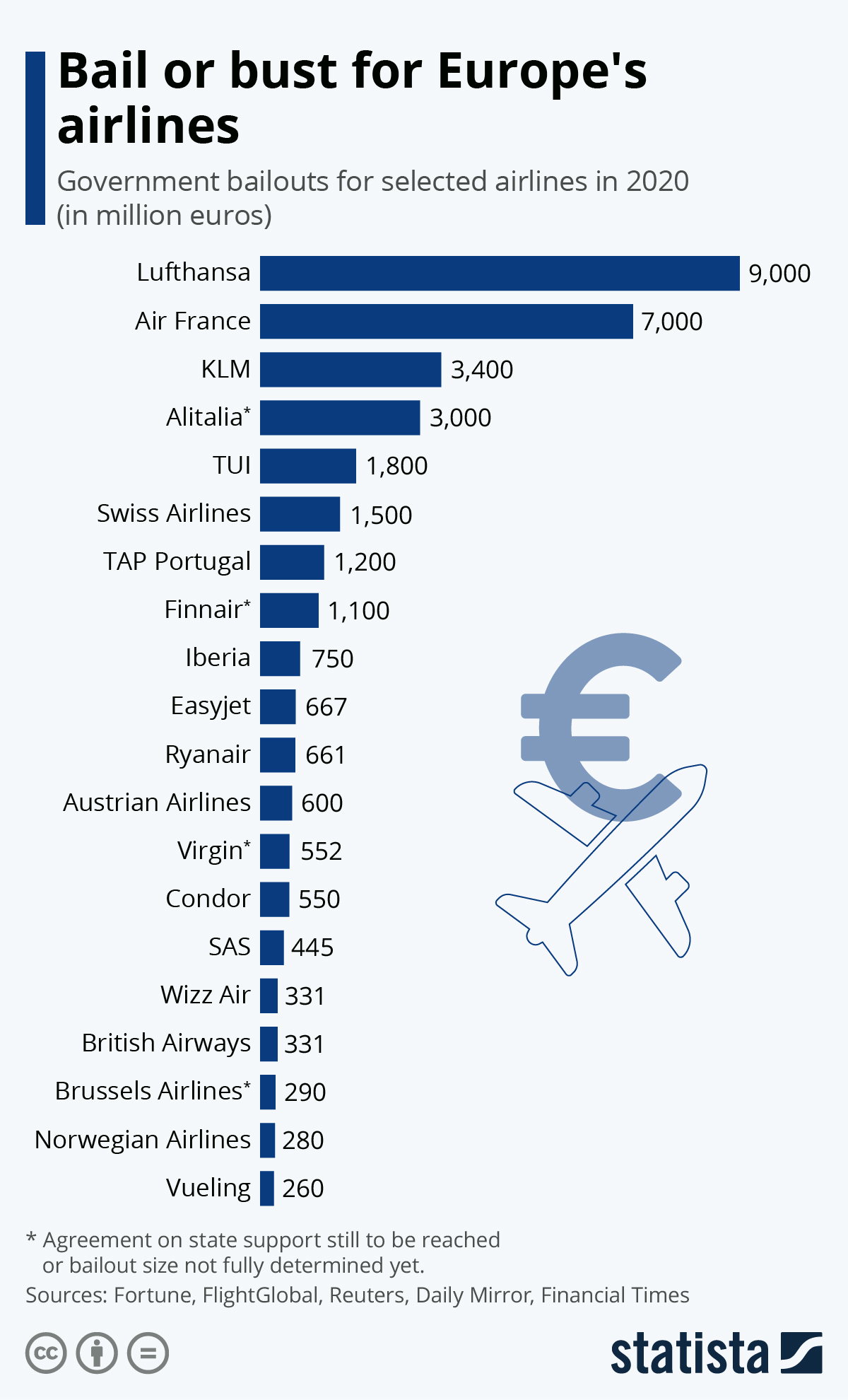 On June 26, for example, the Netherlands announced the details of its financial support for KLM with a bailout package worth of 3.4 billion euros.

However, as Statista's Raynor de Best notes, this support comes at a cost for the airlines, as most European governments attach environmental conditions to their support.

This is because the sector's greenhouse gas emissions kept growing up until 2020. Between January and June 2019, for example, carbon emissions from departing flights that originated from Austria and Finland grew by 19 and eight percent, respectively.