Rare earth elements (REE) are metals used in many of today's key technologies, such as wind turbines, phone screens and even electric motors.

As this infographic from Statista's Martin Armstrong reveals, anyone who needs one of these 17 chemical elements will have a hard job sourcing them from anywhere but China. 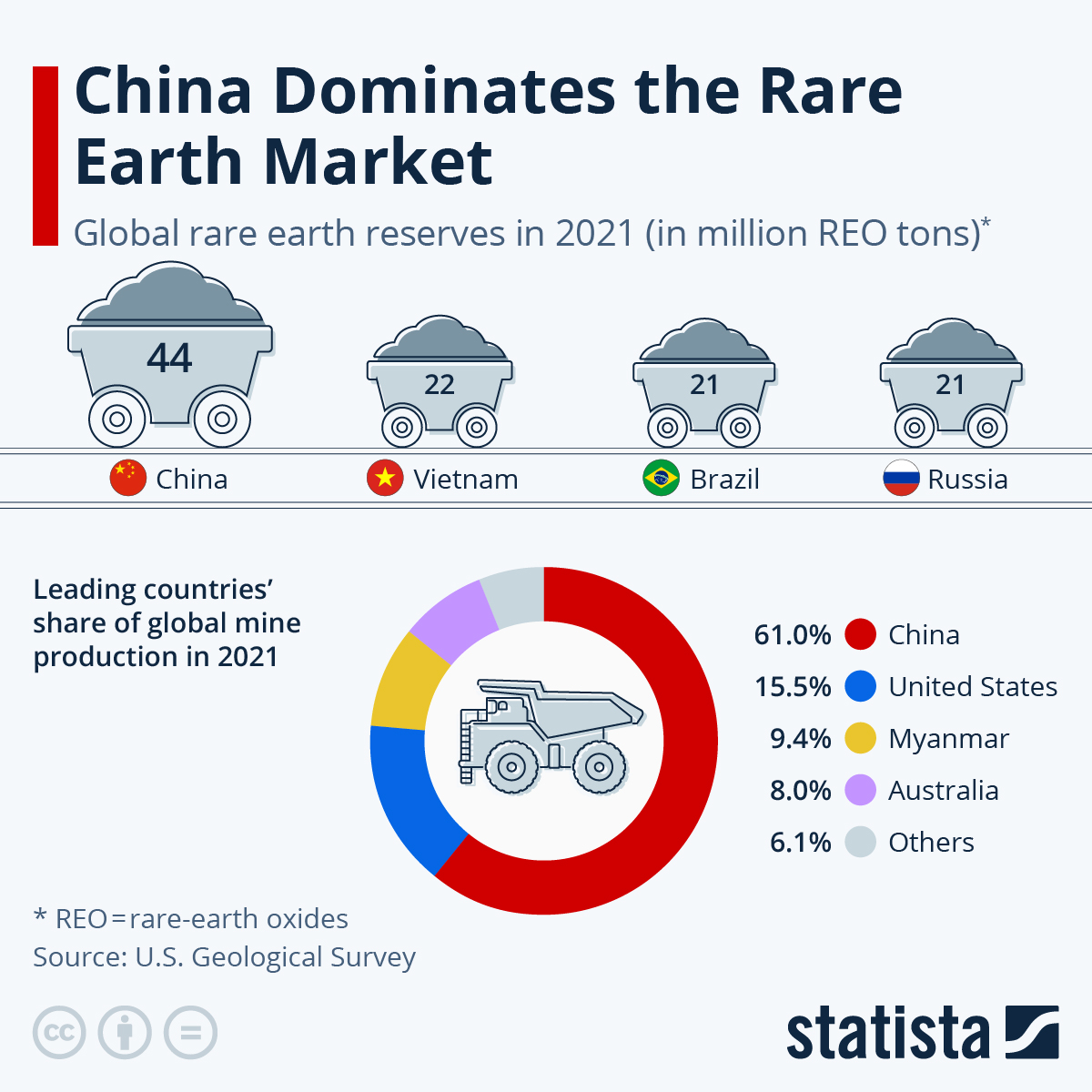 The People's Republic has the world's largest reserves of these not so rare metals.

According to analysis by the U.S. Geological Survey, around 44 million tons of REO (rare earth oxides) lie dormant in the Chinese soil.

The second largest stockpile is in Vietnam, but according to geologists' estimates, it is only half as large as China's, at 22 million REO tons. Likewise, more than 20 million tons are believed to lie hidden beneath Russian and Brazilian ground.

While not catapulting it to a rare earth superpower, Sweden just announced the discovery of what could be the largest known deposit in Europe - an area estimated to contain over one million metric tons of REO.

Currently, rare earths are being mined nowhere in Europe, with 98 percent of rare earths used in the EU in 2021 imported from China.

China is responsible for around 61 percent of global mine production and thus mines by far the largest share of the elements traded on the world market.

The United States, on the other hand, while the second largest producer, is a small player relatively speaking with a market share of around 15.5 percent.