The volume of goods transported around the globe by container ships has increased continuously in recent years.

As Statista's Katharina Buchholz details below, according to data from the Hong Kong Marine Department shows that ports in Asia, especially in China, are increasingly dominating the industry. 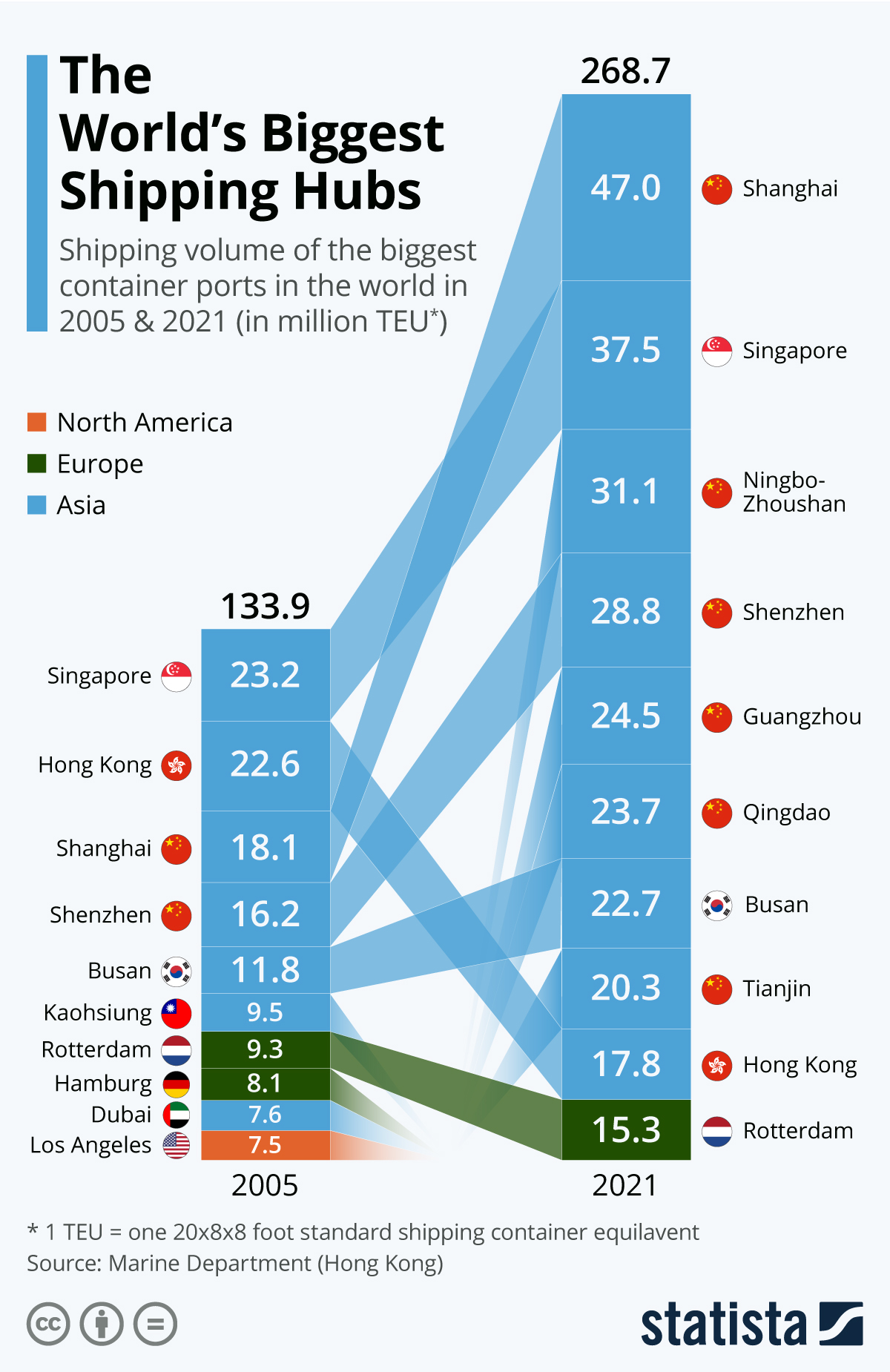 In 2005, there were still two European and one North American port in the ranking of the biggest shipping hubs in the world.

Asian ports have grown at a fast rate in recent years. In addition to several Chinese ports, Singapore and Busan in South Korea also make the top 10 ranking. In Malaysia, Taiwan and Thailand, completely new shipping hubs have emerged.

In contrast to the production of goods, the increases in port size in Asia are not an indication that the Asian port technology itself in more innovative, faster or more competitive. According to experts, the development of port infrastructure simply reflects the growth in trade flows.

Maritime shipping suffered setbacks in the coronavirus crisis as supply chains around the globe were disrupted. Shipping volumes initially declined as factories in Asian production hubs closed down, only to be overstretched as restocking needs in receiving countries caused a shipping boom later in the pandemic.