On Capital Flight and Forced Repatriation

There are some folks in America who will wake up this morning and read that Jefferies has been sued for its role in a bond deal with MF Global and they will vote with their feet (Zero hedge Link). They will close their accounts with JEF and move to a safer address. That’s an example of capital flight.

There are people all over the globe who have looked at the rapid un-gluing of the financial system and have bought gold as a safe haven. That’s another example of capital flight.

Every time that something stupid crosses the tape from one of the EU deep thinkers the US bond market catches a bid. Yet another example of capital flight.

I could go on for a bit with this. There are dozens of examples. All around the globe one can find evidence that money is moving around with the sole purpose of finding someplace “safe”. Capital flight is a perfectly logical consequence in today’s world. Barely a day passes where we are not reminded that nothing is safe any more. Not our currencies, not our equities, not our bonds and certainly not our banks/brokers.

-The Bank could default. The principal in the account is at risk.The guarantee (up to E100k) is from the government. What's that worth?

-The government could default. The chaos that would follow would result in a freeze of all bank balances.

-The government could announce one morning that it was re-establishing the Drachma. This would mean that any Euros in a Greek bank would be automatically converted into Drachmas at the old official rate. The value of those Drachma would be worth half (or less) as a result of the immediate devaluation that would occur.

Put yourself in the mind of a Greek who had some savings in a local bank. What would you do? You would do whatever you could to get your money to high ground. It would be perfectly reasonable for you to do that. And that is exactly what the Greeks have done. They’ve moved billions of Euros to Swiss banks in an effort to preserve their wealth. In the process they have crippled the Greek banks and have added to the downward spiral in Greece and the rest of the EU.

There was (IMHO) a very significant development on this front last week. A move is being made in Brussels to “force” the Swiss government/banks to transfer all of the assets of Greek citizens back to the Greek banks. For a Greek this means that your money is hostage. It has been functionally expropriated. It will be transferred into a banking system that is fraught with risk. Some portion of the money that goes back to Greece will certainly be lost.

I have talked with some who I know in Athens. They are out of their minds with this development.

- BRUSSELS—The European Commission is helping Greece negotiate an agreement with Switzerland to repatriate as much as $81 billion believed to be hidden in Swiss bank accounts, a high level European Union executive body official said Nov. 17.

$81 billion?? That’s massive. This is not the shopkeeper or pensioner. This is big bucks and that means the Greek shippers. It is a fact that the Greek government doesn’t tax the foreign earnings of the shippers. Call that a mistake, but that is the law. As a result, the shippers have held huge bucks in Switzerland. It’s not dirty money. Right or wrong, there was no legal tax on this.

The European Commission is working with Switzerland and Greece stop what it believes is an ongoing exodus of money from Greek bank accounts into Swiss and other offshore banking centers, the EU official said.

The only way to stop capital flight is to address the underlying causes of the flight. That can’t happen in Greece for years. The alternative is to trap the money, force it to go where it is at most risk. The owner of the money will have no choice. Any rights they might have to preserve their assets will be abrogated.

I’m amazed at this development. The Swiss government/banks are obligated to cooperate with EU tax authorities when there is evidence of tax fraud. But that is not what this is about. The people in Brussels and Bern know that. The fact is that the Greek tax system is so screwed up that there simply are no taxes levied on certain types of income/capital (the shippers). No doubt, some of the Greek cash that is in Switzerland is there because of tax avoidance. But the vast majority is simply safe haven money.

The word “Repatriation” sounds nice enough but really it means “Theft and expropriation”. There will be nothing voluntary about this. There will be little (if any) due process.

If this happens (the folks in Brussels are pushing hard) a very dangerous precedent will have been set. Flight capital will have been made illegal. Where might this go?

-It will go to Spain very quickly. After that it will go to Italy where there are truly huge fortunes outside the country. I see a development like that as being a lights out event.

-It will come to the USA. EU residents have tons of assets here.

-Money that is subject to forced repatriation back to countries with weak banks and bankrupt governments will seek the last remaining safe haven, gold. If governments go so far as to repatriate money, they would also not hesitate to make gold ownership illegal. That too would be a lights out event.

We have a situation developing where the technocrats in Brussels are trying to institute capital controls. They have put a gun to the Swiss government to achieve their objectives. They will likely succeed. The fear of broader capital controls and more repatriation will spread like wildfire. The fact is, capital flight is a very reasonable response in our current environment. Capital controls that either stop or reverse it will undermine confidence and create a panic.

Those officials in Brussels have no idea what they are unleashing. 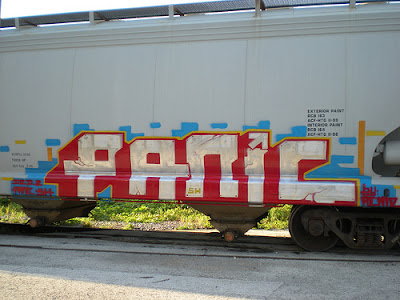