I was thinking of writing a book. “The Coming Age Warfare”. If I did get around to it, the following story might be the first chapter. Like most wars, the one I see coming between young and old will simmer for years. Along the way there will be skirmishes that result in injury and bad feelings. I find this example comical. But there is nothing funny about it.

Three members of Congress have shot a cannon at the American Association of Retired Persons (AARP). Republicans Herger (CA), Boustany (LA) and Reichert (WA) sent a letter to the head of the IRS asking that the tax status of AARP be reviewed. 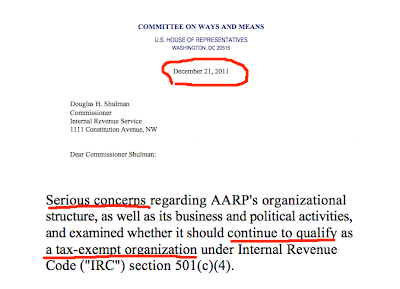 AARP is a 501(c)(4). That means they pay no taxes at all. Sort of like a church. At first look this might make sense. After all, the AARP is a non-profit that is just trying to help out the oldsters. Right?

We are disappointed that the letter seeks to decry the exact kind of pro-consumer, market-changing efforts that AARP has led since our founding in 1958.

You can bet the folks over at the AARP are “disappointed” that some congressmen have sic’ed the IRS on them It’s worth $150mm a year to them.

I wouldn’t worry about the AARP just yet. They have an army of political friends and some big shot lawyers. It’s a safe bet that the IRS sits on this until 2013 when a (potentially) new IRS Commissioner has the corner office. In the meantime, one can expect that the AARP will direct their campaign investments contributions wisely. They will support those candidates who will push to preserve the cushy tax status of the AARP.

This business with tax breaks for the AARP (and other big 501(c)(4)s) is another good example of how screwed up our tax laws are. The current system just creates carve-outs and preferences for powerful groups. Why? The answer is that those same powerful groups have control over the outcome. 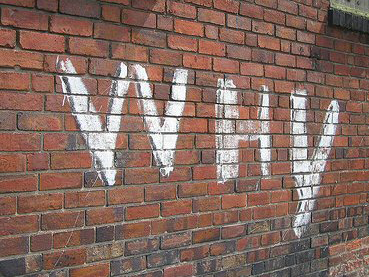