I've had numerous email exchanges with a former Solyndra employee. I wrote about this on 9/19. 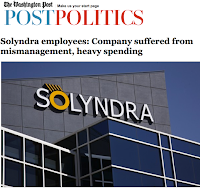 The Washington Post has an article out that suggests that a portion of the government’s $535mm loan was wasted in the final few months of the company’s existence. The article quotes a different former employee, Peter M. Kohlstadt. WaPo also makes reference to “$344mm” as a number relating to the cost/value of the manufacturing facility built by Sol (Fab2).

I contacted my guy and asked for clarification between his version of events and those described by WaPo. His words:
On where the DOE money went

As far as I know, 100% of the DOE loan went to the construction and development of making the bare field that existed into a working, functioning 200+ Mw solar facility.

The price tag for transforming the bare, empty field into the 200+ Mw solar facility was 775+ million dollars; 535 million slated from the DOE + a series of big equity rounds at the same time or a some a little later.

Who put up the money to build Fab2?

The "money" for the full cost of Fab 2 was:
535 million DOE loan;
240+ million from preferred stock equity/convertible note to pref.

If you look at the press releases of Solyndra, right at the time of loan announcement, Solyndra announced one such round.

The guaranteed loan, expected to provide debt financing for approximately 73% of the project costs, will allow Solyndra to initiate construction of a second solar panel fabrication facility (Fab 2) in California

Remember, a fab is highly sophisticated, highly modern integrated mfg facility. The cost to transform a shell building to such a facility is huge.

Note: Fab2 was completed. It came in slightly under plan. When it was completed it produced panels. It met the design specifications.

The DOE loan was fully funded for more than nine months before Sol went BK on 9/6. All of the loan proceeds were spent on the construction of Fab2. It’s not possible that any money spent by the company in the final months were related to the DOE financing.
.
Think of the construction of Fab2 as a commercial real estate deal. There was 25%+ equity to debt. That is not at all unreasonable. When the plant was completed, the DOE had a first lien on an operating, state of the art facility. There was a “tenant” (SOL) that would use this factory. The thinking was that there would be a profit from the sales of panels. That would pay for the factory.

Of course that did not happen. Global prices for solar panels collapsed. Classic supply and demand was influenced by excess investment in production capacity by virtually all industrial country's governments. Even SOL's new plant could not make a buck in that environment.
.

On WaPo’s article in general

The story is laughable. I love how they use "research engineers" as guides to sales, and whether monies were being used properly. Money was spent fast, we had sharp market windows to catch. Welcome to the real world, research engineers. Second, I believe one of them has a very serious "bee in his bonnet", as I know that Kohlstadt (one of the named engineer sources) filed suit over the layoff within a day of the layoffs.

More on the WaPo

Note: The WaPo article was critical of a contract that was awarded by SOL to VDL (Dutch company). The following is a discussion of the role that VDL played. This is “wonkish” (and snarky) engineering talk. I provide it to give some credibility to the source. You can’t make this stuff up.

Yes, VDL was brought in with "loan in hand". The predicate for the tool was not loan in hand, it was the fact that the tool was targeted at the most time consuming portion of the assembly.

Each tube was placed into another, "stuff" was placed inside, an optical and protective fluid was placed into the tube, the contacts were made between the inner tube and the outer contact, and the outer seals were hermetically sealed. And, the unit was subject to about 4 individual tests in this process. Each of these steps was performed at an individual station with associated time delay in between. The simple reason was that *no one* had ever made this form factor before and we had to design each step of the process (and each specialized tool to do the function.....)

So yes, we contracted with VDL to build a highly automated machine to collapse all these steps into one. The reason: feed the machine the inner tube PV device, the outer sealer tube, the special "stuff" for the inside, the optical coupling fluid, and the end contacts, you press one button and blammo, presto at the other end you get a complete module and with far more efficiencies than a series of steps on individual machines

So the term "the company had never built that kind of equipment" should actually be read as "no one in the blimey world had ever built that type of equipment"...... and it is a bare sentence with no conclusion. Just lets you do the self-insinuation crap that passes for journalism these days.

My posts with the information from this Solyndra source have not been popular with readers. I’ve introduced this person to individuals in the MSM. They don’t like his story either. There is no smoking gun. Sorry.

Solyndra (and all the other FFB/DOE energy loans) are a policy failure by the administration. They should never have been providing debt capital for Silicon Valley start ups. That is a private sector function. FAB2 should not have been built. DOE should never have provided the financing. But they did, and the factory was built according to plan. SOL was a disaster for everyone involved. But it was not a scam. 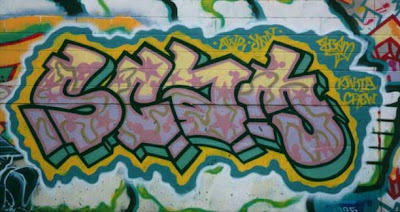