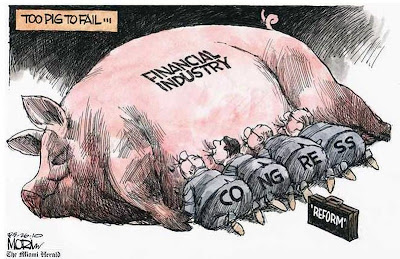 The bottom line is that apparently some warehouses and bullion dealers are not a safe place to store your gold and silver, even if you hold a specific warehouse receipt. In an oligarchy, private ownership is merely a concept, subject to interpretation and confiscation.

Although the details and the individual perpetrators are yet to be disclosed, what is now painfully clear is that the CFTC and CME regulated futures system is defaulting on its obligations.  This did not even happen in the big failures like Lehman and Bear Sterns in which the customer accounts were kept whole and transferred before the liquidation process.

Obviously holding unallocated gold and silver in a fractional reserve scheme is subject to much more counterparty risk than many might have previously admitted.  If a major bullion bank were to declare bankruptcy or a major exchange a default, how would it affect you? Do you think your property claims would be protected based on what you have seen this year?

You always have counter-party risk if you hold gold and silver through another party, even if they are a Primary Dealer of the Federal Reserve. As Ben said, the Fed offers no seal of approval.

If a Bankruptcy Trustee can pool your bullion into the rest of the paper assets and then liquidate it at prices that are being front run by the Street, you will have to accept whatever paper settlement that they give you.

The customer money and bullion assets are not lost, or rehypothecated or anything else.  This is a pseudo-legal fig leaf, a convenient rationalization.

The customer assets were stolen, and given to at least one major financial institution by MF Global to satisfy an 11th hour margin call in the week of their bankruptcy, even as MF Global was paying bonuses to its London employees.

And in an absolutely classic Wall Street move, they are still charging the customers storage fees on the bullion which they have misappropriated from them. lol. 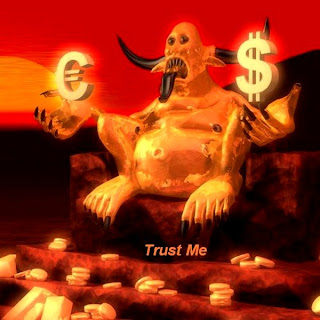 And now that powerful financial institution does not want to give the customer money and metal back. And they are apparently so powerful that the Trustee and the Court are reluctant to try and force its return to the customers, which is customary in this type of preferential distribution of assets prior to a bankruptcy, much less assets that were stolen. And keep in mind that in those last days the firm sent checks instead of wire transfers to customers so they could bounce them, and in a few cases even reversed completed wire transfers!

And so in the great Wall Street tradition they are trying to force the customers and the public to take the loss. The regulators and the exchange are aghast, and are trying to imagine how to resolve and spin this to preserve investor confidence and prevent a run on the system.

For many this would have been unthinkable only a few months ago. They had been cautioned and warned repeatedly, but chose to trust the financial system. And now they are suffering loss and anxiety, frozen assets, and the misappropriation of their wealth.

How more plainly can it be said? The US financial system as it now stands cannot be trusted to observe even the most basic property rights as it continues to unravel from a long standing culture of fraud.

Get your money as far away from Wall Street as is possible. And if you want to own gold and silver, take delivery and store it in a secure private facility outside the fractional reserve system.

It's one thing for $1.2 billion to vanish into thin air through a series of complex trades, the well-publicized phenomenon at bankrupt MF Global. It's something else for a bar of silver stashed in a vault to instantly shrink in size by more than 25%.That, in essence, is what's happening to investors whose bars of silver and gold were held through accounts with MF Global.The trustee overseeing the liquidation of the failed brokerage has proposed dumping all remaining customer assets—gold, silver, cash, options, futures and commodities—into a single pool that would pay customers only 72% of the value of their holdings. In other words,while traders already may have paid the full price for delivery of specific bars of gold or silver—and hold "warehouse receipts" to prove it—they'll have to forfeit 28% of the value.That has investors fuming. "Warehouse receipts, like gold bars, are our property, 100%," contends John Roe, a partner in BTR Trading, a Chicago futures-trading firm. He personally lost several hundred thousand dollars in investments via MF Global; his clients lost even more. "We are a unique class, and instead, the trustee is doing a radical redistribution of property," he says.Roe and others point out that, unlike other MF Global customers, who held paper assets, those with warehouse receipts have claims on assets that still exist and can be readily identified. The tussle has been obscured by former CEO Jon Corzine's appearances on Capitol Hill. But it's a burning issue for the Commodity Customer Coalition, a group that says it represents some 8,000 investors—many of them hedge funds—with exposure to MF Global...At stake is an unspecified, but apparently large, volume of gold and silver bars slated for delivery to traders through accounts at MF Global, which filed for bankruptcy on Oct. 31. Adding insult to the injury: Of the 28% haircut, attorney and liquidation trustee James Giddens has frozen all asset classes, meaning that traders have sat helplessly as silver prices have dropped 31% since late August, and gold has fallen 16%. To boot, the traders are still being assessed fees for storage of the commodities...