If there's one thing we've learned from the pandemic, it's that everybody has a slightly different approach to how they deal with the challenges it has presented.

Covid-19 has thrown up a lot of complex topics which both society and the individual have had to come to terms with and react to. However, as Statista's Martin Armstrong points out, where these differences get away from the realm of "normal" and understandable, however, is when people completely reject the reality of the situation, saying that the coronavirus is a myth - created by "some powerful forces" - and that the virus does not exist.

This is the wording used in a recent YouGov survey to gauge the extent to which populations believe this around the world. 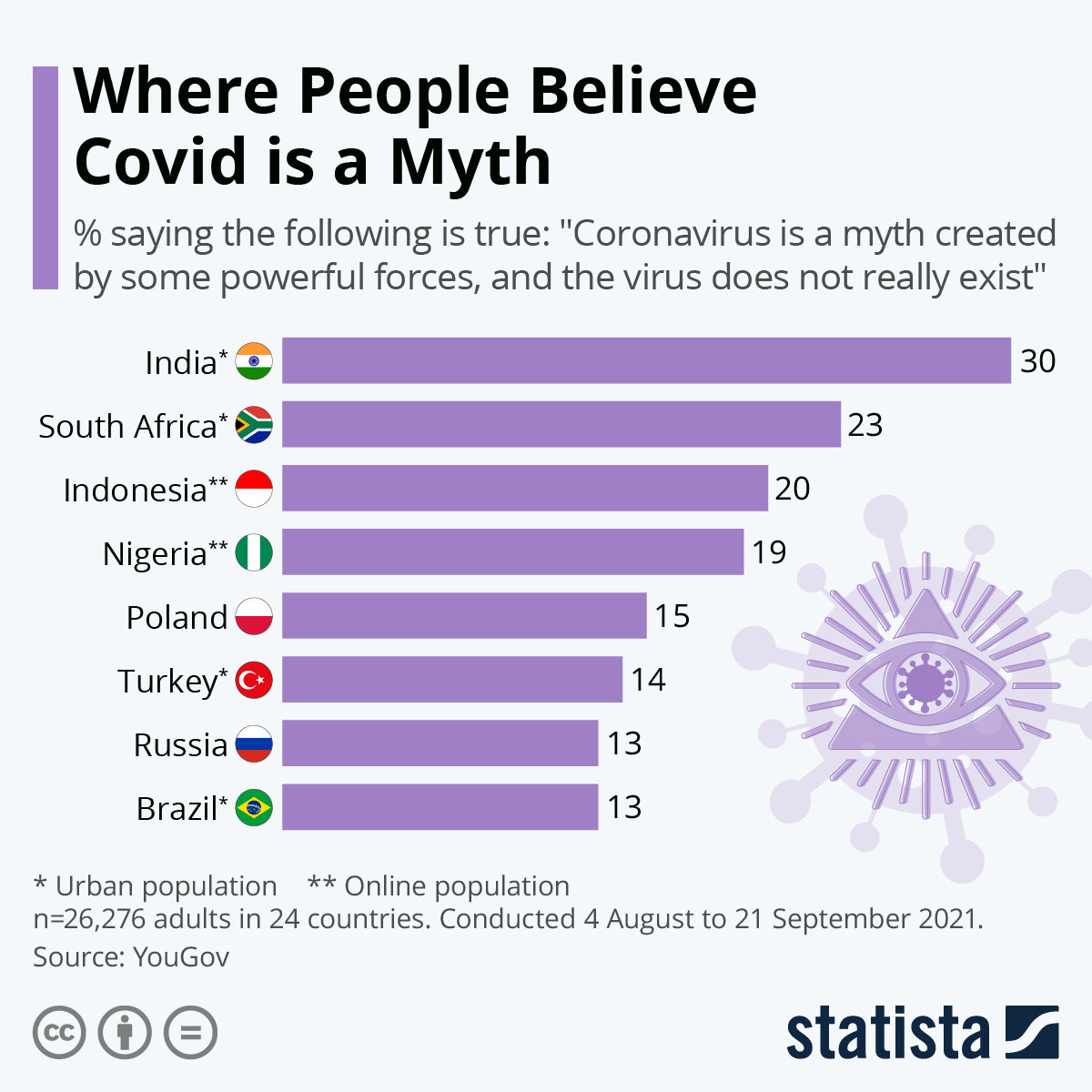 Of the 24 countries surveyed, belief in the conspiracy theory was most widespread in India, where 30 percent of (urban) respondents professed to sharing this view on the pandemic.

South Africa, Indonesia and Nigeria also stood out here, with 23, 20 and 19 percent, respectively.

At the other end of the scale, belief was least common in Japan, Sweden, Great Britain and Denmark - here the results were between three and five percent.