American students have a math problem. That’s according to the latest findings from the National Assessment of Educational Progress (NAEP), also known as The Nation’s Report Card.

As Statista's Felix Richter reports, the new batch of results, published by the U.S. Department of Education’s National Center for Education Statistics on Monday, confirms fears about the pandemic’s disruptive effect on education, showing significant declines in mathematics and reading scores among fourth and eighth graders. 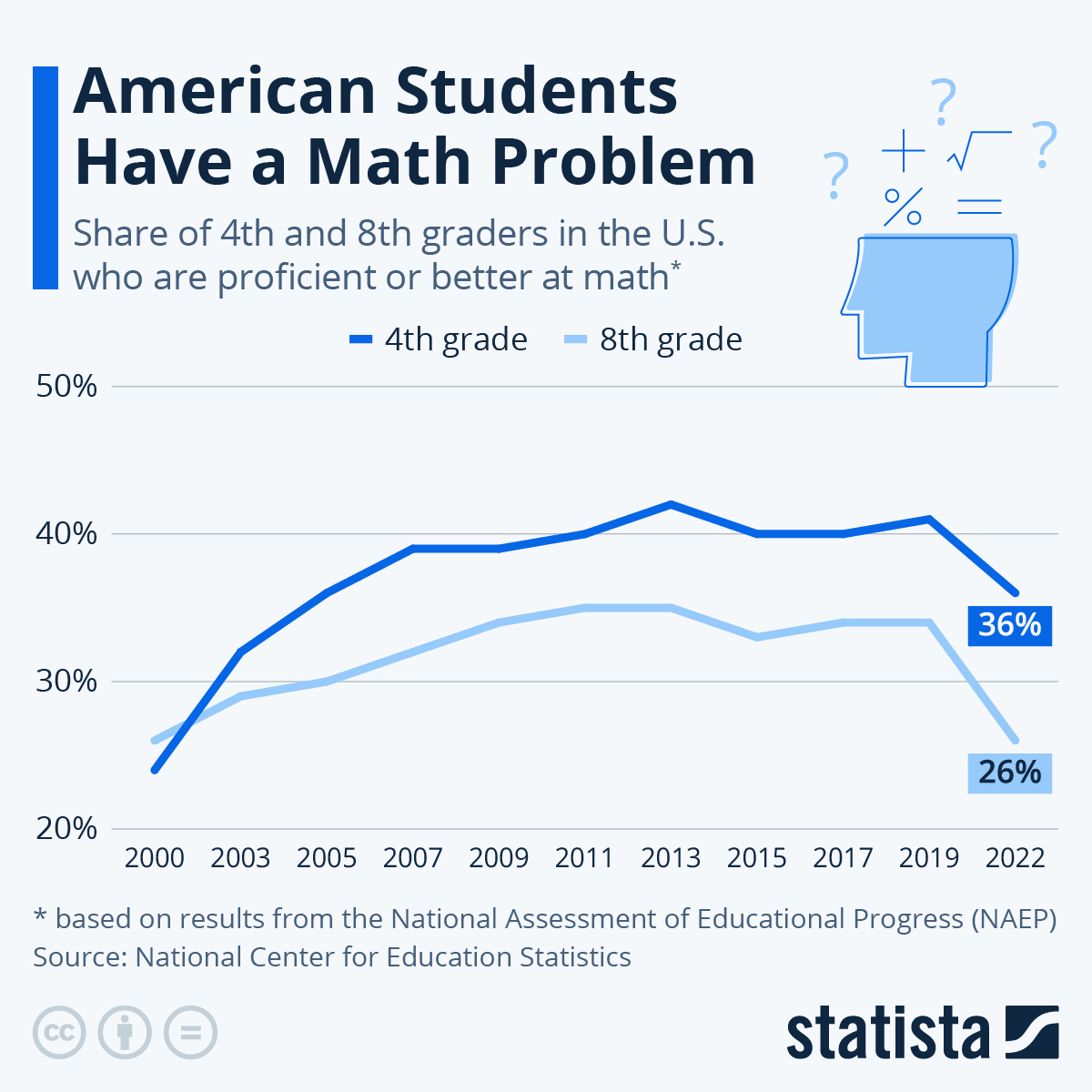 In fact, the decline in national average math scores was the largest ever recorded in the nationally representative assessment of student performance dating back to 1969. In the test’s first results since the pandemic began, just 26 percent of eighth graders showed proficiency in math, down from 34 percent in 2019. That’s the worst result since 2000, as math performance among eighth graders declined in 51 participating states and jurisdictions. Fourth graders fared just a little better with 36 percent achieving a proficient score, down from 41 percent three years earlier.

“The results show the profound toll on student learning during the pandemic, as the size and scope of the declines are the largest ever in mathematics,” NCES Commissioner Peggy G. Carr said in a statement on Monday, while her colleague Daniel J. McGrath, acting as NCES associate commissioner for assessment, warns of possible long-term effects.

“Eighth grade is a pivotal moment in students’ mathematics education, as they develop key mathematics skills for further learning and potential careers in mathematics and science,” McGrath said.

“If left unaddressed, this could alter the trajectories and life opportunities of a whole cohort of young people, potentially reducing their abilities to pursue rewarding and productive careers in mathematics, science, and technology.”