As Europe’s vaccine rollout is picking up pace, Statista's Felix Richter reports that the European Commission is doubling down on its use of mRNA vaccines, with the Pfizer/BioNTech shot central to its inoculation efforts. According to a statement, the European Commission is about to sign a deal with Pfizer/BioNTech for the delivery of 1.8 billion doses between 2021 and 2023, which would cement the drug’s central role in Europe's vaccination campaign.

According to the European Centre for Disease Control and Prevention, more than 80 million doses of Comirnaty – that’s the official name of the Pfizer/BioNTech vaccine – had been administered across the EU, Norway, Liechtenstein and Iceland by April 18, accounting for 70 percent of all doses administered by that time. 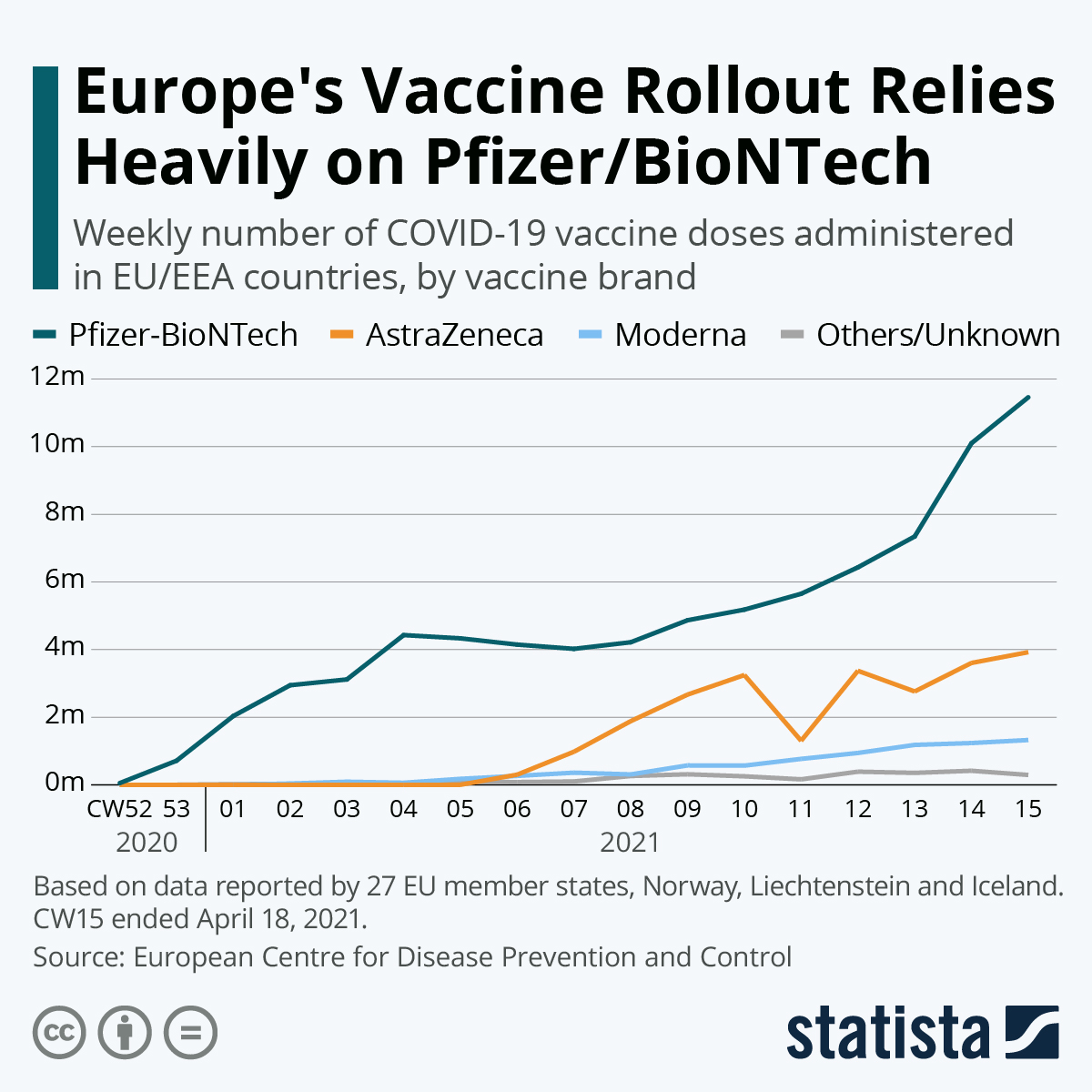 Following a brief period in which the drug’s share of weekly shots administered dropped below 60 percent as the rollout of the AstraZeneca vaccine began, Pfizer’s share of jabs given across Europe has risen back to 67 percent over the past few weeks.

The blood clot incidents associated with AstraZeneca’s vaccine as well as the company’s failure to meet delivery agreements have led the European Commission to prioritize mRNA vaccines going forward, with the new Pfizer/BioNTech deal a critical step in that direction.