As the UEFA Euros are underway across Europe, showcasing the return of spectator sports on the world stage, Japan is preparing to host an even bigger event in less than a month. With COVID cases down and the state of emergency freshly lifted in most of the country, it may look like the timing could hardly be better for the Olympics to come to Tokyo, at least under the given circumstances. However, as Statista's Feliz Richter notes, for many people in Japan the thought of hosting thousands of athletes, trainers, and media workers from all over the world in the middle of a pandemic remains daunting, especially under the specter of the more infectious delta variant of the coronavirus.

And while roughly 18,000 workers directly involved in the Tokyo Olympics will be vaccinated ahead of the Games, as the organizers recently announced, the same cannot be said of the Japanese population, which trails other rich countries by a wide margin in terms of vaccination progress. 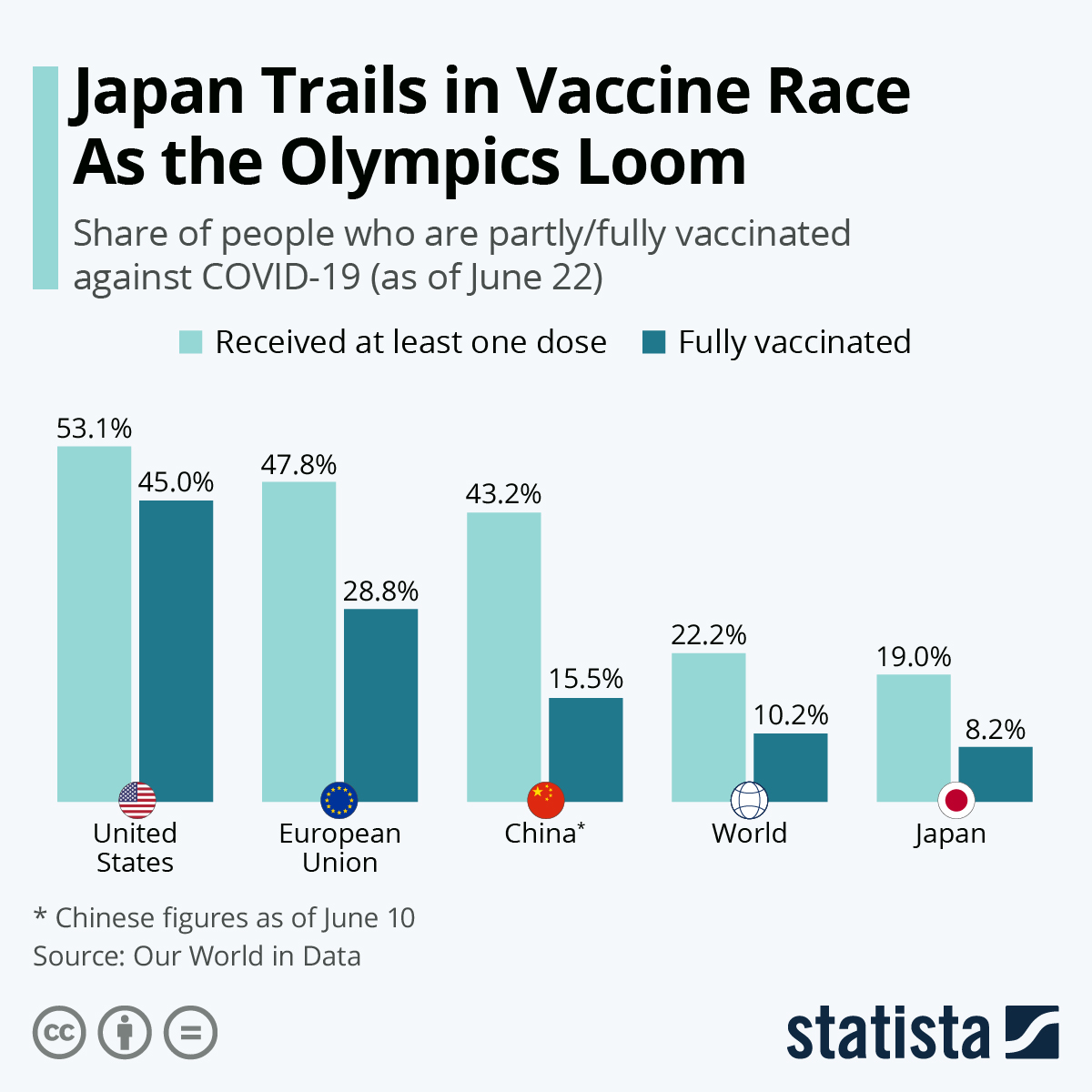 According to official figures tracked by Our World in Data, less than 20 percent of the Japanese population had received at least one dose of a COVID-19 vaccine by June 22, compared to 53 percent in the U.S., 48 percent in the EU and 43 percent in China. The contrast is even more startling when looking at fully vaccinated people, where Japan stands at a rate of just 8 in 100 people.

Tokyo 2020 will kick off with the opening ceremony on July 23 and competitions will be held until August 8. The spectator limit has been set at 50 percent of venue capacity up to a maximum of 10,000 people. Masks will be mandatory at all times and other rules to limit infection risk will be implemented. The Paralympic Games will be held from August 24 to September 5. A decision on spectator limits for the Paralympics will be made on July 16.