Earlier this week, Germans were finally able to enjoy an ever so slight loosening of COVID-19 restrictions which allowed many people to dash out for badly-needed haircuts. However, as Statista's Niall McCarthy notes, further relaxations are set to take substantially longer, as Europe's economic powerhouse trails the likes of Israel, the United States and the United Kingdom in the pace of its vaccine campaign.

A recent survey conducted by ZDF Politbarometer found that Germans are weary of restrictions and would support further easing. 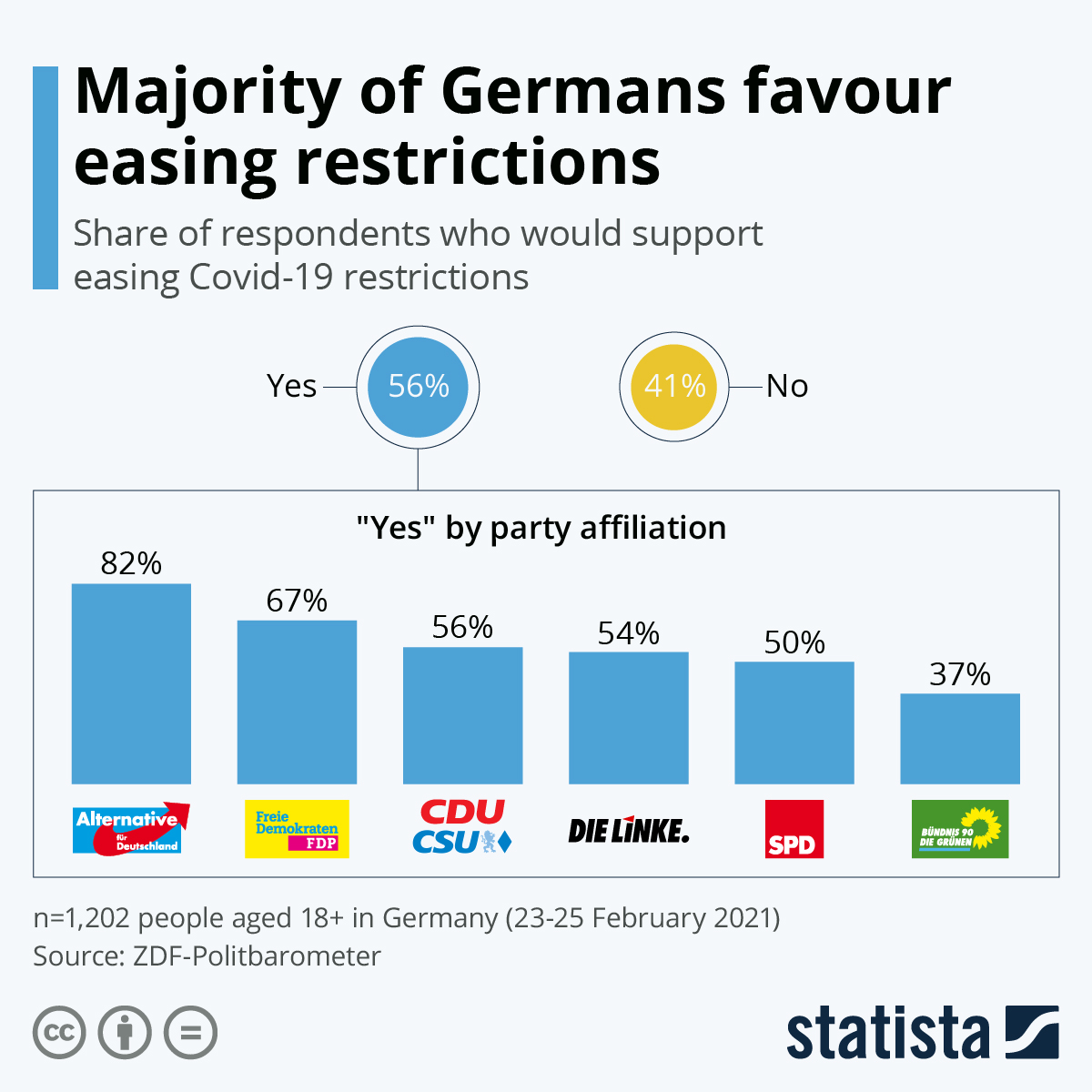 There is a clear picture by party supporters with the majority of supporters of conservative parties supporting easing the lockdown.

Above all, 82 percent of people supporting the right-wing AfD party say they want the country opened up. Voters of more left-wing parties tend to be far more cautious.