With the Tokyo Olympics just four days away, now would normally be the time for anticipation to build, for the Olympic spark to spread from the host country all over the world and for athletes to wrap up years of preparation.

This year though, as Statista's Felix Richer notes, with COVID-19 still lurking, things are sadly different.

The 2020 Summer Olympics, postponed to 2021 due to the pandemic, are widely met with a strange mix of indifference and dismissal. Amid fears of rising case numbers and aggressive virus variants, the Japanese people are firmly against the Tokyo Games, while the global public has trouble getting excited for yet another crowdless event, seemingly prioritizing commercial interests over public health concerns.

According to a recent Ipsos survey, an average of 57 percent of respondents across the 28 countries in which the poll was conducted are opposed to holding the games this year, with Japanese opposition particularly strong at 78 percent. 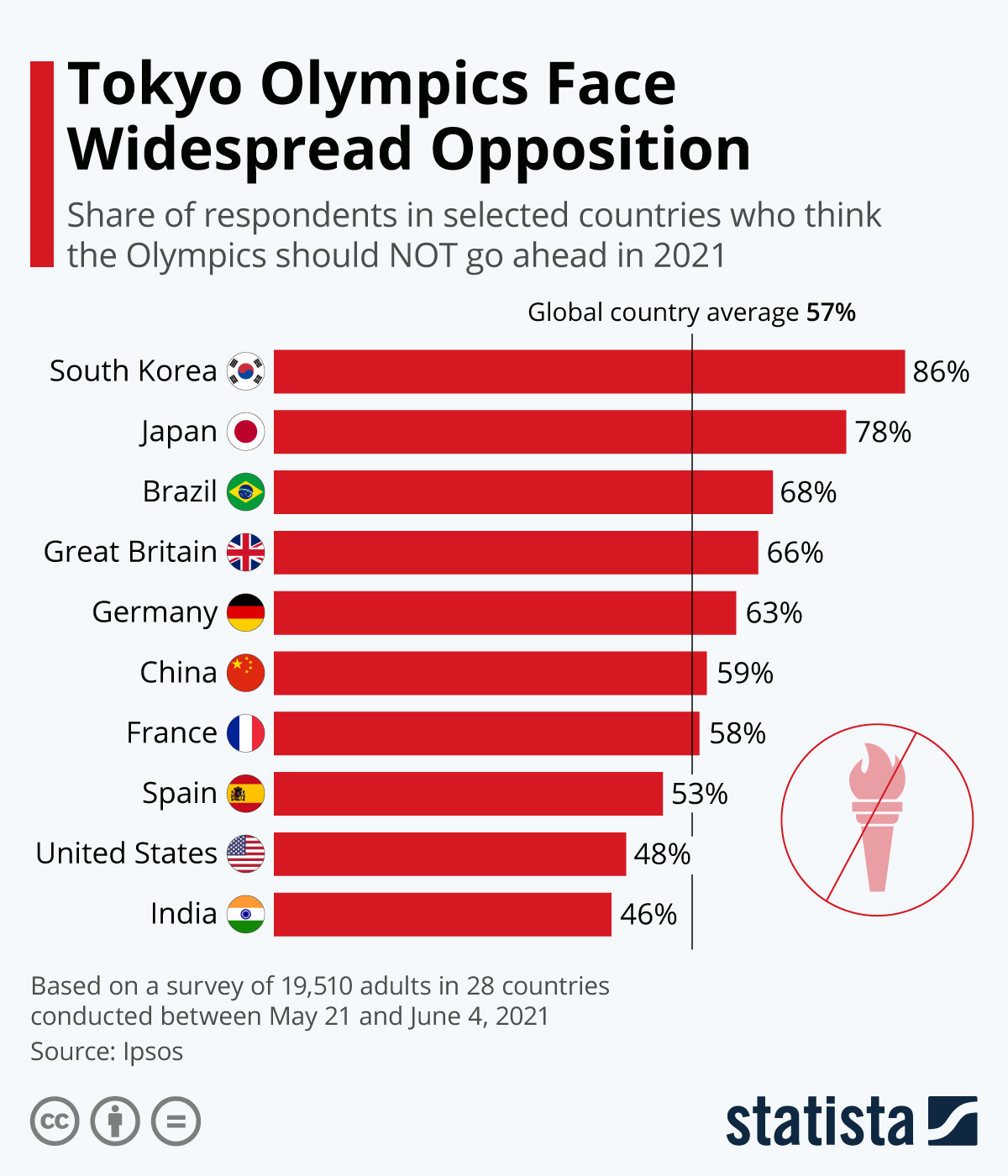 With athletes pulling out of the Olympics due to COVID infections and others reportedly testing positive after arriving at the Olympic Village, doubts over the safety of the megaevent continue to mount.

According to a Asahi Shimbun poll, 68 percent of Japanese respondents doubt that the Games can be held “safe and secure”, a promise repeatedly made by Prime Minister Yoshihide Suga and the IOC.