More than two years into the COVID-19 pandemic, the United States has hit another grim milestone.

805 days after the CDC recorded the first official Covid-19 death in the U.S. on February 27, 2020, President Biden mourned the death of one million Americans, speaking of "irreplaceable losses, each leaving behind a family, a community forever changed because of this pandemic."

"As a nation, we must not grow numb to such sorrow. To heal, we must remember," Biden said in an official statement.

Of course, Biden could not help but politicize the event and spin a victory lap...

When President Biden took office, millions were unemployed and there was no vaccine available.

In the last 15 months, the economy has created 8.3M jobs and the unemployment rate stands at 3.6% — the fastest decline in unemployment to start a President's term ever recorded.

Except not even the mainstream media could let that lie slide...

“It’s just not true that ‘there was no vaccine available,’ at the time Biden took office,” CNN wrote.

“About 3.5 million people were fully vaccinated against Covid-19 and about 19 million people had received at least one vaccine dose as of Biden’s inauguration day on January 20, 2021, according to statistics published by the US Centers for Disease Control and Prevention.”

And Biden's Chief Medial Adviser Dr. Anthony Fauci could not help himself, lamenting that many of those deaths could have been avoidable if only people had listened to him...

"The idea of one million deaths in an outbreak is historic in nature, Dr. Fauci said in an interview with PBS, adding that "It's estimated that, if people had been vaccinated to a much greater extent right now, that vaccines would have avoided at least a quarter of those deaths, namely about 250,000,"

As Statista's Felix Richter details below, after a brief respite in the spring/summer of 2021, when vaccinations and warmer weather combined to slow down the spread of the virus and consequently the number of deaths, the Delta wave that hit in late summer/early fall made things worse again. As the following chart shows, the rate of Covid deaths re-accelerated in late 2021 and early 2022, before thankfully slowing down in the last three months. 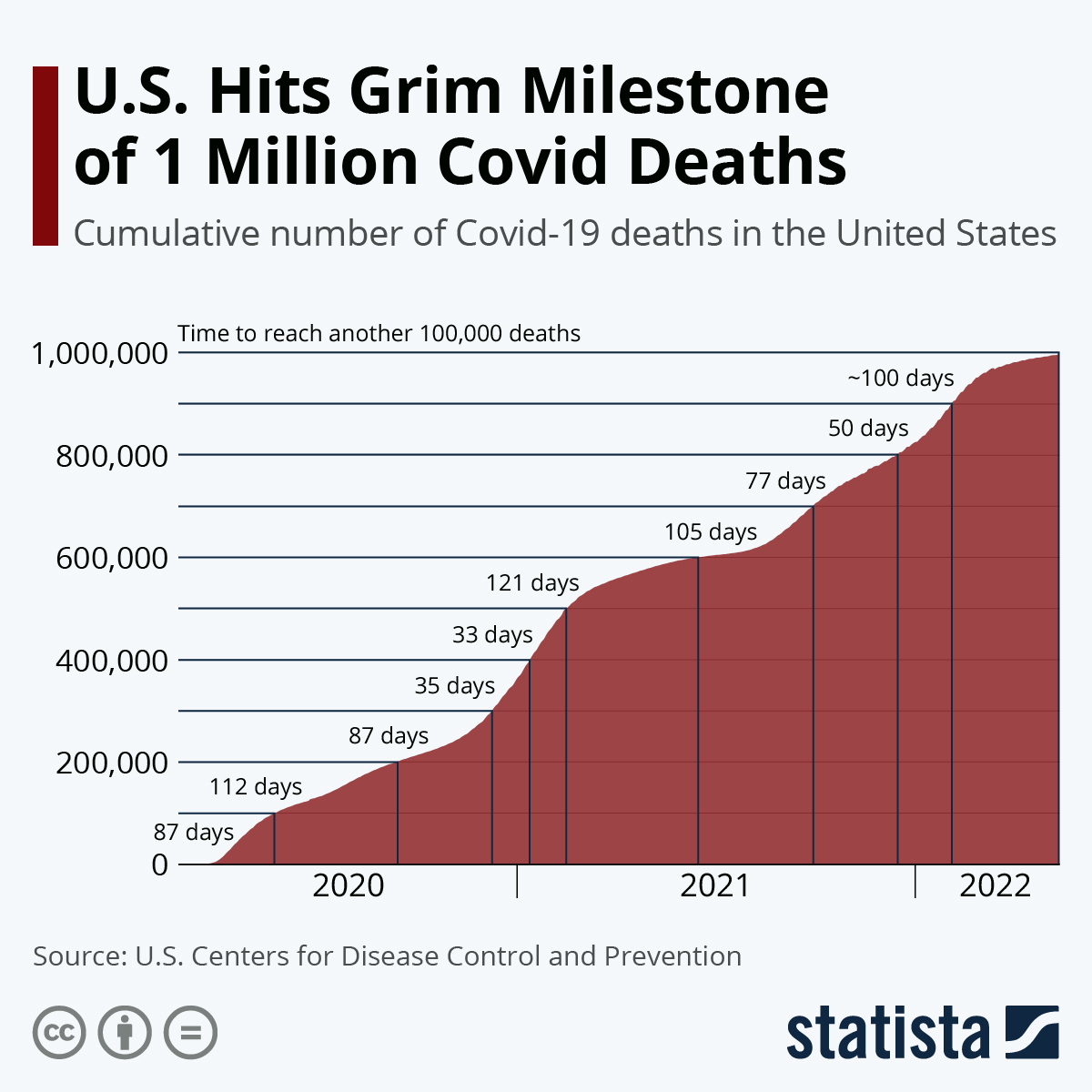