As of 3 February, the UK had administered 10.5 million first doses of a Covid-19 vaccine. According to Department of Health & Social Care estimates of the country's highest risk cohorts, roughly 15 million will need to be vaccinated to ensure this top priority group is protected. The government aims to complete this task by 15 February, but, as Statista's Martin Armstrong asks, how likely is this to happen? 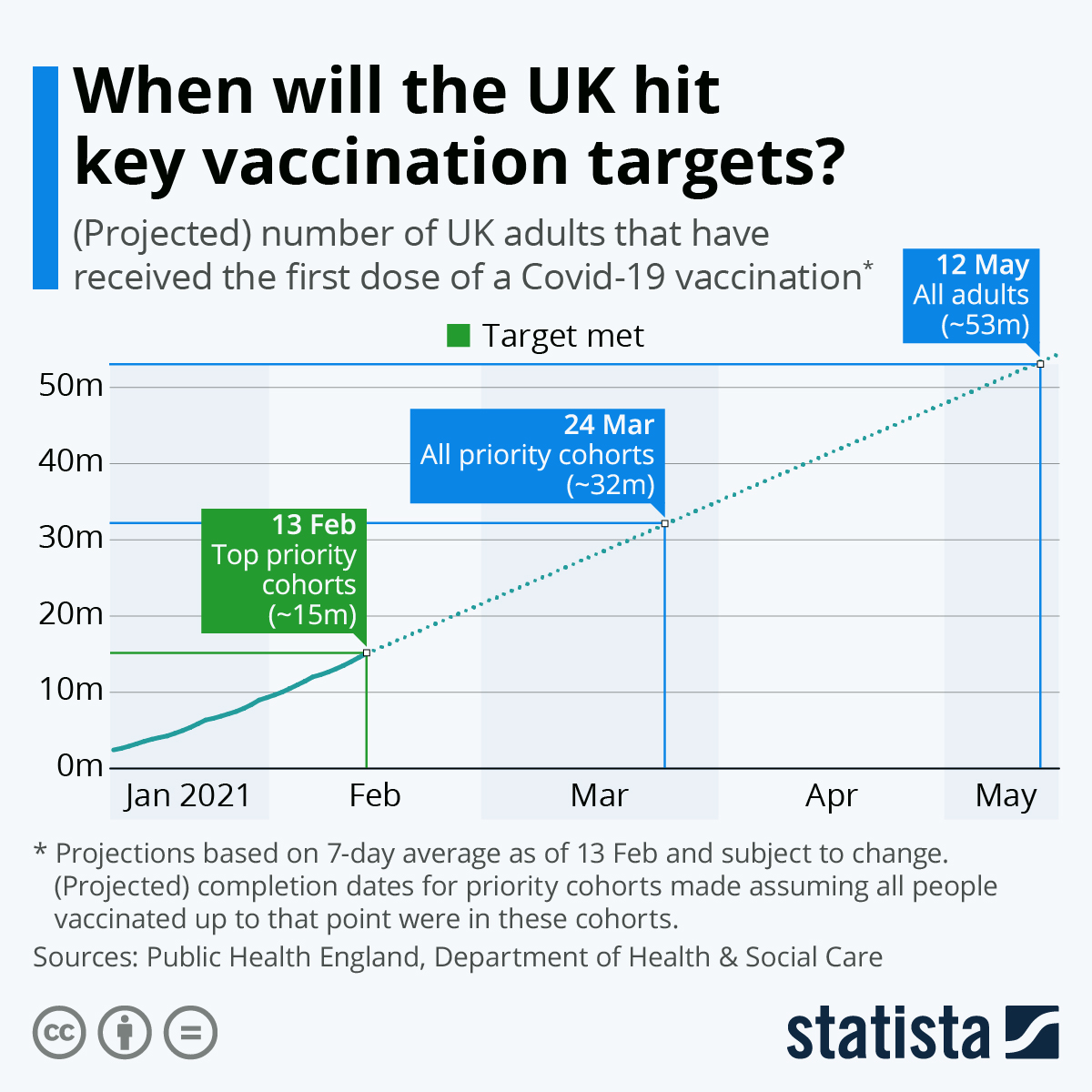 As our chart shows, assuming the current rate of vaccination (calculated using the most-recent seven-day average) is maintained, this initial goal will indeed be achieved on 14 February. Of course, projections of this kind change from day to day as the average figure fluctuates, but the current trend does appear encouraging.

Following this projection, and assuming all vaccinated people up to this point were in fact in one of the relevant cohorts, all 32 million priority members of the population could expect to have received a jab by late March. Extending further, the UK's adult population of around 53 million would be covered by 13 May - well within the government's current aim of September.

There are naturally potential logistical and supply issues, not to mention possible vaccine hesitancy among some members of the public, which mean the journey will likely not be quite as plain sailing as the current projections suggest. For now though, the programme is running well while also punching in a high weight category when compared globally.