In what can only be described as a controversial move, El Salvador became the first country in the world elevating Bitcoin to the status of legal tender today, meaning businesses have to accept the cryptocurrency in day-to-day transactions from this day forward. Interestingly, as Statista's Florian Zandt details below, El Salvador is only host to four Bitcoin ATMs, machines where users of the corresponding platform operators can buy or sell cryptocurrencies on the go.

As Statista's chart indicates, South America as a whole has a lot of catching up to do in this regard... 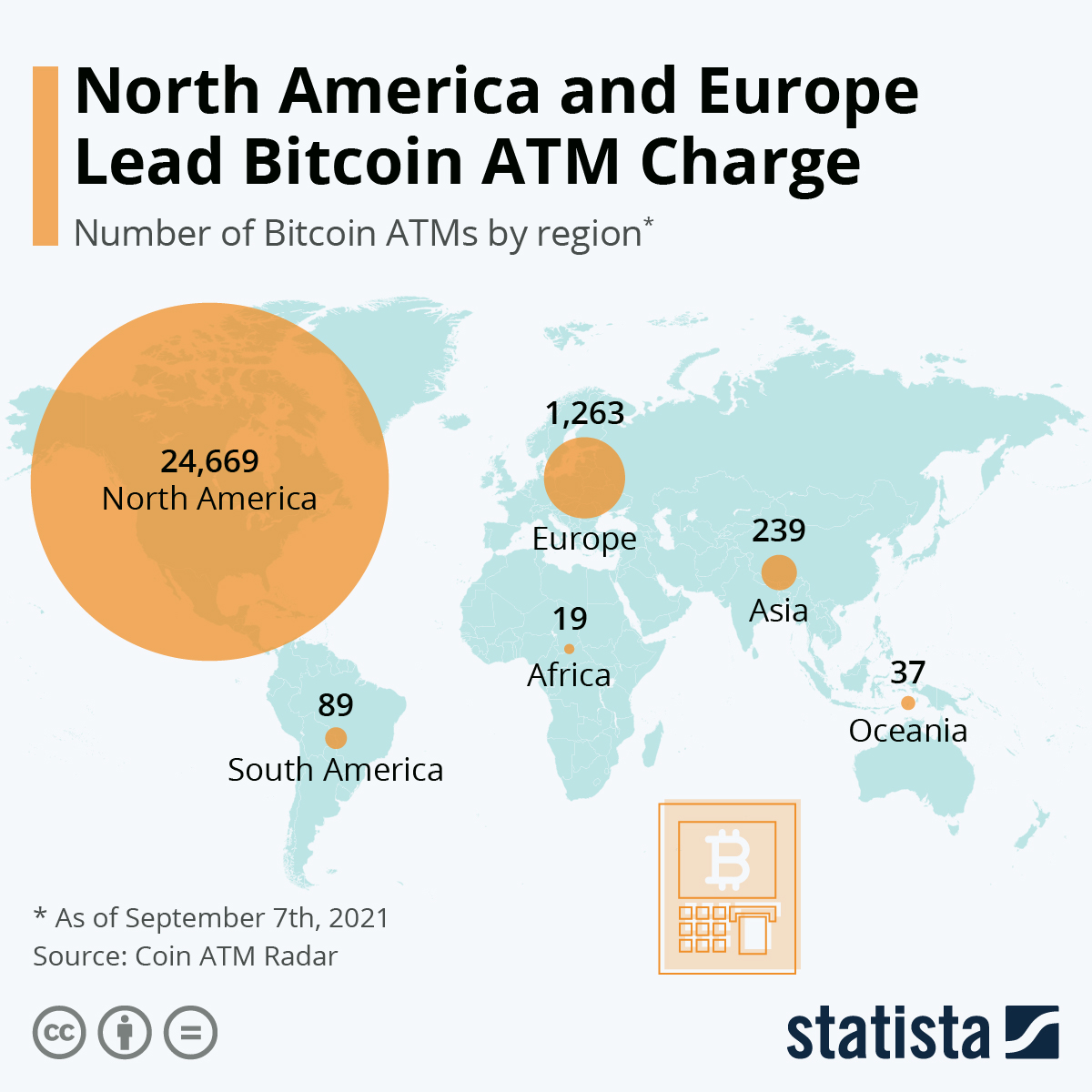 While declaring Bitcoin as a regular currency is still far off in the countries on the North American continent, it still leads in the number of Bitcoin ATMs with a whopping 24,669 machines available across the U.S. and Canada according to data by Coin ATM Radar.

Europe, including the Russian Federation, comes in second with 1,263 crypto cash machines available in a total of 28 countries.

South America, on the other hand, only offers its residents 89 machines across the whole continent. Next to El Salvador, the countries with the most cryptocurrency ATMs are Colombia, Brazil and Argentina.

The introduction of Bitcoin as a workable currency in El Salvador was met with skepticism by its populace. According to a survey by the UCA El Salvador released in August 2021, nearly 83 percent of participants had little to no confidence in Bitcoin as a legal tender.