Almost one in three – or 32 percent – of all cars produced worldwide in 2019 came out of China.

As shown in numbers by the automobile manufacturers' association OICA, the world manufactures less cars than it did in 2014, but, as Statista's Katharina Buchholz notes, several Asian markets actually were able to grow their production volumes. 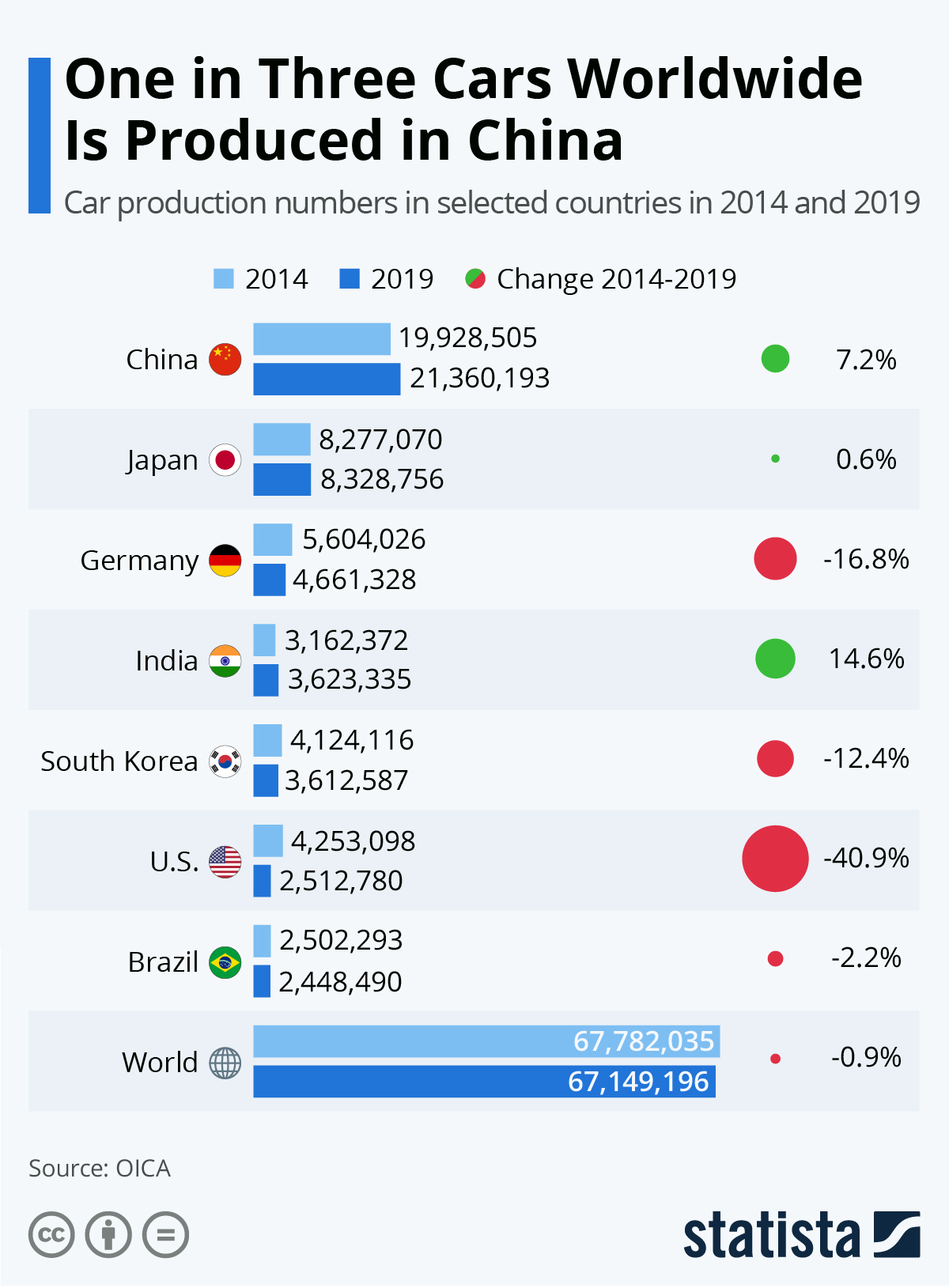 India exhibited one of the biggest increases – almost 15 percent in five years to 3.6 million cars annually.

The biggest decrease in production hit the ailing U.S. car industry, which lost 40 percent of its domestic production between 2014 and 2019.

Germany also make less cars at home, but German manufacturers like Volkswagen are a part of the rising Chinese production. In 2019, the Chinese market accounted for around 39 percent of Volkswagen's total sales. Shifting production sites are only one aspect of the internationalization of the car industry.

Know-how also migrates with production, with established manufacturers entering into joint ventures with Chinese or other Asian companies, which usually include technology transfer.