In its Summer Forecast published today, the European Commission downgraded its own projection from earlier in the year, making for an even grimmer outlook for the EU economy in 2020. The -7.4 percent contraction originally expected has been reassessed to -8.3 percent. 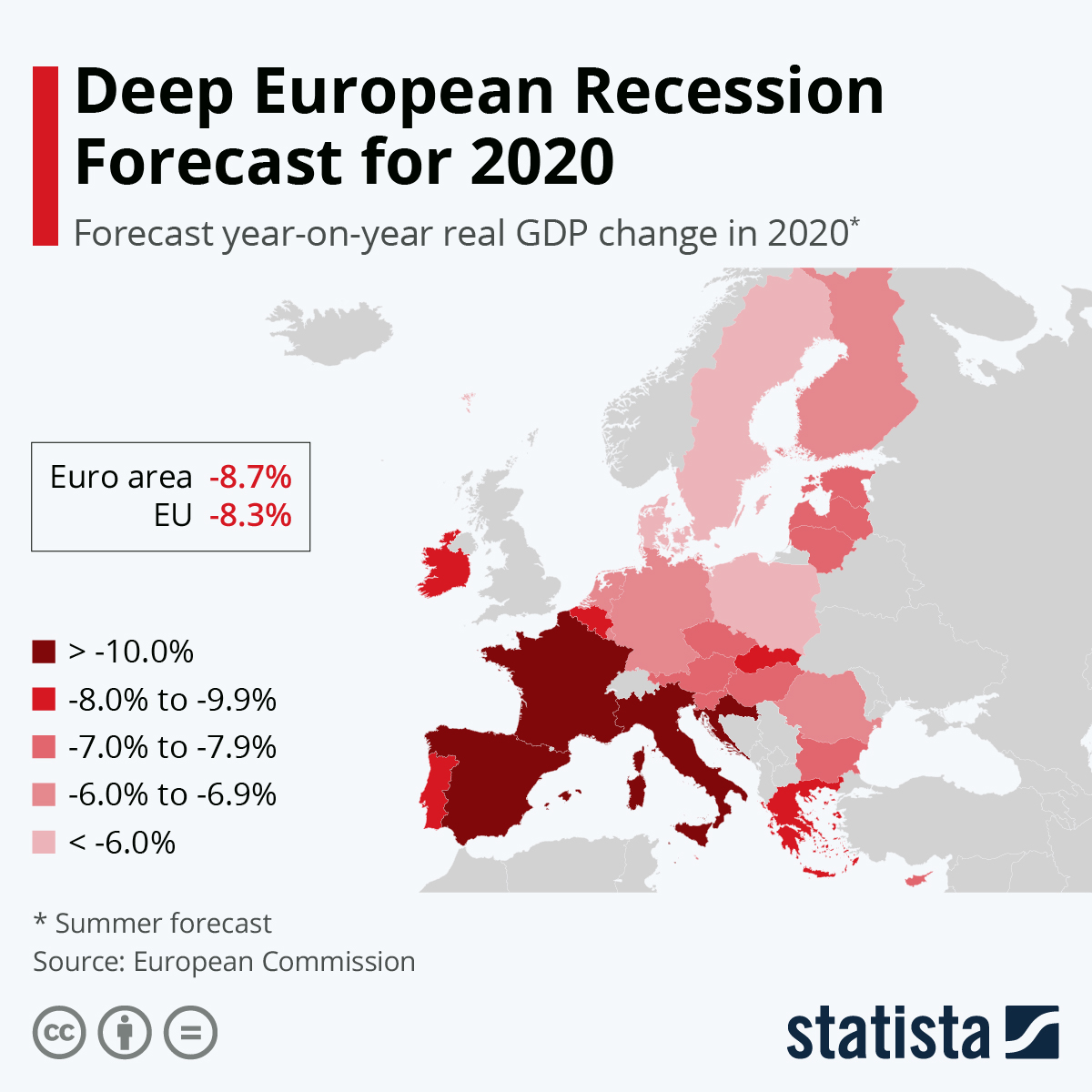 In the EC press release, the following context was given:

"The EU economy will experience a deep recession this year due to the coronavirus pandemic, despite the swift and comprehensive policy response at both EU and national levels. Because the lifting of lockdown measures is proceeding at a more gradual pace than assumed in our Spring Forecast, the impact on economic activity in 2020 will be more significant than anticipated."

And don't expect the European banks to help, as Daniel Lacalle recently notes, banks may face a tsunami of problems as three factors collide: rise in non-performing loans, deflationary pressures from a prolonged crisis and central bank keeping negative rates that destroy banking profitability. We estimate a rise in net debt to EBITDA of the largest corporations of the Stoxx 600 soaring to 3x from the current 1.8x. This means that banks may face a wall of delinquencies and weakening solvency and liquidity in the vast majority of their assets (loans) just as deflationary pressures hit the economy, growth weakens and the central bank implements even more aggressive but futile liquidity measures and damaging rate cuts.

This combination of three problems at the same time may generate a risk of a financial crisis created by using the balance sheet of banks massively to address the bailout of every possible sector. It may undo the entire improvement in the balance sheet of the financial entities achieved slowly and painfully in the past decade and destroy it in a few months.

Weakening the balance sheet of banks and hiding larger risk at lower rates in their balance sheets may be an extremely dangerous policy in the long run.