European government debt increased across the board during the pandemic, but as Statista's Martin Armstrong shows in the chart below, the effects were felt a lot harder in some countries than they were in others.

The figures, compiled by the UK's Office for National Statistics, reveal a 12.9 point increase across all EU countries. 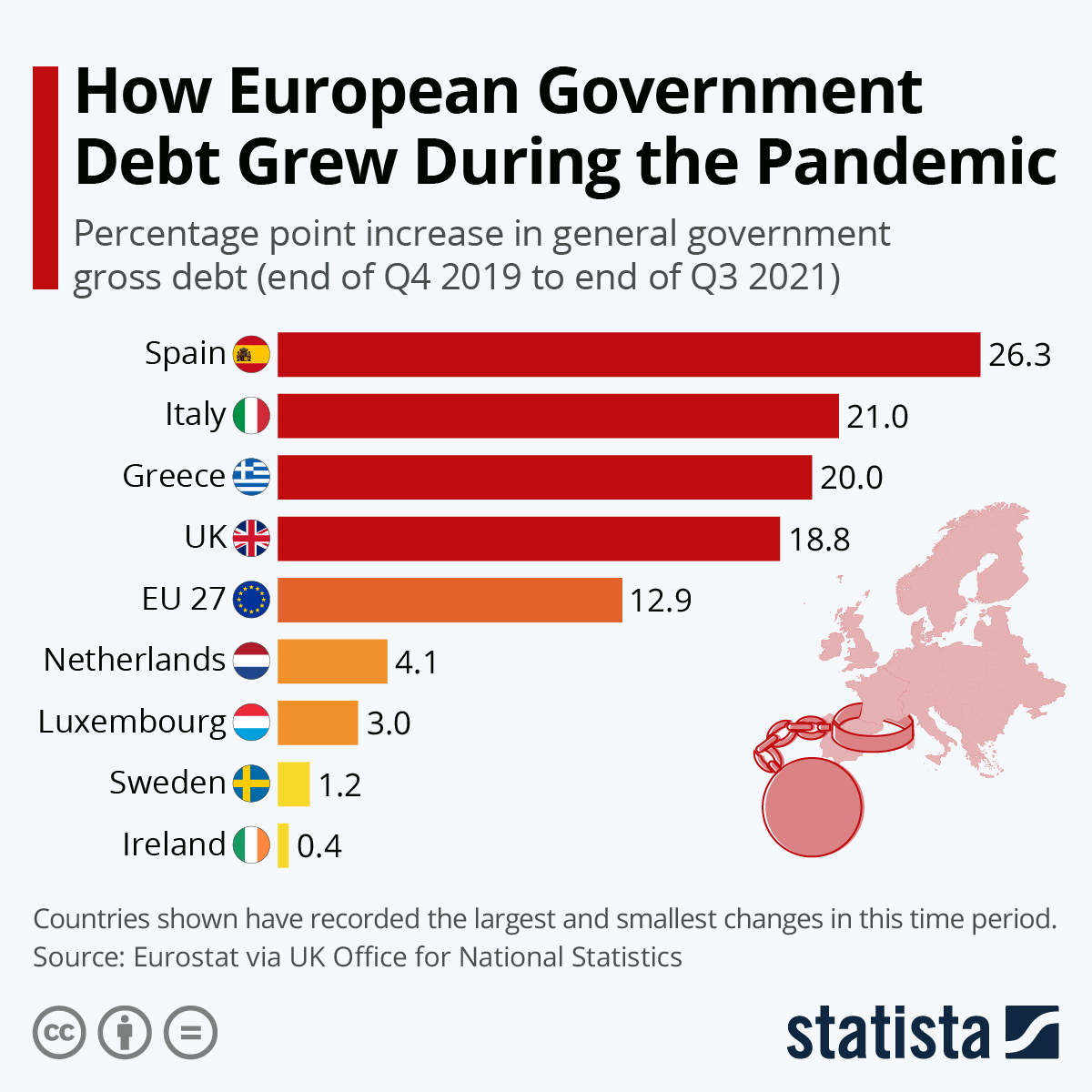 The UK, in comparison, recorded a change of 18.8 points. UK government debt now exceeds its GDP - 103.7 percent - and is the highest rate of the post-war era, far exceeding even the levels seen as a result of the 2008 financial crisis which peaked in 2014/15 at 84.9 percent of GDP.