Which companies are the biggest importers and exporters in the U.S.?

The majority of people will know the names of the businesses that ship the most goods into the country (measured by volume transported on container ships), but, as Statista's Katharina Buchholz notes, most of the biggest exporters hardly ring a bell. 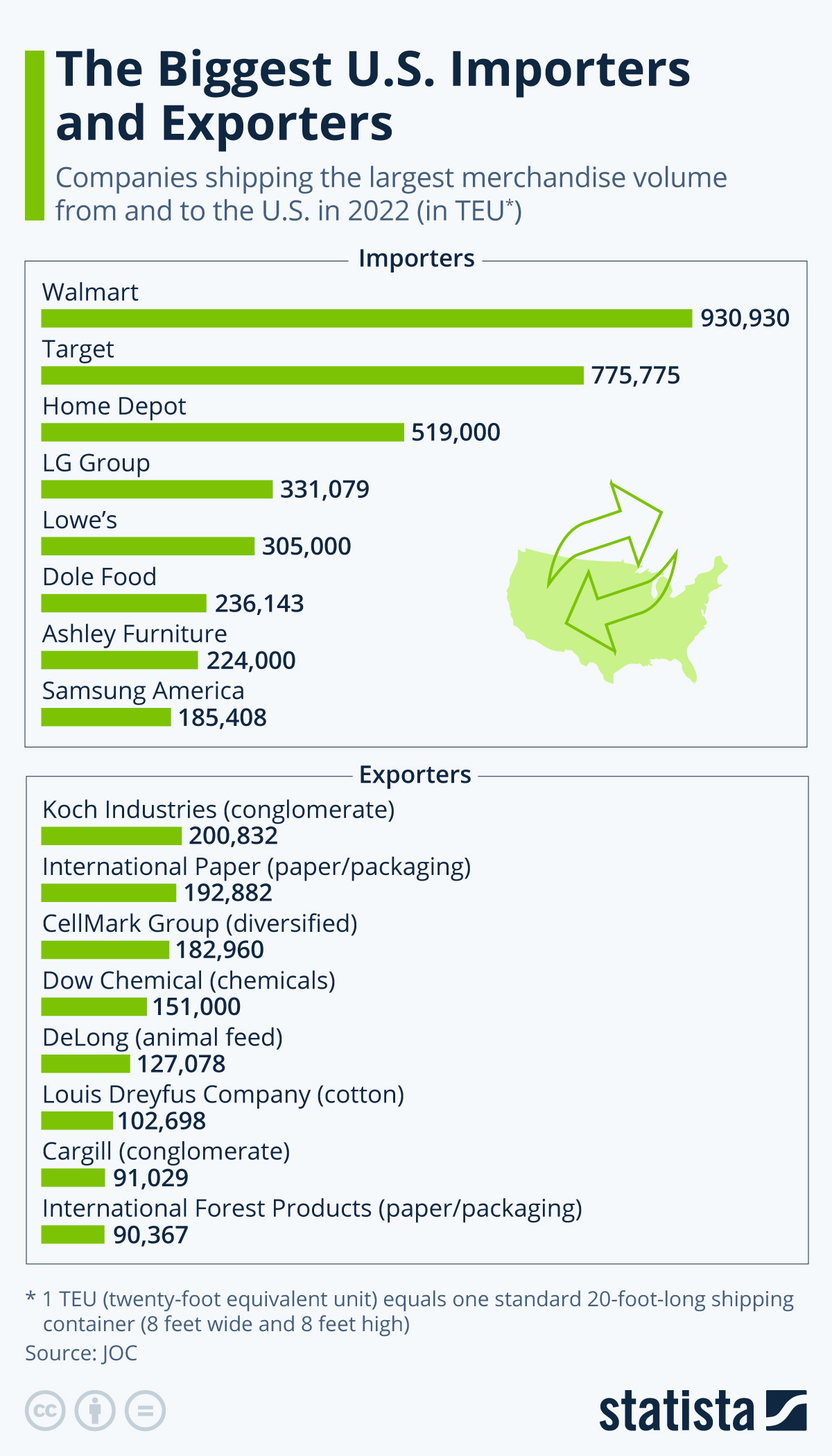 While large retailers like Walmart, Target or Home Depot dominate the imports list, the biggest U.S. exporters deal with products that don’t inspire the imagination, like paper, or that Americans would rather forget about, like their trash.

Out of the top eight U.S. exporters, four deal with paper, packaging or recyclables.

Other products exported in large volumes are animal feed and cars/automotive parts, according to industry publication JOC.

Largest importer Walmart has a substantial lead on runner-up Target and is also way ahead of the biggest U.S. exporter, Koch Industries.

While Walmart has 2.2 million employees, the top 5 U.S. exporter, America Chung Nam, only has 120. The paper and plastics recycling company is headquartered in City of Industry, Calif., according to Zoominfo. Their containers full of old cardboard and plastic recyclables are mainly headed for Asia. In 2018, the company was still the biggest exporter in the U.S. but a ban on plastic recyclables imports into China likely contributed to a decline in the company's and its competitors' export volumes.

The coronavirus pandemic did little to change the export and import volumes of America's biggest players.