According to the 2021 World Nuclear Industry Status Report, global nuclear power generation dropped 3.9 percent in 2020 despite a 4.4 percent climb in China, where two new reactors were added. In 2021, 415 reactors were operational around the world - 22 fewer than in 2011. Another 26 are currently in long-term storage and 53 are under construction - around half in China and India.

The rapid expansion of renewables and negative public sentiment towards nuclear energy created by disasters such as those in Chernobyl or Fukushima have been turning nuclear power into an also-ran of global energy generation. Nuclear power has been experiencing a slow decline from a 17.5 percent peak share of global electricity generation in 1996 to a share of only 10.1 percent in 2020, as more countries put on hold or abandon their nuclear power strategies than are expanding them.

However, as Statista's Katharina Buchholz notes, according to the report, 33 countries currently run nuclear power reactors, but only 14 are listed as still actively pursuing the technology - including 2020 nuclear energy newcomers Belarus and the United Arab Emirates. 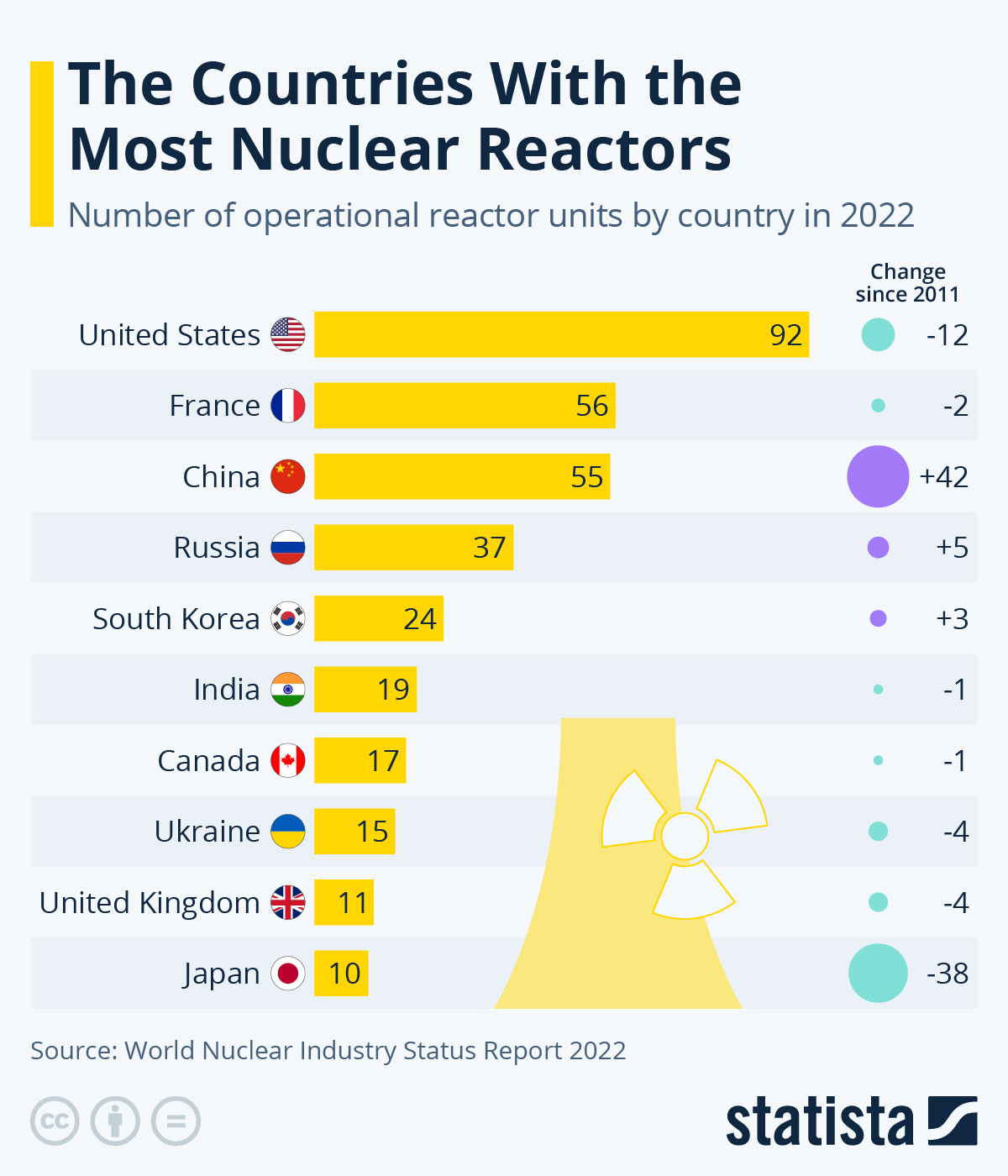 The world's fastest growing nuclear energy program is also one of the youngest: China has used nuclear energy since the early 1990s and currently runs 52 nuclear reactors, 39 of which joined the grid in just the past ten years.

The United States meanwhile remain the globe's biggest nuclear energy stronghold, with 93 operational reactor units as of July 2021, down 11 since 2011. Despite the decline, the U.S. program is listed as active, as is the Japanese one, which saw a massive loss of 39 units since 2011. At currently nine active nuclear reactors, it is expected that Japan will soon officially abandon new nuclear energy construction.

Only three countries that had nuclear energy programs have so far shut off all reactors - Italy in 1987, Kazakhstan in 1998 and Lithuania in 2009.