Much of Europe has set itself the goal of switching away from heavily polluting fossil fuels and towards renewable energy sources.

However, as the following chart from Statista's Anna Fleck shows, a snapshot of the energy landscape in Europe right now, using data from BP’s latest annual report, reveals that while there’s some variation in energy types across the bloc, fossil fuels still make up the lion’s share of the energy sources the continent is most reliant on. 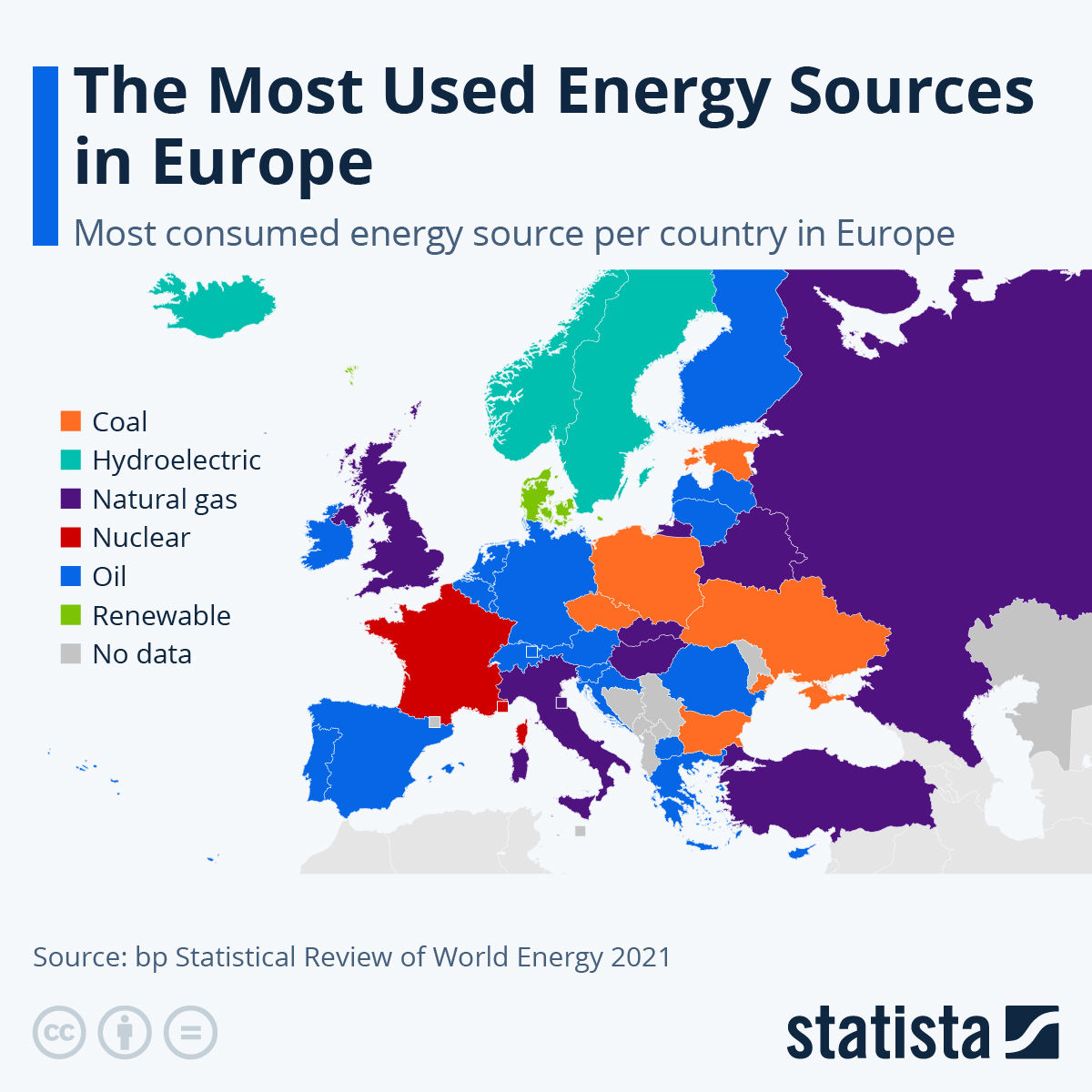 Exceptions to the rule include France, which stands out for its nuclear power usage, and Denmark, which relies predominantly on renewables - mostly wind energy.

Iceland, Norway and Sweden are the only countries in Europe to rely mostly on hydropower.

While this is also a type of renewable energy, bp gives it its own subcategory. In Iceland and Norway, hydropower makes up more than 60 percent of the countries’ energy supply.