As Statista's Katharina Buchholz notes, shortages are happening because economic activity is picking up as coronavirus numbers have remained stable in most countries, while at the same time coal production is sinking due to weather problems, and environmental concerns driving investment decisions.

According to Ember, India still produces 70 percent of its electricity from coal, the sixth-highest share in the world. China, which has been touting its forays into renewable energy, is also still heavily banking on coal, at almost 61 percent of electricity created by the fossil fuel. Both countries are currently investing in several energy technologies – nuclear, coal and renewables – as their economies are expanding rapidly. 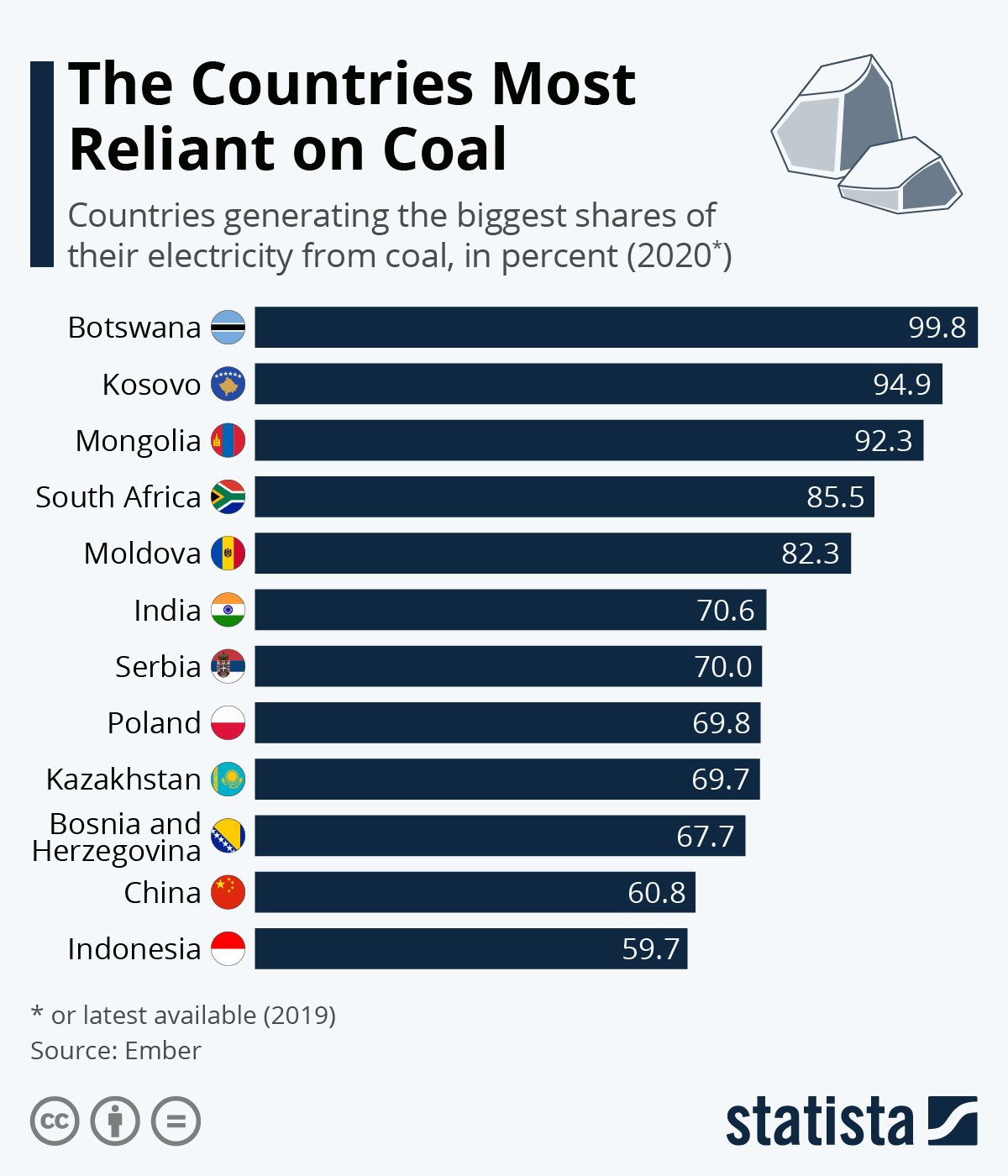 According to the data, Botswana was the country most reliant on coal in the world. The Southern African country uses coal for electricity generation almost exclusively, while small Balkan republic Kosovo registers 95 percent coal use for its electricity production.

Countries in Eastern and South-Eastern Europe feature heavily among the top 10 of countries dependent on coal, while Mongolia and South Africa are other notables of global coal dependency.