As the United States and the EU are working on a strategy to replace natural gas supply to Europe should Russia turn off the tap in a standoff with Western powers over Ukraine, Qatar has said that it sees no way that it could replace the needed amount by itself. As Statista's Katharina Buchholz details below, if new sanctions were to be introduced against Russian President Vladimir Putin personally or his country, this could trigger an energy crisis on the continent due to much of Europe’s reliance on Russian gas, which arrives on the continent via pipelines.

According to Reuters, close U.S. ally Qatar wants guarantees that natural gas diverted to Europe would not be resold and has urged European countries to resolve their investigation into Qatari gas contracts in order to become a regular customer themselves – which could more permanently shift gas dependencies in Europe.

Data from the European Union Agency for the Cooperation of Energy Regulators shows which countries’ energy supply would be most at risk in the case of a Russian gas freeze. 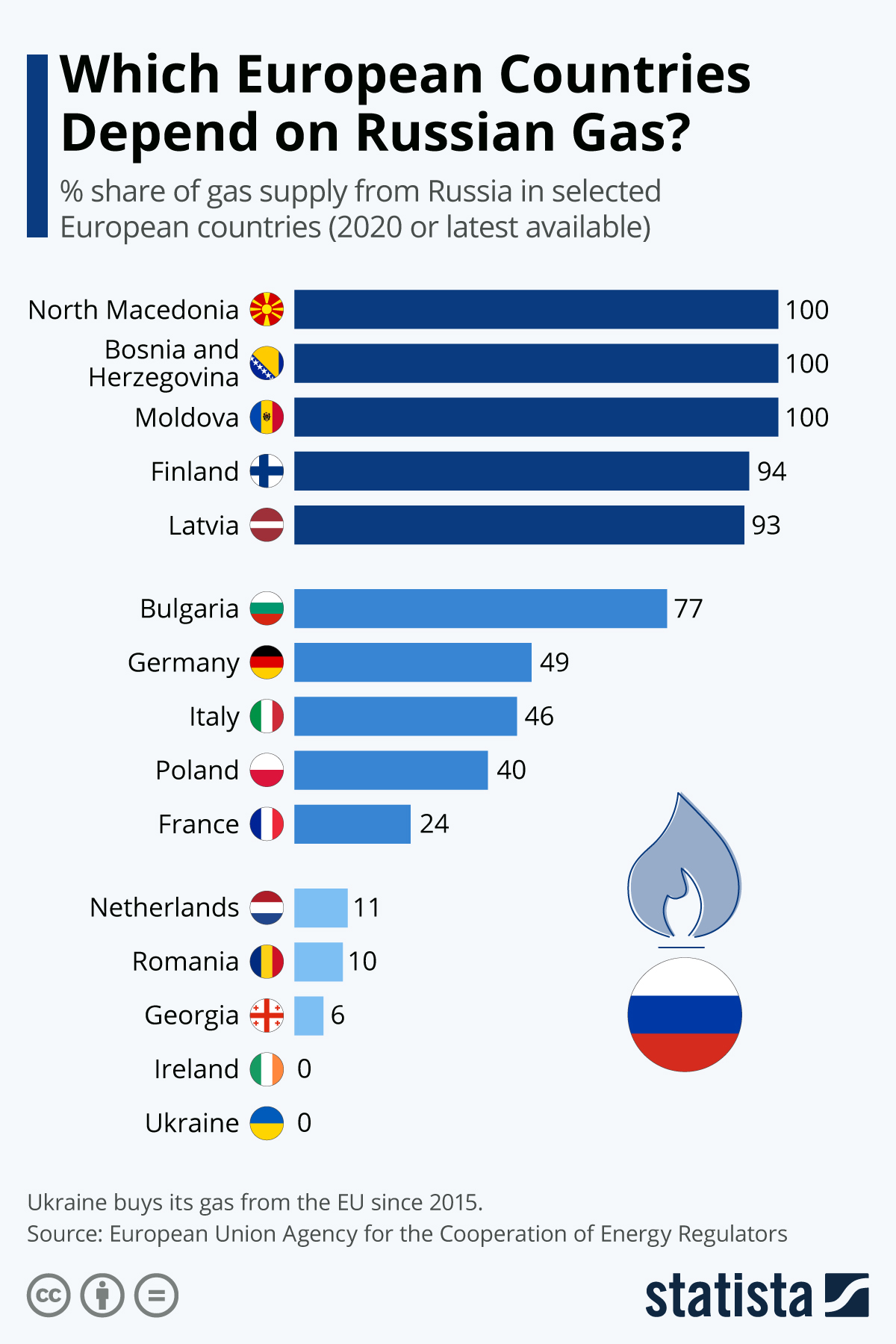 Among Europe’s major economies, Germany imports around half of its gas from Russia, while France only obtains a quarter of its supply from the country, according to the latest available data. The biggest source of French gas was Norway, supplying 35 percent. Italy would also be among the most impacted at a 46 percent reliance on Russian gas.

The UK is in a different position, drawing half of its gas supply from domestic sources and importing mostly from Norway and also Qatar. Spain is also not on the list of Russia’s major customers, the biggest trade partners of the country being Algeria and the U.S.

Some smaller European countries rely exclusively on Russian gas, namely North Macedonia, Bosnia and Herzegovina and Moldova. Dependence also was above 90 percent of gas supply in Finland and Latvia and at 89 percent in Serbia, as per the latest available data.