Today, May 7, 2020, marks twenty years since Vladimir Putin first assumed office as President of Russia and, as this infographic shows, he will have served 24.7 years in power by the end of his current stint in 2024. 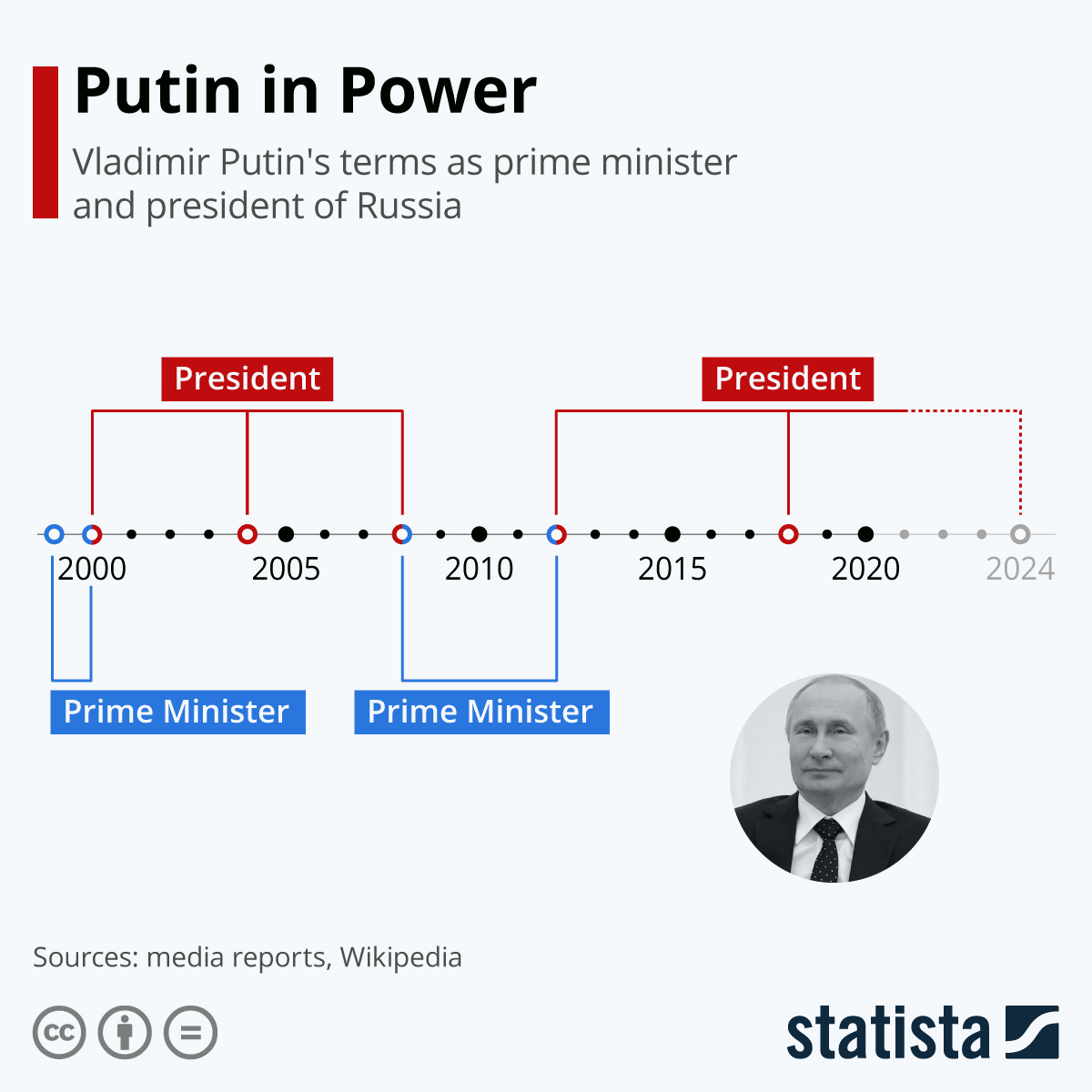 As Statista's Martin Armstrong notes, this will bring him close to the length of time Joseph Stalin controlled the Kremlin - 26 years from 1927 to 1953. Even that now looks likely to be beaten by the former KGB agent though after sweeping constitutional changes this year that appear designed to prolong his stay in power.

While it is still unclear which role Putin has in his sights post-2024, this isn't the first time he has changed the rules to extend his grip on Russian power. During Medvedev's term a President from 2008 to 2012 the law was changed to extend the presidential term from four to six years.

The new legislation conveniently first came into effect when Putin switched back into the presidential role in 2012.