Today marks World Toilet Day, which was created to bring awareness to the lack of sanitation, water and hygiene facilities in many parts of the world.

In 2020, 494 million people, or 6.3 percent of the world population, were still practicing open defecation, the most severe level of lack of sanitation service. Additionally, as Statista's Katharina Buchholz points out, 22 percent around the world did not have access to at least basic sanitation, defined as a private toilet connected to sewage piping, a septic or composting tank or a pit. 46 percent - almost half of the world population - did not live with safely-managed sanitation, meaning that their sewage was not treated properly, posing severe health risks to them as it enables pathogens to re-enter water supplies.

As recently as the year 2000, 1.3 billion people were still defecating outdoors, with grave health consequences. The UN has been working to eradicated the practice and has made some progress. In 2017, the number of those without access to any bathroom had sunk to 673 million and finally to 494 million in 2020. 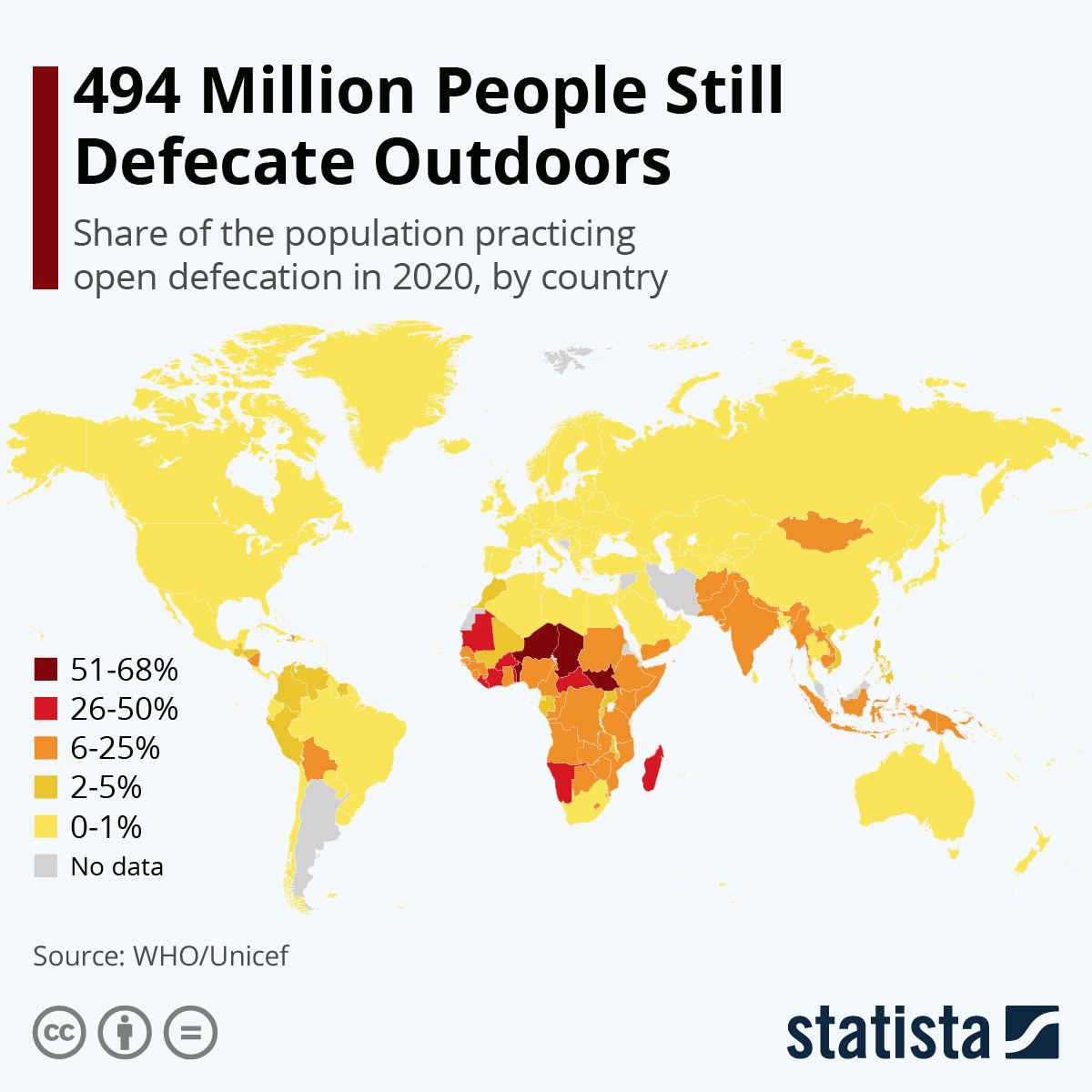 Gains remain to be made in Sub-Saharan Africa, where steady population growth continues to put pressure on sanitation services. Cambodia, Ethiopia, Nepal and India saw the largest fall in outdoor defecation since the year 2000, reducing it from affecting around 70 to 85 percent of the population to 10 to 20 percent.

The latter country has been particularly ambitious in installing proper toilets. Before Prime Minister Narendra Modi came to power in 2014, more than 60 percent of India's population didn't have access to a household toilet. Since then, billions of dollars were invested under the Swachh Bharat Abhiyan ("Clean India") campaign. According to UN numbers, open defecation was reduced to affecting 15 percent of the Indian population in 2020, while those without access to at least basic sanitation now make up around 29 percent.