The prospect of a "high intensity" armed conflict involving major military powers has been a subject of reflection and concern in expert circles and the media for some years now, and as Statista's Martin Armstrong notes, this issue has become even more topical with the recent rise in geopolitical tensions in Eastern Europe.

According to a survey conducted by Ipsos between September and October 2021, this threat is also of concern to the public, at least they seem aware if it, in many countries. 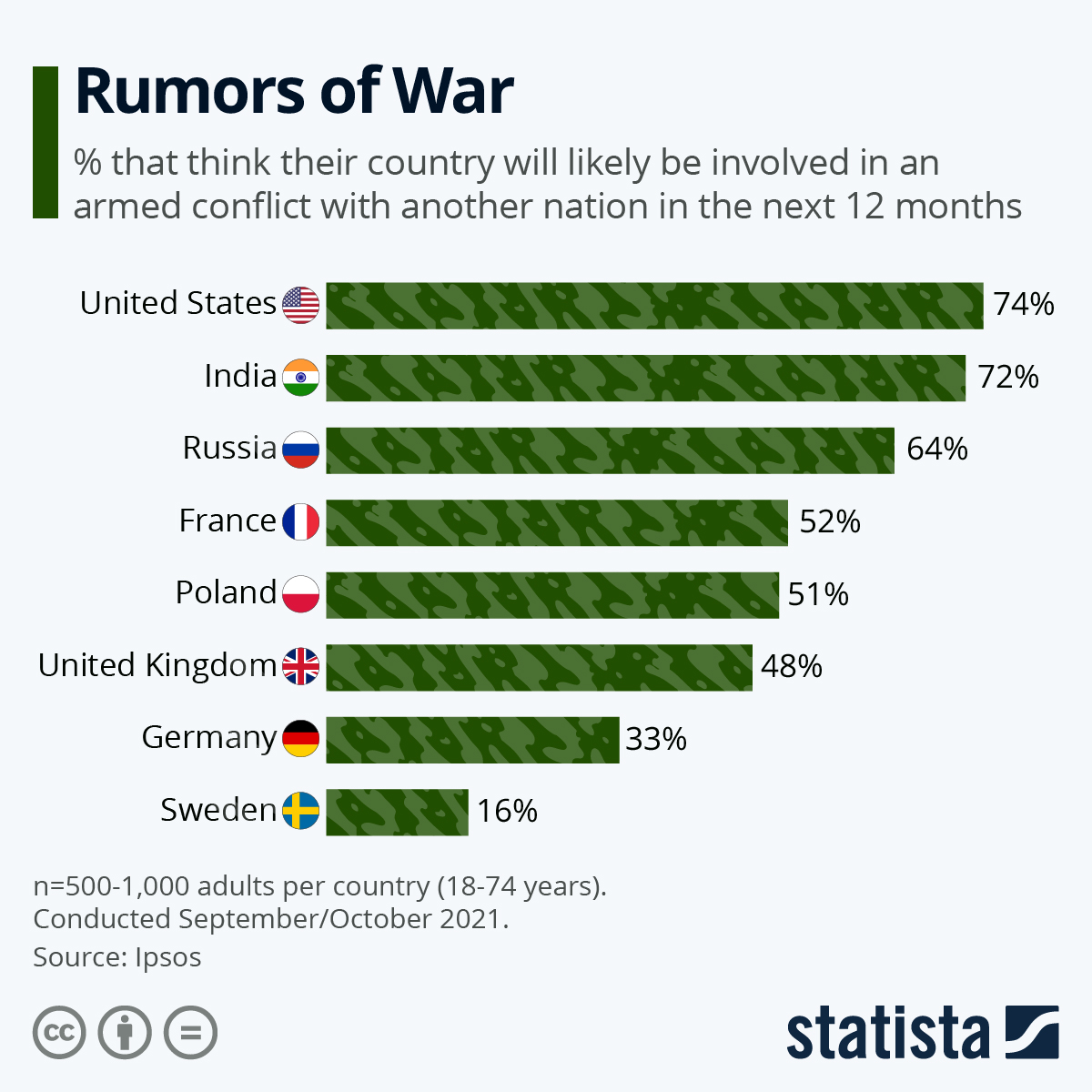 In the 26 countries surveyed, almost half (46 percent) of respondents believe it is likely that their country will be involved in a war with another in the next 12 months. Americans are among the most pessimistic (or realistic, perhaps) in this regard: three out of four believe that an international conflict involving the U.S. is imminent. Russians are hardly more optimistic for their country (64 percent), while about half of the French and British believe that such an outcome is likely in the coming months. Conversely, Germans, Belgians and Swedes are among the least worried about their country's military implications.