After China's once-in-a-decade census had already corrected the number of births in the country downwards considerably in 2020, Statista's Katharina Buchholz reports that the latest release from the National Statistics Bureau of China (NBS) shows that in 2021, even fewer babies were born in the country.

The statistic only counted 10.62 million births in 2021, down from twelve million in 2020. Meanwhile, China's population stagnated at around 1.41 billion people. 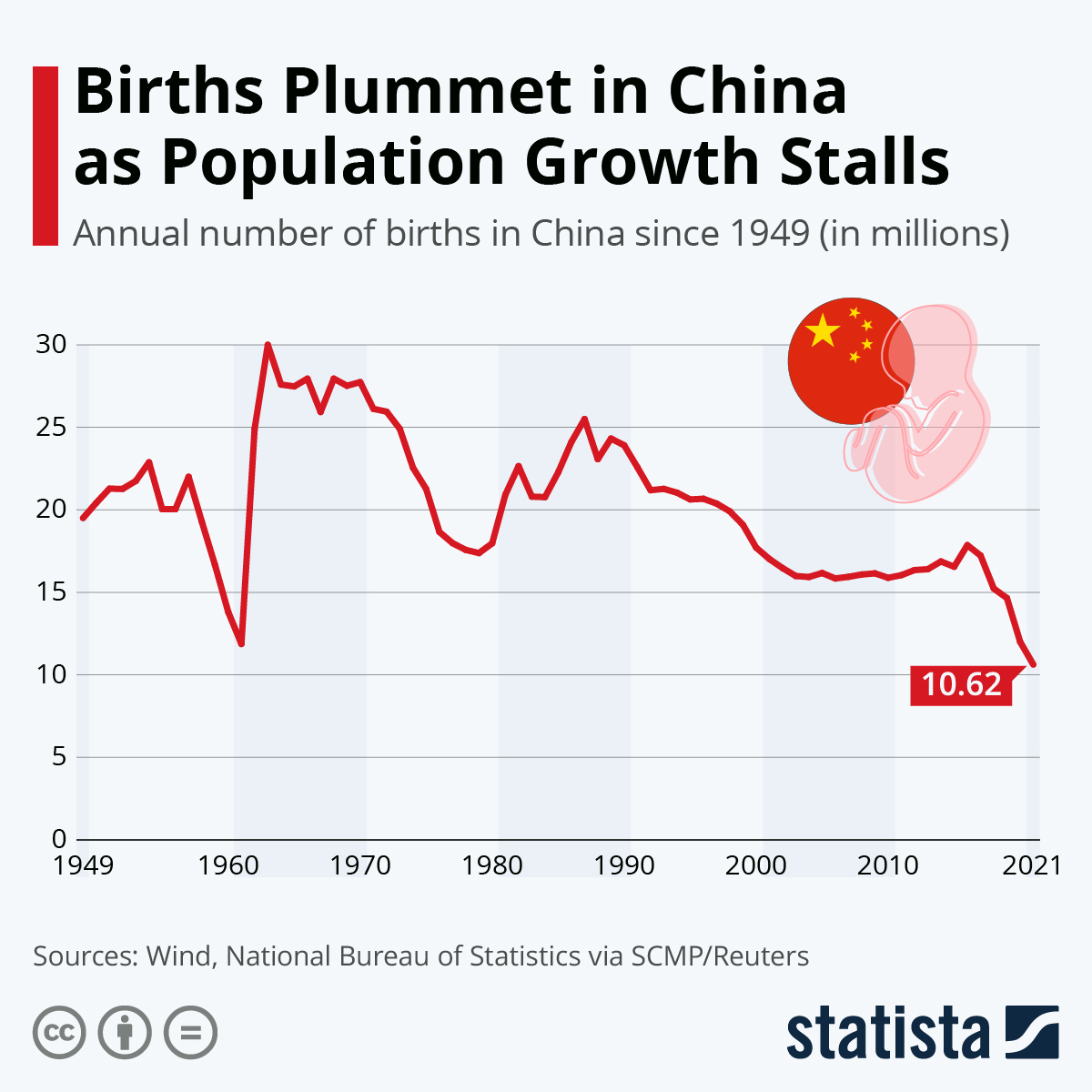 The country's fertility rate stood at 1.3 children per woman in 2020. It has been below the 2.1 threshold necessary for a stable population since the 1990s. Despite the early warning signs, China only scrapped its long-standing one-child policy in 2016, as fear of overpopulation gave way to fear of aging societies.

The 7.5 births per 1,000 people last year is the lowest birth rate since the founding of the People’s Republic of China in 1949.

Countries tend to experience lower birth rates in line with economic development as increased education access and concentration on careers become new priorities for the population. That is certainly the case elsewhere in Asia, particularly in Japan and South Korea where birth rates have fallen to new lows. The situation is especially concerning in South Korea where there were more deaths than births last year.

However, in the wake of the sinking birth rate and rapidly aging population, the Chinese government has been ramping up efforts to encourage people to have more children. As RT reports, in addition to allowing couples to have up to three children in 2021, officials have also adopted policies aimed at reducing financial pressure on families and creating more beneficial conditions for raising children.

Huang Wenzheng, a demography expert for the Beijing-based Center for China and Globalization, said that birth numbers are likely to fluctuate in the 10 million range before declining further in the absence of more policy changes.

“Career advancements could be tied to whether you have children or not; economic incentives; or even direct cash payouts by society to meet the cost of raising a family,” Huang suggested to Reuters.