Around the globe, the feeling that the world became more dangerous in the last year is widespread. According to a new survey by Ipsos, 82 percent of respondents from 28 countries said they somewhat or strongly agree with this sentiment.

However, as Statista's Martin Armstrong shows in the following infographic, this general feeling of pessimism not universal. 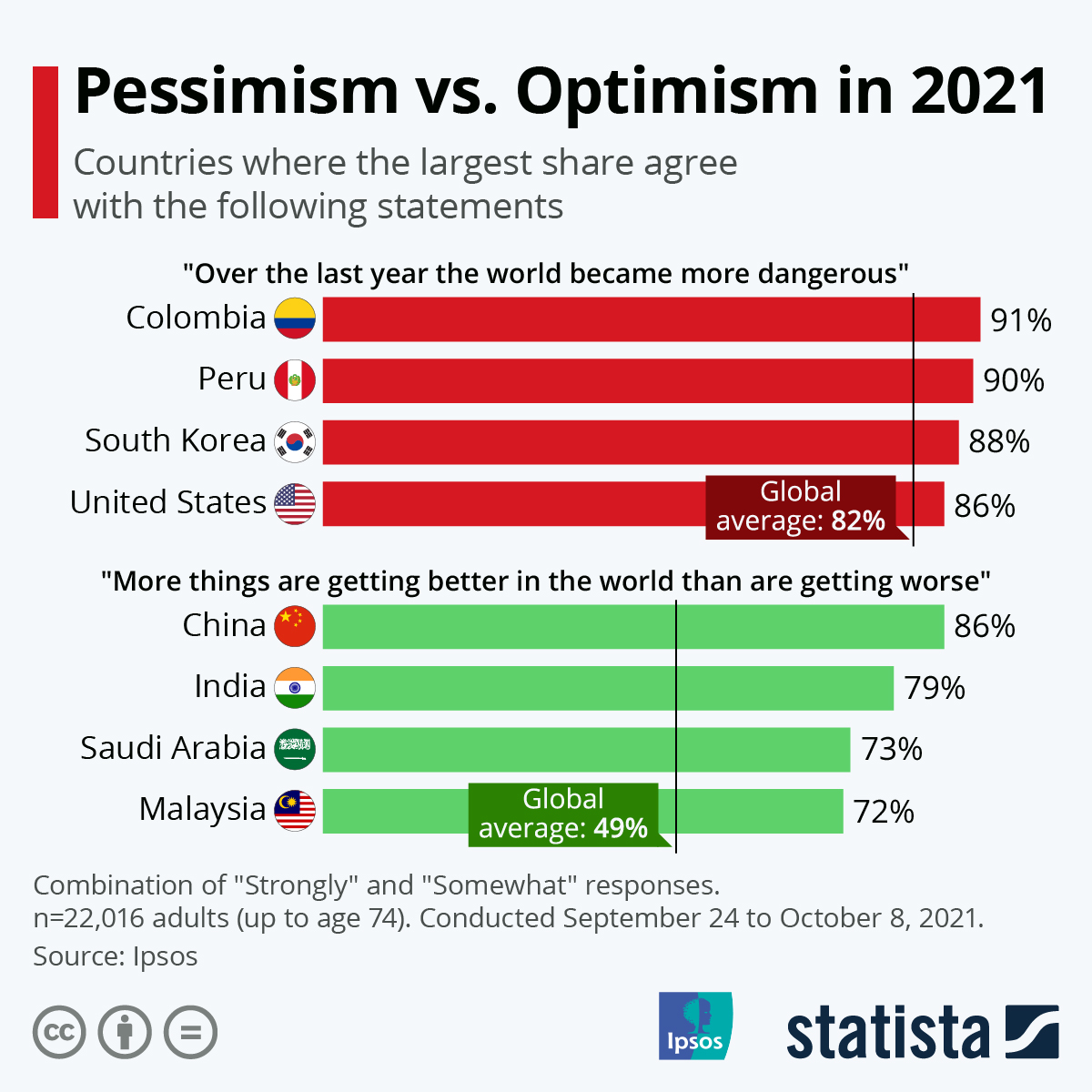 While 91 percent of those in Colombia think the world is now a more dangerous place, 68 percent of respondents in China said the same.

Asked a different way, China also represented the most optimistic world view, with 86 percent saying they think more things are getting better globally than they are getting worse.

The international average here sits at just 49 percent. China is joined by India, and Saudi Arabia at the top of this scale, with 79 and 73 percent, respectively.