Despite many national governments apparently recognising the urgency of the climate situation at the COP26 summit, Statista's Martin Armstrong points out that new estimates from Climate Action Tracker suggest that the 2030 pledges made will still result in a global mean temperature increase of 2.4°C by 2100 - which is reportedly 'dangerously higher' than the 1.5°C target formalized by the Paris Agreement. 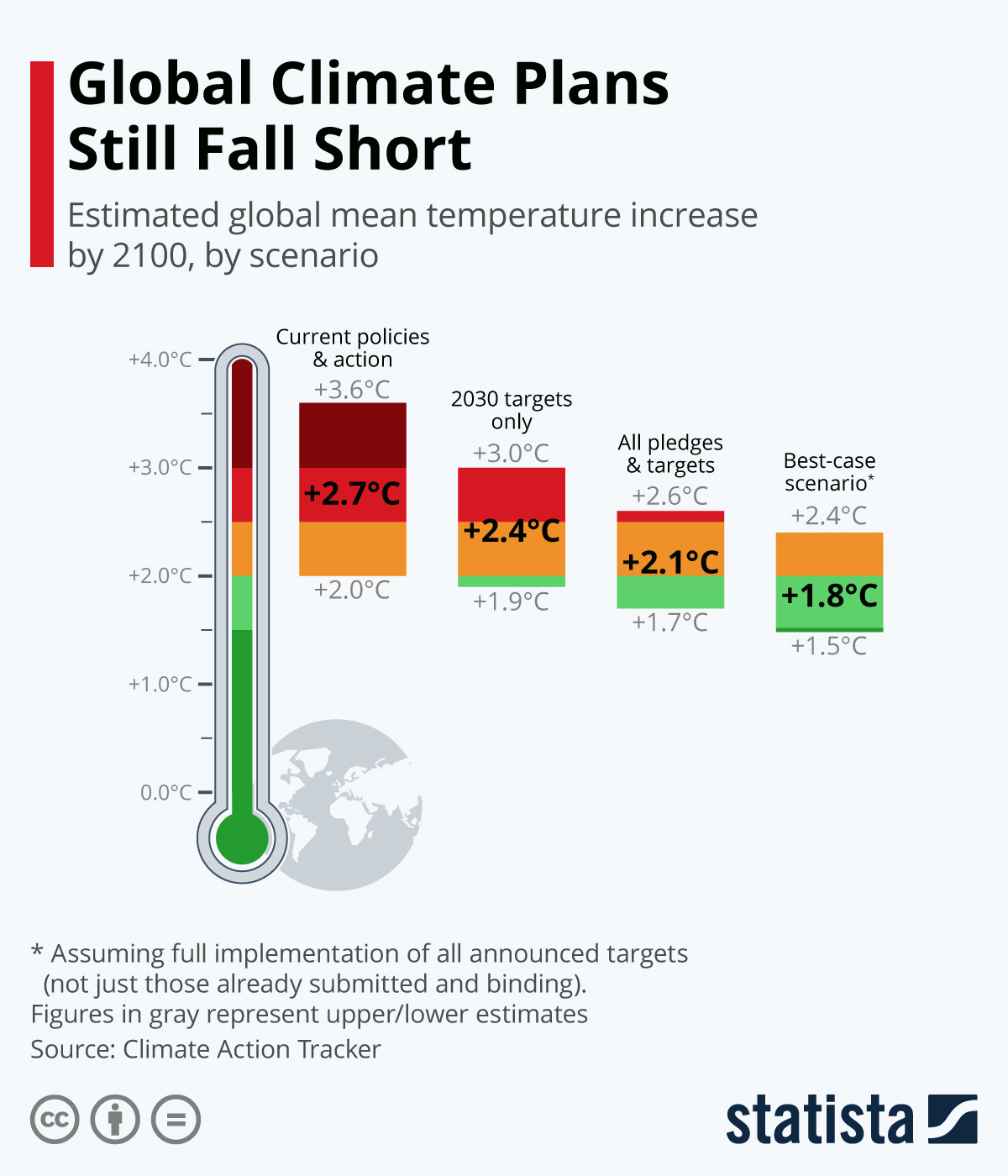 Even in the best-case scenario, a temperature of 1.8°C is forecast (with lower and upper estimates of 1.5 and 2,4, respectively). As detailed in the report:

"Policy implementation on the ground is advancing at a snail’s pace. Under current policies, we estimate end-of-century warming to be 2.7°C. While this temperature estimate has fallen since our September 2020 assessment, major new policy developments are not the driving factor. We need to see a profound effort in in all sectors, in this decade, to decarbonise the world to be in line with 1.5°C".

As the climate summit draws to close in Scotland, Climate Action Tracker warns that:

"2030 actions and targets are more often than not inconsistent with net zero goals, so that the gap between current policies and net zero goals is now 0.9°C. This, we consider, is the credibility gap that Glasgow needs to address."

Well, it appears, they didn't! But hey, there's always the next Climate Summit (if humanity still exists then).