A corruption scandal is currently rocking the European Union.

As Statista's Martin Armstrong notes, Greek politician Eva Kaili, vice-president of the European Parliament , was charged with corruption in a case linked to Qatar and imprisoned on Sunday in Brussels, along with three other people.

For most European citizens, the fact that a corruption case is emerging from within European institutions should not be a big surprise.

Last spring, an average of 68 percent of respondents in an EU-wide survey said corruption was widespread in their country. So why should it be any different in Strasbourg or Brussels?

As Statista's infographic shows, Greece leads all EU countries in the perception of corruption. 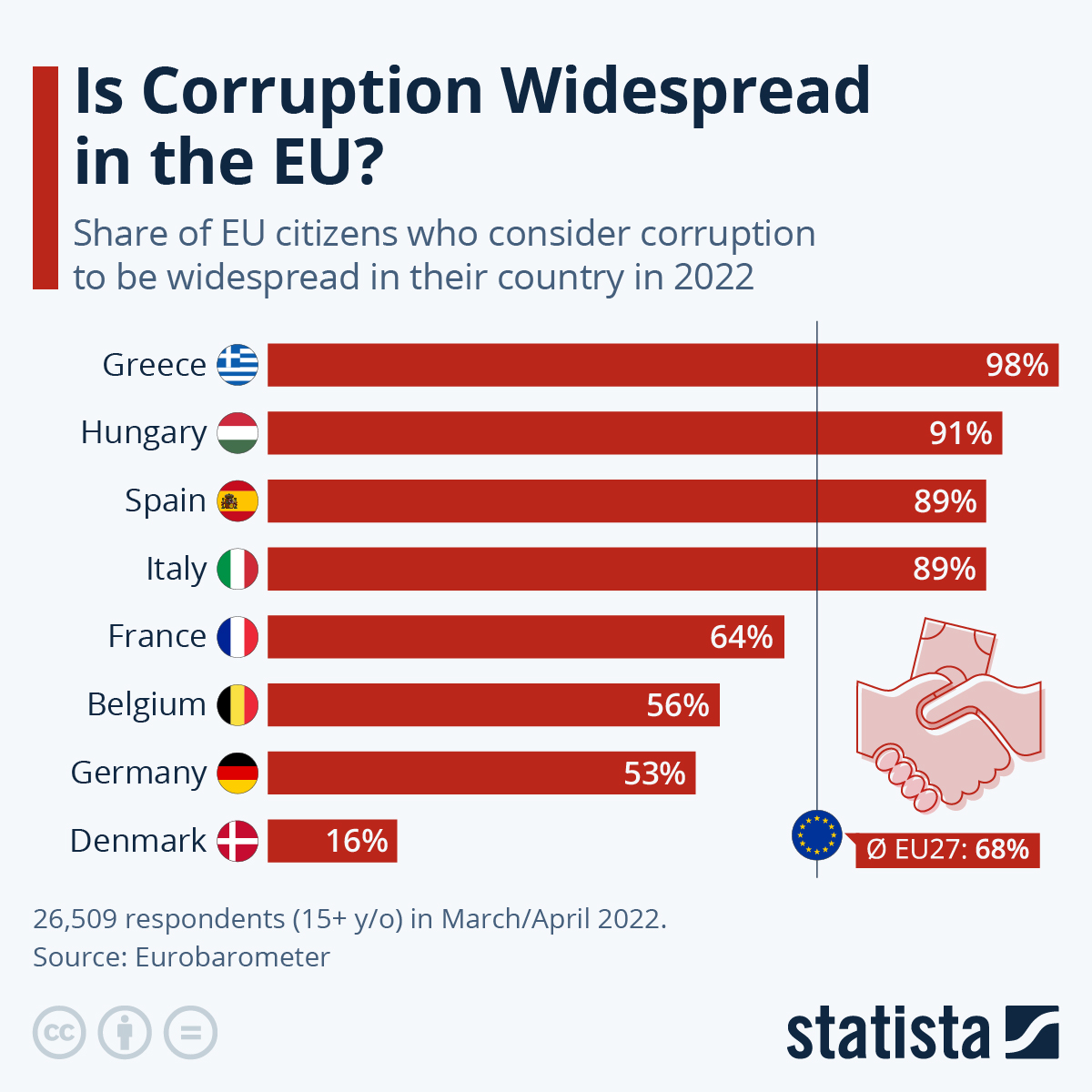 According to the Danes, corruption is not particularly widespread in Denmark.

Along with Finland, Denmark is the only EU member state where fewer than one in five citizens believe that corruption is still prevalent at the national level.