In a Joint Statement published by the U.S. Department of State, almost one hundred governments pledged their support in facilitating the free travel of Afghans that have worked with them or that are considered to be at risk.

According to the statement, the nations "have received assurances from the Taliban that all foreign nationals and any Afghan citizen with travel authorization from our countries will be allowed to proceed in a safe and orderly manner to points of departure and travel outside the country."

As Statista's Martin Armstrong details, notably absent from the list are China and Russia who have said they will work together in assisting the Taliban with the rebuilding of the country. 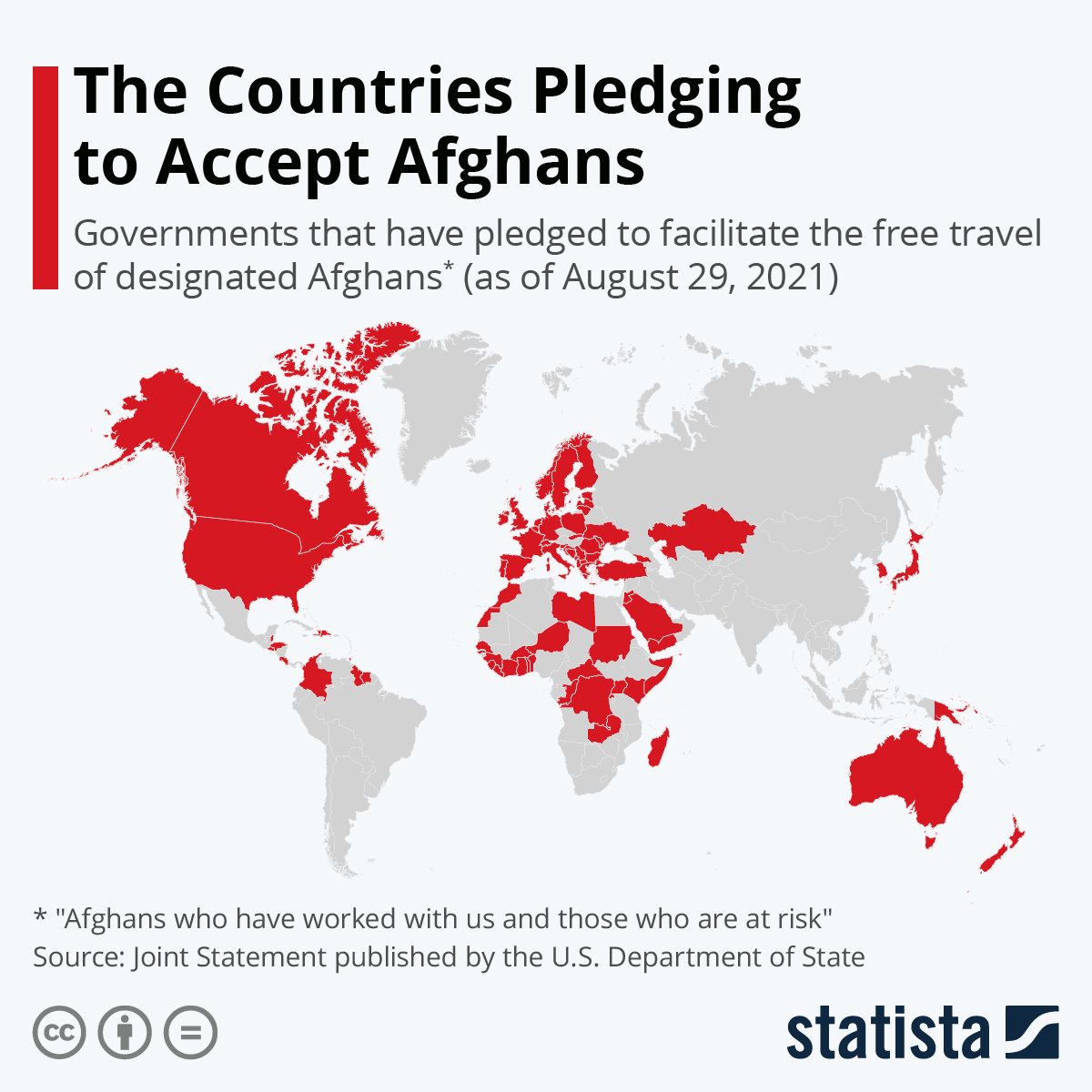 Whether in practice these people will actually be able to leave Afghanistan is still in doubt.

“Most of the guys that we’re tracking now are terrified to even try to go through Taliban checkpoints" adding:

"So when we’re not there, when the entire focus of the world isn’t on the Taliban, I have zero inclination that they will do anything but probably prosecute, and in many cases execute, people who worked really closely with the U.S.”