While it’s true that globally, the citizens of the world enjoy more democratic freedoms than in the past, Statista's Anna Fleck notes that several indicators seem to suggest that this progress is now under threat. So: is the world becoming less democratic?

One way to approach this question is to look at the evolution of both democratic societies and autocratic regimes around the world.

In Statista's chart below, they have drawn from the classification and evaluation of political regimes shown by Our World in Data (Lührmann et al. (2018), V-Dem). Here, democracies have been subdivided into two categories, “electoral” and “liberal”. Liberal democracies hold not only free elections but also have equitable laws and processes. 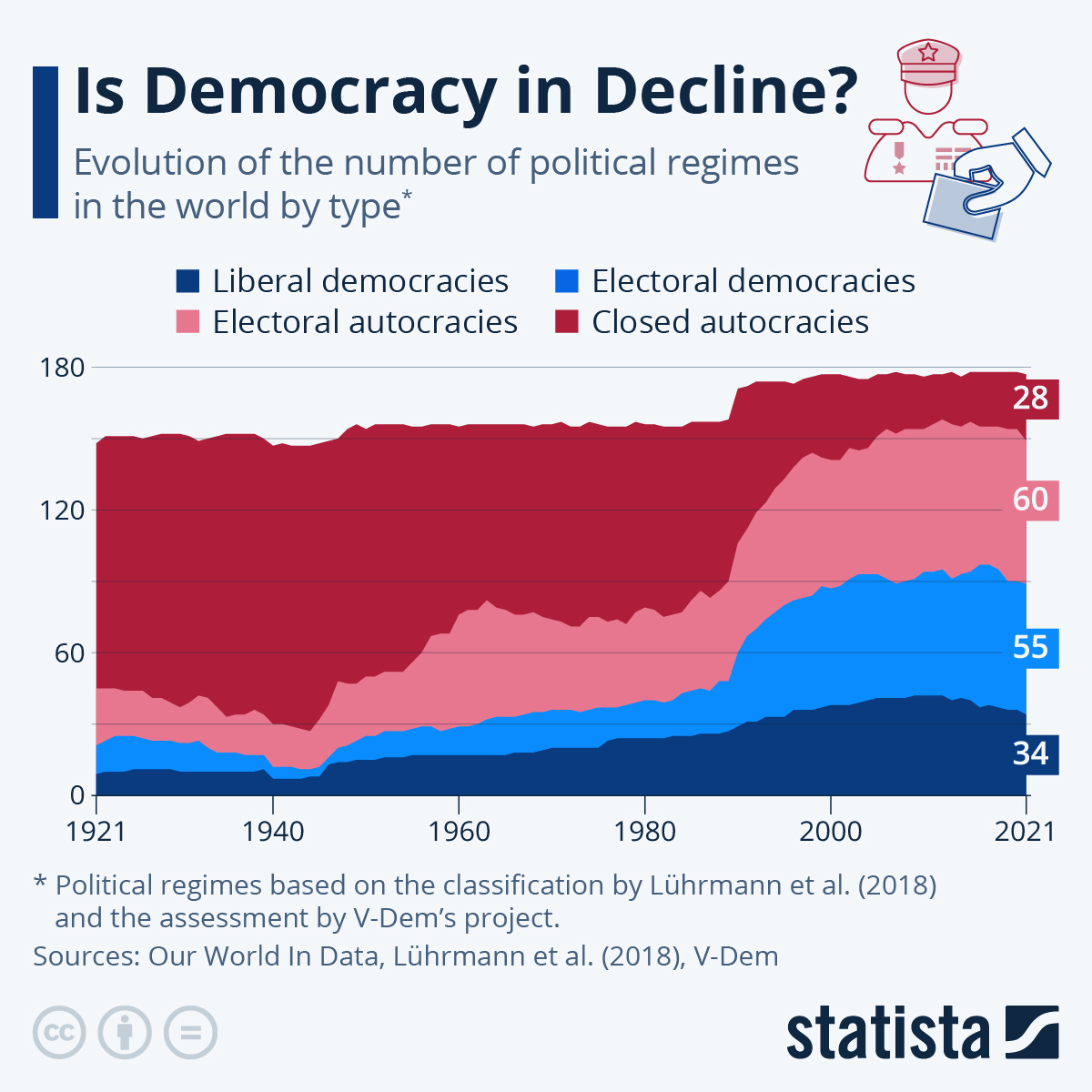 Using this data, we can see that democracy has indeed been on the decline in recent years. After an all-time high in 2016, when there were 97 democracies worldwide (both in terms of liberal and electoral), this figure fell to 89 in 2021.

The number of people living in democracies has plummeted from 3.9 billion in 2017 to 2.3 billion in 2021. Today, it is estimated that around 70 percent of the world's population lives under autocratic rule.