July 29 marks this year’s Earth Overshoot Day, the day that humanity’s demand for ecological resources exceeds the resources Earth can regenerate within that year.

Over the decades, the ecological and carbon footprint of humans has gradually increased, all while Earth’s biocapacity, i.e. its ability to regenerate resources has diminished significantly. 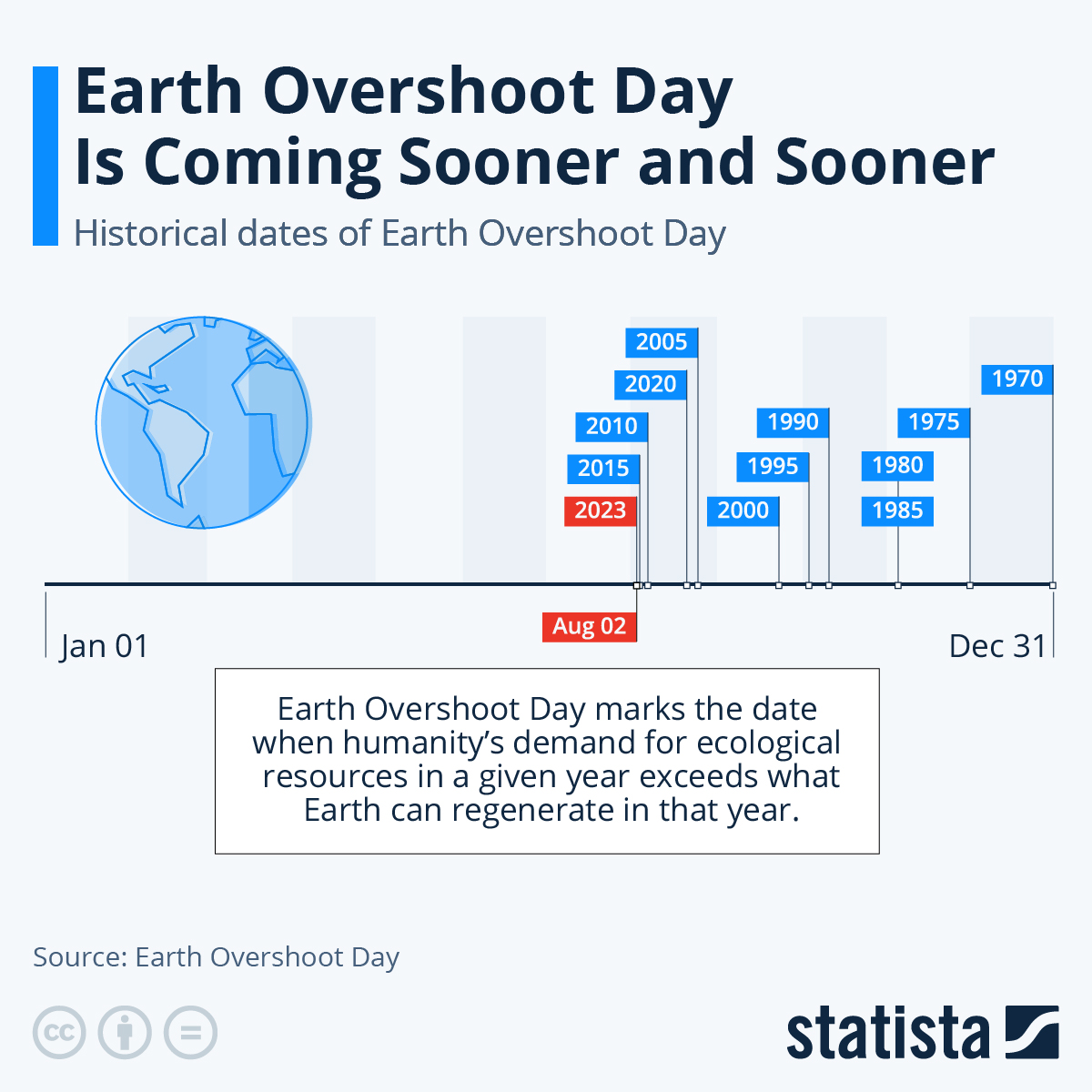 That has led to Earth Overshoot Day coming earlier and earlier each year, gradually moving from December 30 in 1970 to July 29 this year.

“There is no benefit in waiting to take action,” Global Footprint Network CEO Laurel Hanscom said in a statement.

“The pandemic has demonstrated that societies can shift rapidly in the face of disaster. But being caught unprepared brought great economic and human cost. When it comes to our predictable future of climate change and resource constraints, individuals, institutions and governments who prepare themselves will fare better. Global consensus is not a prerequisite to recognizing one’s own risk exposure, so let’s take decisive action now, wherever we are,” she added.