Approximately 10.5 percent of North Korea's population including migrant workers and human trafficking victims are categorized as modern slaves according to data by the Walk Free Foundation.

While this only amounts to roughly seven percent of the grand total of estimated modern slaves around the world, Statista's Florian Zandt points out that only one other country in the world comes close to this population share size as our chart shows. 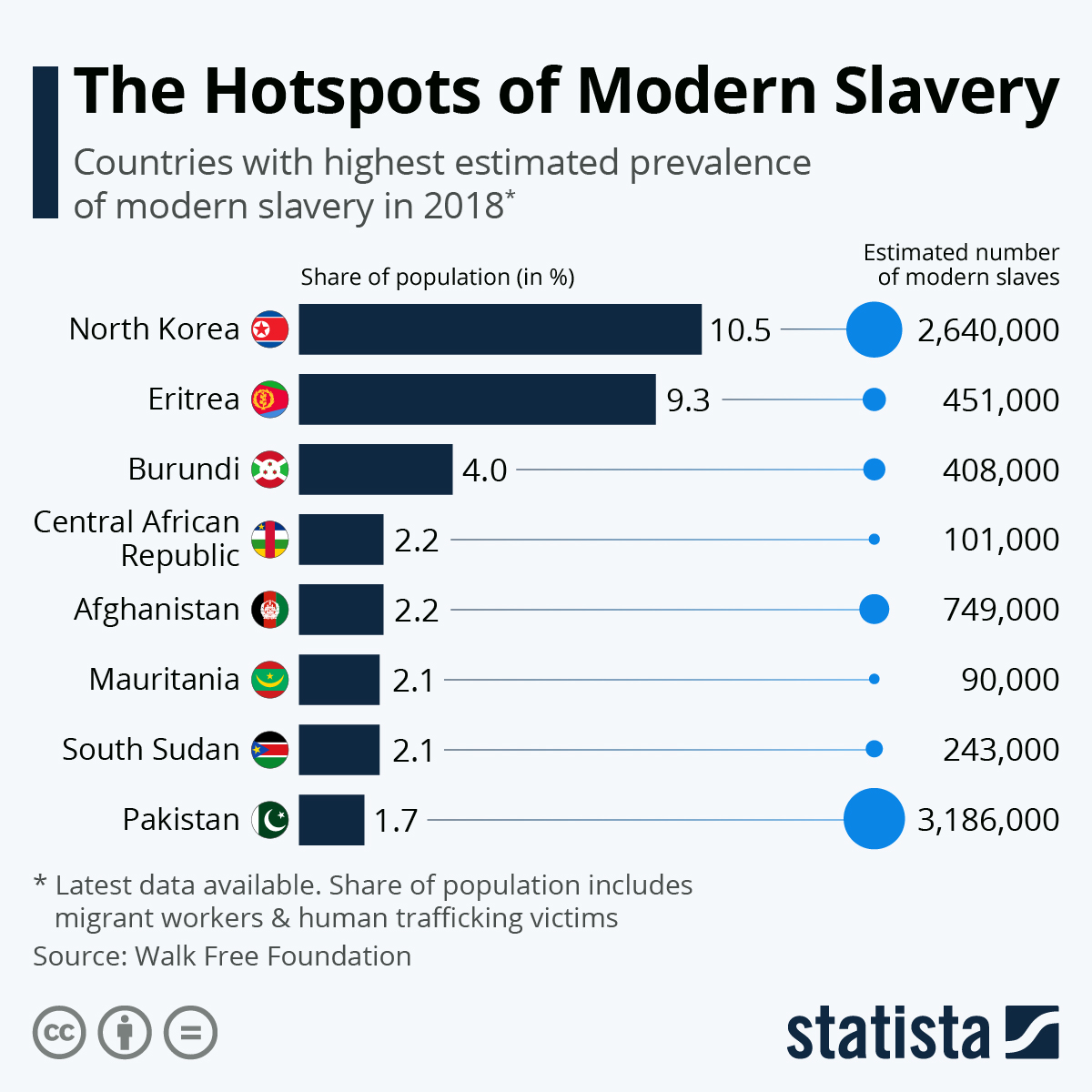 With 9.3 percent or an estimated number of 451,000 modern slaves, the African country of Eritrea comes in second on the ranking analyzing data from 2018. While Pakistan only has a population share of 1.7 percent living in slave-like conditions, it actually ranks third in the world when looking at the total number of people suffering under forced labor or forced marriage per country after China and India.

Since it's nearly impossible to get concrete numbers, the non-profit modeled its analysis on data from Gallup polls in 48 countries as well as evaluations of individual- and country-level risk factors like armed conflicts, governance issues including labor laws, lack of basic needs, the state of disenfranchised groups like migrants and women as well as general inequality levels in the countries included in its report.