The already ambitious global carbon emission reduction goals were dealt a significant blow this month as China, having recently pledged to end all future foreign coal power projects, announced that they would be further committing to domestic coal expansion - likely pushing back the year the country expects to reach peak emissions (currently 2030), referencing a new “phased timetable and roadmap for peaking carbon emissions”

Statista's Martin Armstrong reports that, in a statement after a meeting of Beijing’s National Energy Commission, the Chinese premier, Li Keqiang said:

“Given the predominant place of coal in the country’s energy and resource endowment, it is important to optimise the layout for the coal production capacity, build advanced coal-fired power plants as appropriate in line with development needs, and continue to phase out outdated coal plants in an orderly fashion. Domestic oil and gas exploration will be intensified.”

As data from Global Energy Monitor shows, planned and under construction coal plants in China already totaled 238 projects in July 2021, equating to an expected 260,017 megawatts of capacity. 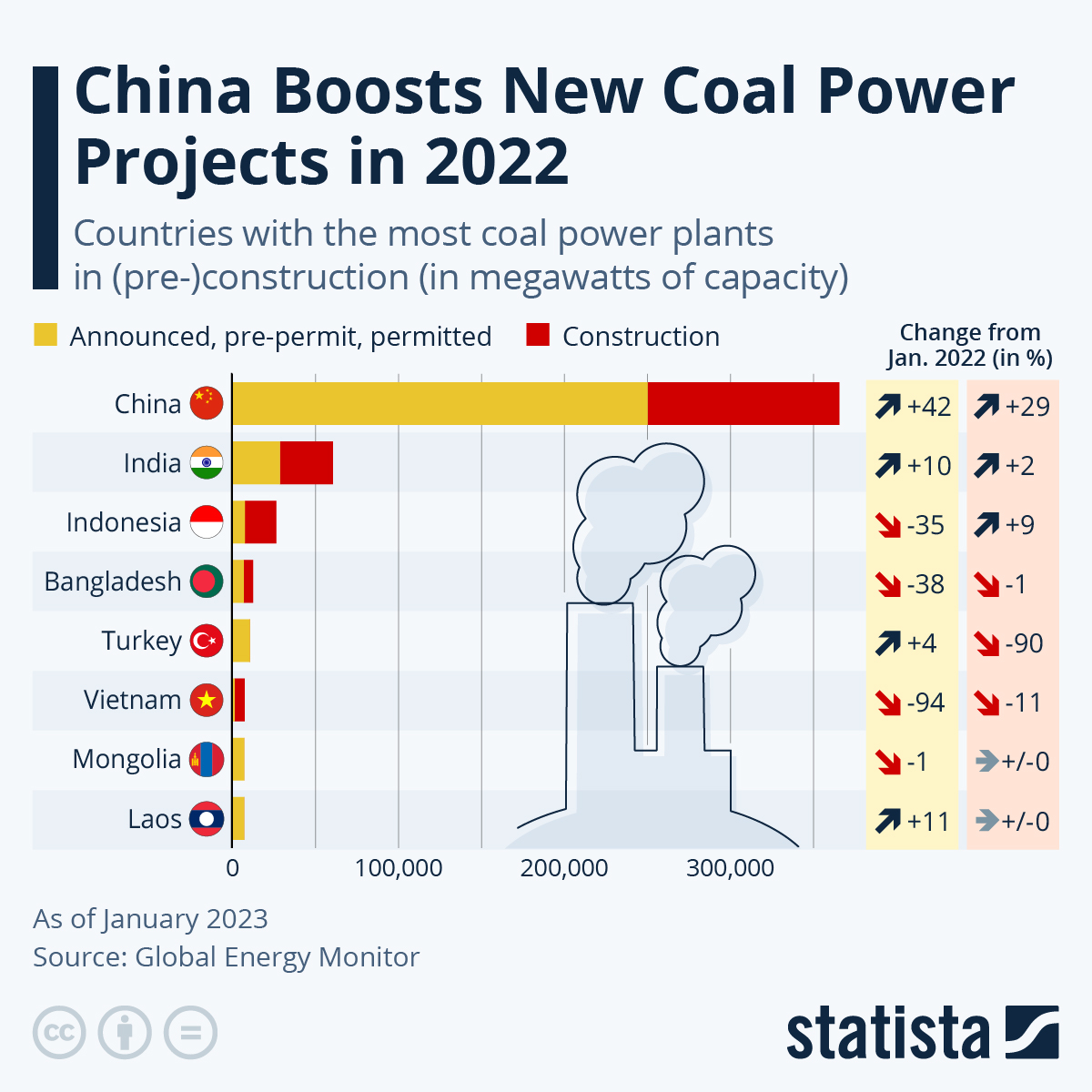 This new output accounts for over half of all the world's currently under construction coal energy capacity and puts China firmly ahead of all other countries still investing in the fossil fuel.

We know at least on person is going to be furious...