Whether you call it Coke, Cola or refer to it by its actual brand name Coca-Cola: Everybody around the world knows the soft drink. Its red-and-white design is ubiquitous and even responsible for Santa Claus' wardrobe choice. Still, as Statista's Florian Zandt notes, the beverage isn't legally available everywhere in the world.

There are two countries where you won't find the carbonated drink in stores – at least officially. 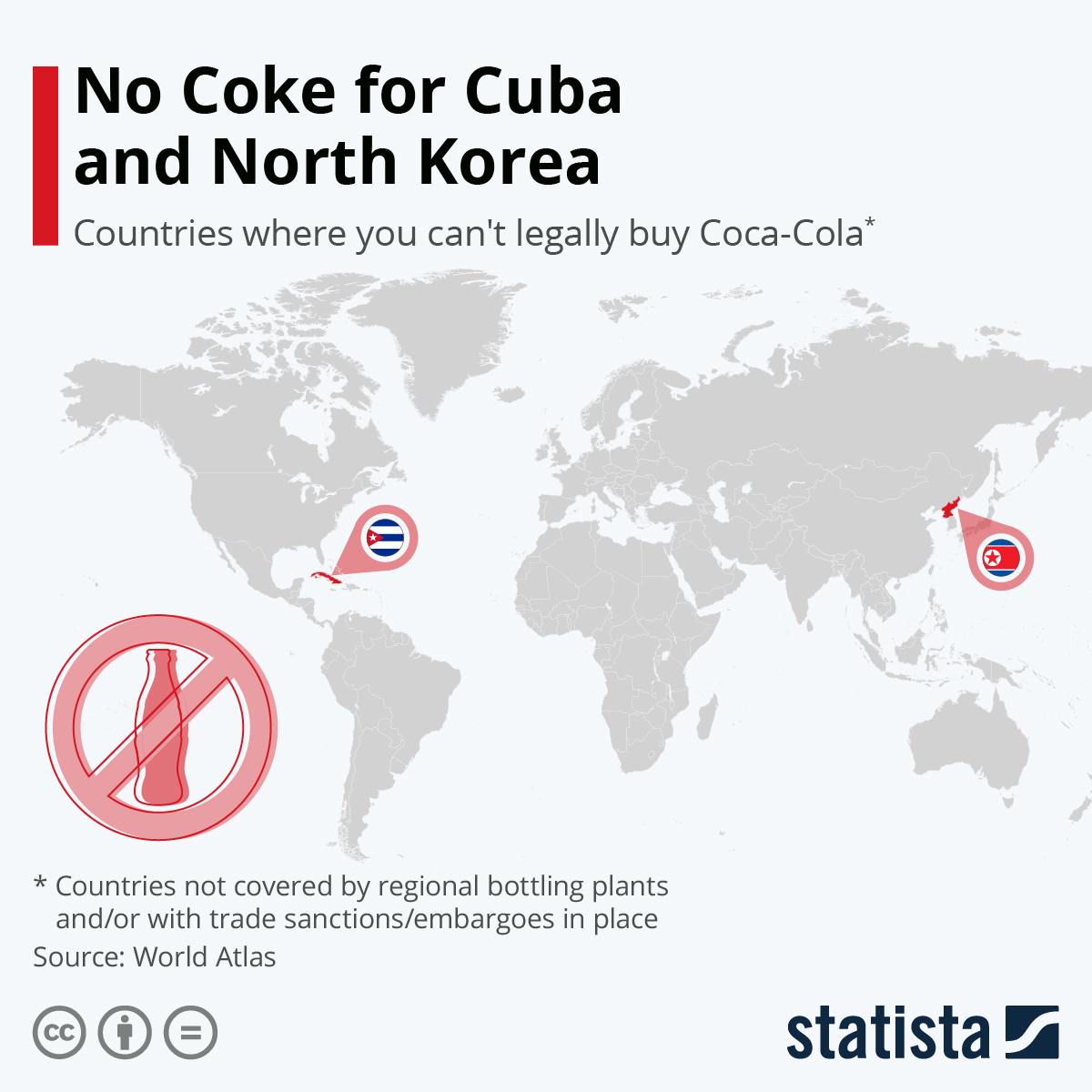 Due to ongoing trade embargoes and sanctions, there are currently no legal avenues to buy Coca-Cola in Cuba and North Korea. That isn't to say that you can't get your hands on the drink in any other way, just that importing or bottling the beverage is not officially possible in these places.

Up until 2012, Myanmar was also a country where you couldn't legally buy a Coke. After the ban was lifted, the soft drink manufacturer invested $200 million to kickstart distribution in the area. Over the last century, the people of Vietnam and China also had to make do without Cola for a couple of years, with the brand's beverages becoming available again in 1994 and 1979, respectively.

On its website, Coca-Cola lists 202 markets across four regions where its drinks are sold and marketed. This number, however, has to be approached with caution, since the company doesn't clarify what constitutes a market and there are currently only 195 UN members, with Taiwan being a potential 196th. The sales of its various beverages in these markets, however they may be defined, generated 75 percent of the company's $33 billion operating revenue in 2020, with bottling investments and global ventures making up the remaining 25 percent.