Norway has topped the list as the best place for women to live, followed by Finland, Iceland and Denmark, according to the latest report by the Georgetown Institute for Women, Peace and Security.

The UK follows in 9th place out of the ranked 170 countries, with the U.S. in 21st position.

As Statista's Anna Fleck notes, one possible reason for America to be trailing behind, could be its lack of paid-maternity leave. Along with Papua New Guinea, the U.S. is the only country worldwide that doesn't offer new mothers the social benefit. 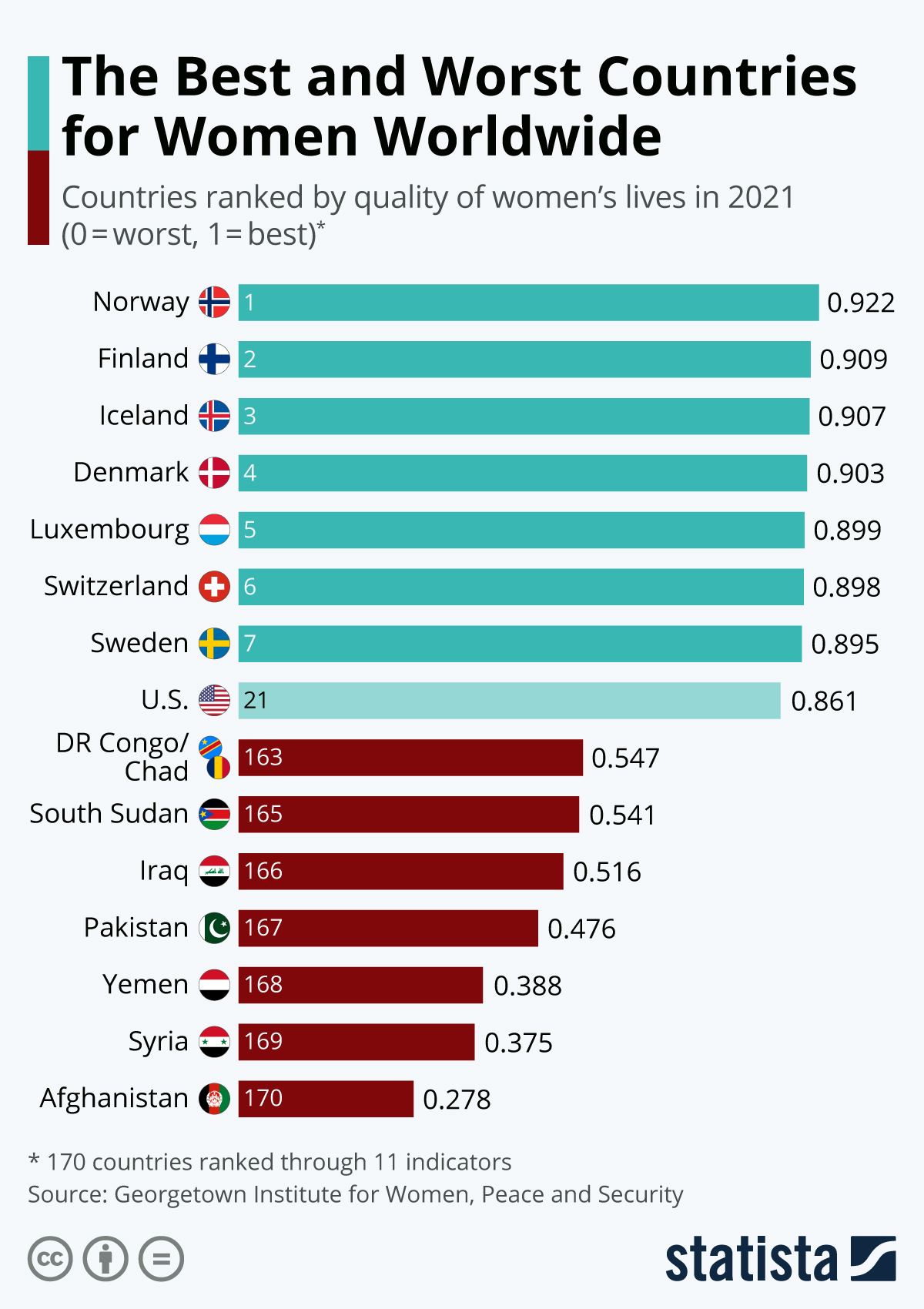 At the other end of the spectrum, Afghanistan ranks in last place on the global index.

Women’s rights have plummeted in the country ever since the Taliban’s takeover of Kabul in August 2021 and the US and NATO’s withdrawal. The authors of the report note how the analysis reveals a “precarious situation in many provinces where women and girls were already experiencing severe constraints on their opportunities outside the home and extremely high rates of violence.” Syria and Yemen, both countries that are still embroiled in years-long conflict, come in second and third to last place.

The report paints a dismal picture, revealing how while the countries at the top are continuing to flourish, those at the bottom are falling further behind. This widening gap, and worsening of inequalities in the status of women, reflects wider trends of income inequality and wealth. According to the report, this pattern has been exacerbated still further by the Covid pandemic, which triggered multiple, intertwined crises.