The Beijing Winter Olympics are officially kicking off on Friday to almost no spectators. However, as Statista's Katharian Buchholz notes, while the loss in tourism revenue due to the absence of foreign fans certainly has certain local businesses losing out, the International Olympic Committee is still expected to be earning a fair sum with the Winter Games. As seen in IOC data, TV rights make up the bulk of IOC revenue for Winter Games.

And that sum has only gotten bigger over the years. 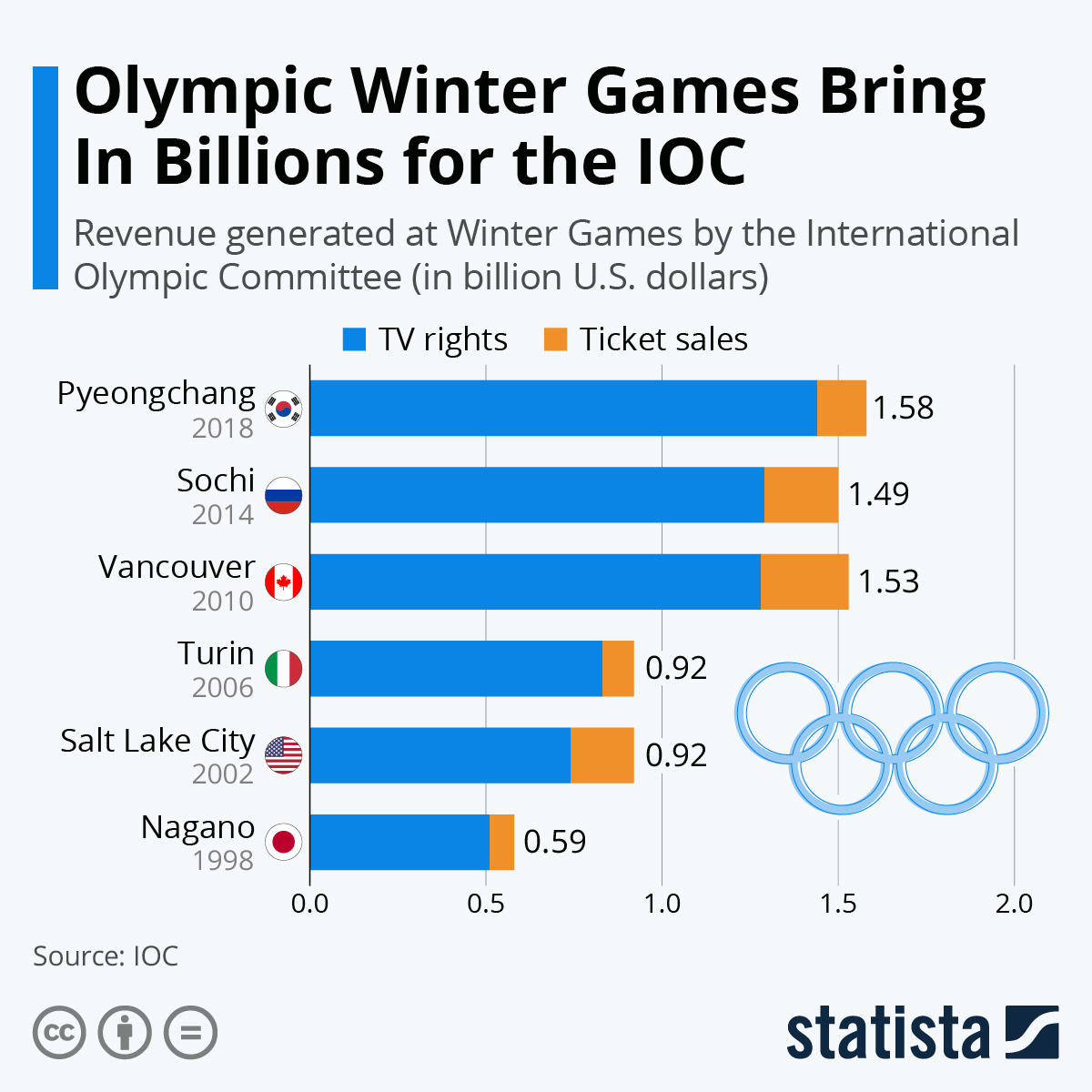 While the 1998 Nagano Games in Japan only brought in around half a billion U.S. dollars in TV rights, that number was closer to $1.5 billion for the latest Winter Games that took place 2018 in South Korea’s Pyeongchang. Ticket sales on the other hand bring in a much smaller revenue share.Even if tourists could visit, the impact on the local economy from Olympic Games is not major anyways. According to a study by the Austrian Institute of Economic Research, Olympic Winter Games in the past have not had a measurable economic impact neither on the regional nor on the national economy of the countries that have hosted them. Because of their bigger dimensions, Olympic Summer Games were able to raise GDP per capita by 3 to 4 percent regionally, according to the study.

This From Feb 4-20, 2022, this year’s Winter Olympians will be competing in the Beijing Games. The competition is the second Olympic Games held under pandemic conditions after the Tokyo 2021 Summer Games. The capital of China was the venue for the Summer Olympics in 2008 and therefore already has an existing infrastructure for the sporting competitions.