Via Veterans For Peace,

After Armistice Day was rebranded Veterans Day by U.S. Congress, it quickly morphed into an occasion for honoring the military...

Over one hundred years ago, in 1918, the world celebrated peace as a universal principal.

The first World War had just ended and nations mourning their dead collectively called for an end to all wars.

Armistice Day was born and was designated as “a day to be dedicated to the cause of world peace and to be thereafter celebrated.”

Honoring the warrior quickly morphed into honoring the military and glorifying war. Armistice Day was flipped from a day for peace into a day for displays of militarism.

Veterans For Peace has taken the lead in lifting up the original intention of Nov. 11th – as a day for peace. As veterans we know that a day that celebrates peace, not war, is the best way to honor the sacrifices of veterans. We want generations after us to never know the destruction war has wrought on people and the earth.

Veterans For Peace is calling on everyone to stand up for peace this Armistice Day. More than ever, the world faces a critical moment. Tensions are heightened around the world and the U.S. is engaged militarily in multiple countries, without an end in sight.

Here at home, we have seen the increasing militarization of our police forces and brutal crackdowns on dissent and people’s uprisings against state power. We must press our government to end reckless military interventions that endanger the entire world. We must build a culture of peace.

This Armistice Day, Veterans For Peace calls on the U.S. public to say no to more war and to demand justice and peace, at home and abroad. We know Peace is Possible and call for an end to all oppressive and violent policies, and for equality for all.

Numbers from the Census Bureau show that despite the continued U.S. involvement in overseas conflicts, older veterans remained the norm in the U.S. As Statista's Katharina Buchholz notes,  as of 2019, more than half were over the age of 65. 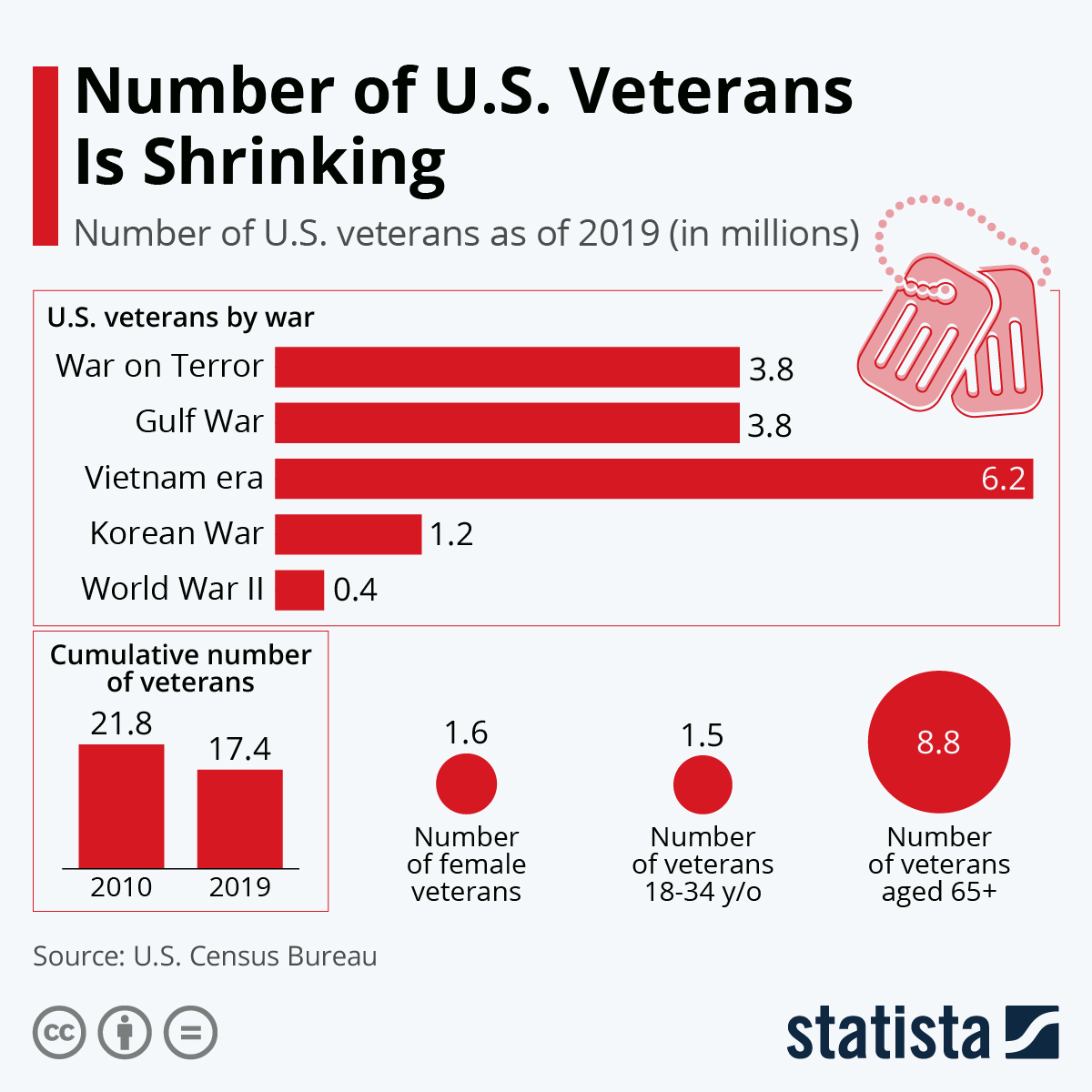 The number of U.S. vets is expected to further decline as the largest group among them remain the older Vietnam vets.