When it comes to manpower, no military in the world comes close to that of China.

According to Global Firepower estimates, the People's Republic has around 2 million active military personnel. The United States in comparison, has significantly less - 1.4 million - but when assessing the overall power of the world's military forces, the U.S. comes out on top, ahead of Russia and China in second and third, respectively. 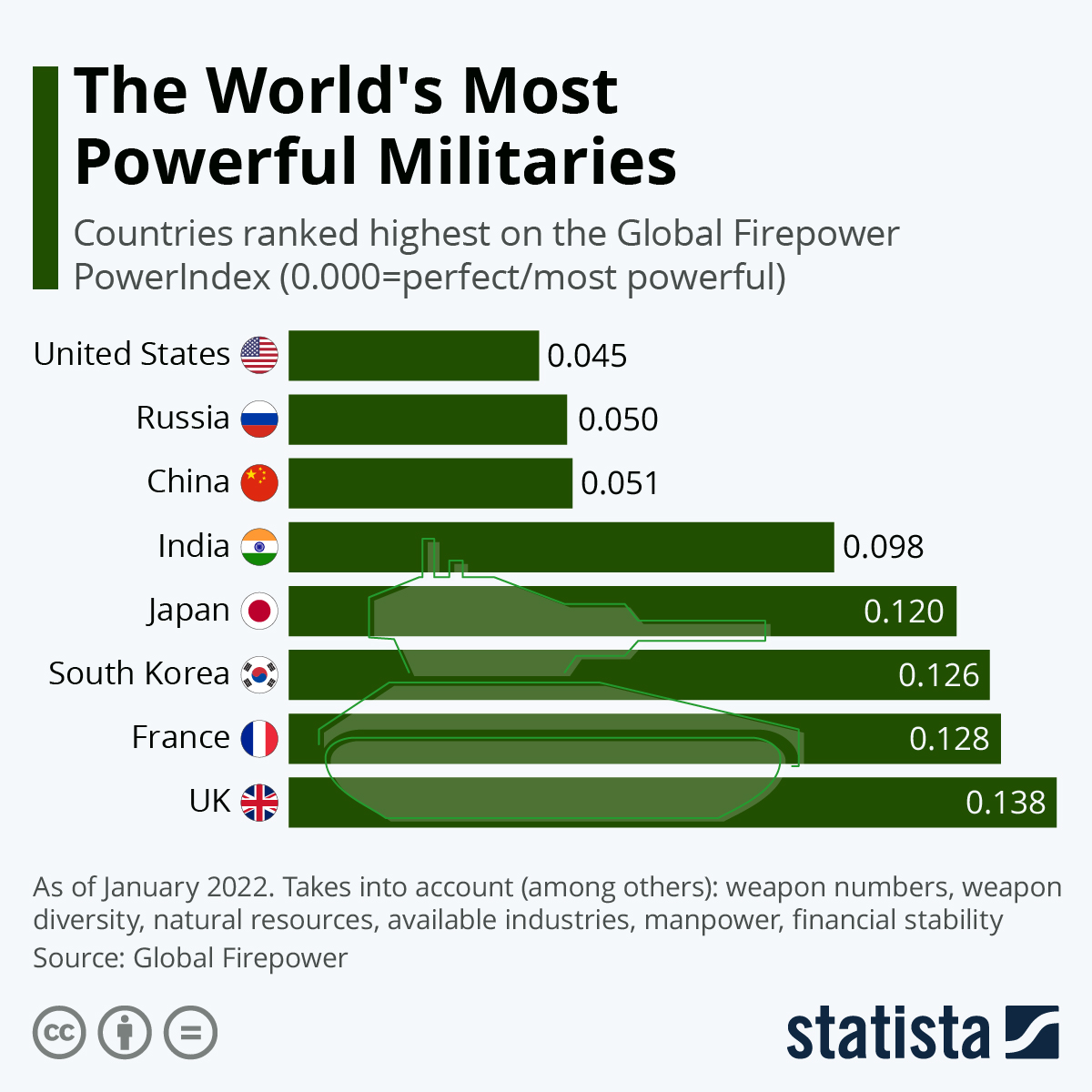 With Russian military build up around Ukraine and increasingly aggressive posturing from the Kremlin, the chances of at least one of the world's most powerful militaries applying its strength in a major new conflict appear to be at their highest for some time. Diplomatic efforts have so far failed, and it now remains to be seen how Russia will act. Elsewhere, the risk of China and the United States clashing in some form over Taiwan remains ever-present.

The index "utilizes over 50 individual factors to determine a given nation's PowerIndex score with categories ranging from military might and financials to logistical capability and geography." While a rating of 0.000 would represent the perfect score, it is considered realistically unattainable.