Queen Elizabeth II Is The Most Admired Woman Ever (Even More Than Oprah!)

Former first lady Michelle Obama was the Most Admired Woman in 2019, with current FLOTUS Melania Trump coming in second place.

But, as Statista's Maria Vultaggio notes, it’s Queen Elizabeth II who has appeared on the list the most.

The queen has landed in the top five more than 50 times since Gallup started their annual survey in 1948. 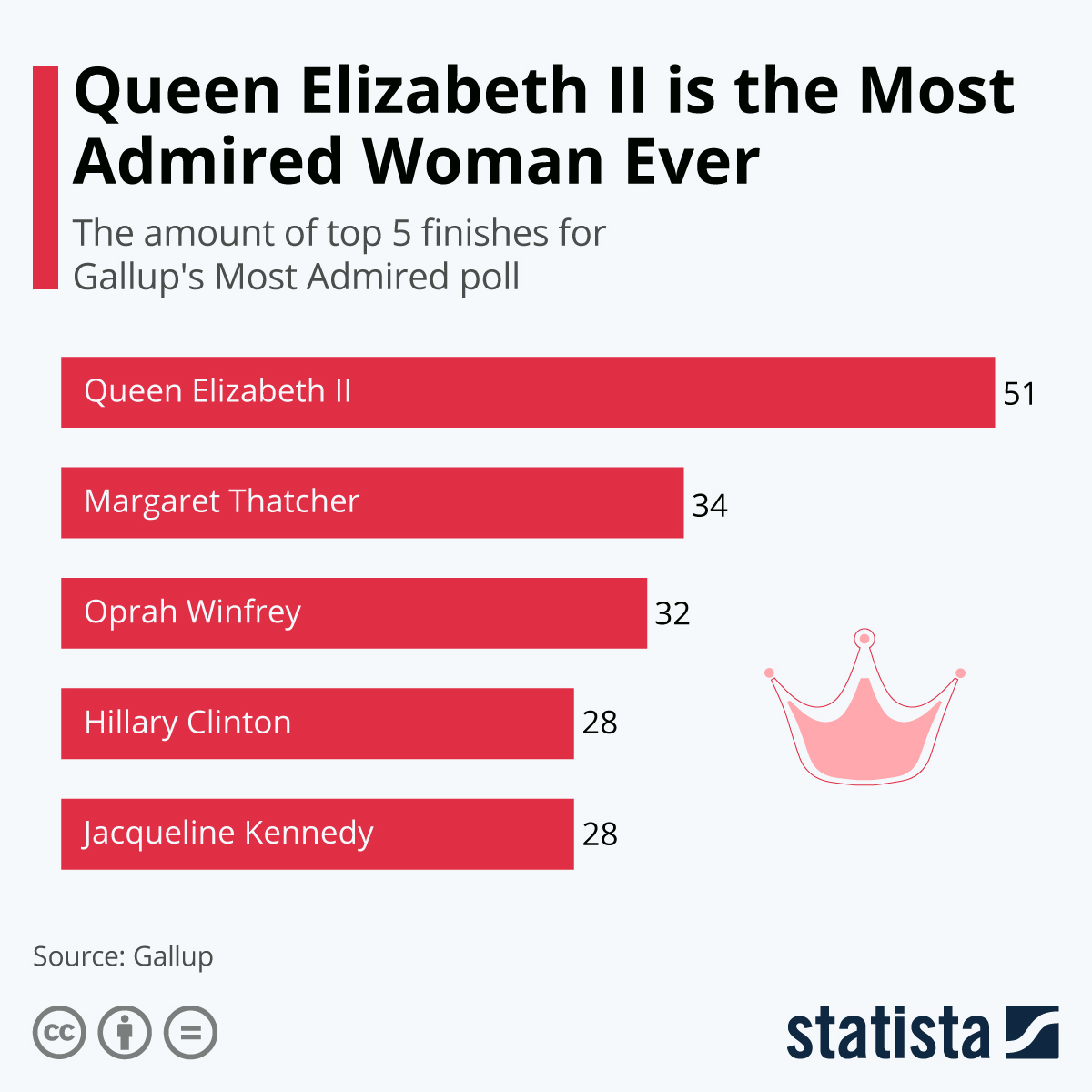 While the British monarch appeared on the Most Admired list for the 51st time in 2019, she said it was a “bumpy” year in her annual Christmas speech.

“The path, of course, is not always smooth, and may at times this year have felt quite bumpy, but small steps can make a world of difference," she said, talking about the need for compassion and understanding.

Many inferred she was referring to Brexit (or perhaps her son Andrew's debacle). To much controversy and debate, the United Kingdom is slated to withdraw from the European Union no later than January 31, 2020.