Russian figure skater Kamila Valieva has officially qualified for tomorrow's free skate medal event amidst an ongoing doping controversy. Even though she tested positive for the banned drug trimetazidine in December, the Court of Arbitration for Sports (CAS) ruled that Valieva is still allowed to take part in further events. Meanwhile, the medal ceremony for the team skate competition, which saw Valieva and her fellow team members scoring gold, will be postponed until she's cleared of any accusations.

And, as Statista's Florian Zandt details below, if Valieva were to be denied her team gold medal, Russia would have been stripped of its 52nd Olympic medal due to doping as Zandt shows in the chart below... 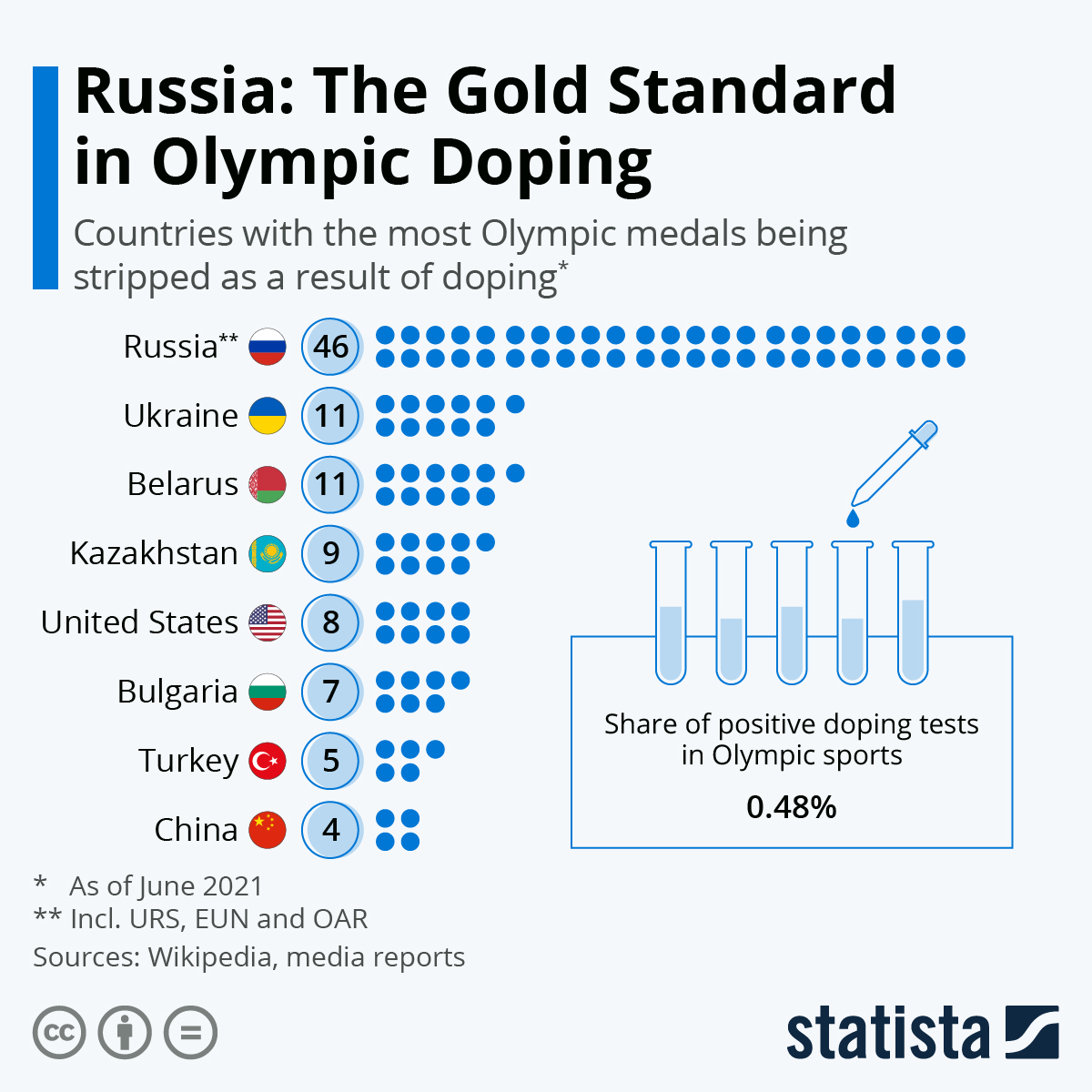 According to data from World Atlas, the Russian Federation holds the record for having to forfeit the most Olympic medals in history. The Russian Olympic Committee has long been suspected of systematically supplying their athletes with performance-enhancing drugs. Numerous investigations and reports resulted in a four-year ban on the participation of the country's athletes in global sporting events put into effect by the World Anti-Doping Agency (WADA) in 2019. One year later, the length of the ban was reduced to two years by the CAS, which enabled Russia to officially take part in this year's Winter Olympic Games.

Sharing second place are Ukraine and Belarus with 11 medals stripped, while Kazakhstan ranks third with nine medals. Overall, Eastern European and former Eastern Bloc nations make up the majority of the top 8 countries having to forfeit their Olympic medals.

While these numbers, especially for Russia, seem high, positive doping tests at the Olympic games have actually gone down in the last couple of years. After a record of 91 and 132 positive tests in the Summer Games of 2008 and 2012, respectively, the 2020 Summer Olympics saw only nine athletes testing positive for potential performance-enhancing drugs according to data from ProCon.