Amid rising tensions between Russia, Ukraine and the West, Russia’s oil and gas exports rebounded sharply in 2021. According to the Bank of Russia, crude oil exports climbed to $32 billion in the fourth quarter of 2021, the highest level since 2014.

As a result of surging energy prices, Statista's Felix Richter notes that the country’s total oil and gas exports, including oil products and liquified natural gas, exceeded $240 billion last year, up 60 percent from $150 billion in 2020, when energy prices had slumped at the onset of the Covid-19 pandemic. According to figures from the Russian Finance Ministry cited by Reuters, the oil price averaged $69 per barrel in 2021, up from around $40 in 2020. The average price of natural gas exported by Russia reached $277 per 1,000 cubic meters in Q3 2021, up from less than $100 in Q2 2020, amid the Covid crash.

As the following chart shows, Russia’s merchandise trade surplus climbed to a record high of $67.6 billion in Q4 2021, despite the fact that the country’s imports also reached the highest level since 2013. 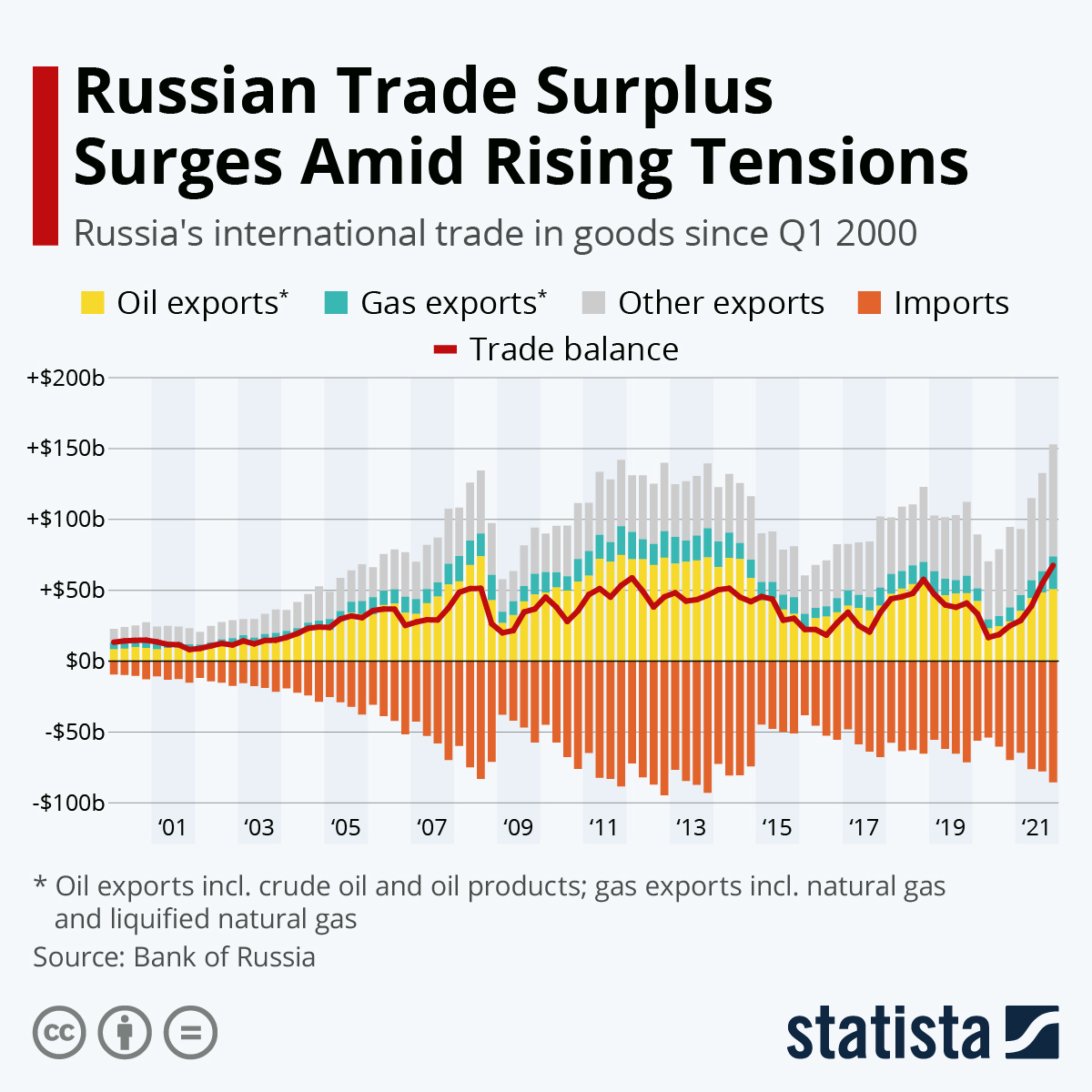 Russia is a major supplier of oil and gas to the European Union, making the current situation all the more complex. The European Union’s trade surplus crumbled in the face of surging energy prices in recent months, as the bloc’s energy imports swelled more than 70 percent to €381 billion in 2021. According to Eurostat, the EU’s trade deficit with Russia widened from €15.7 to €69.2 billion last year, as energy imports from the Russian Federation grew from €60 billion in 2020 to €99 billion in 2021.